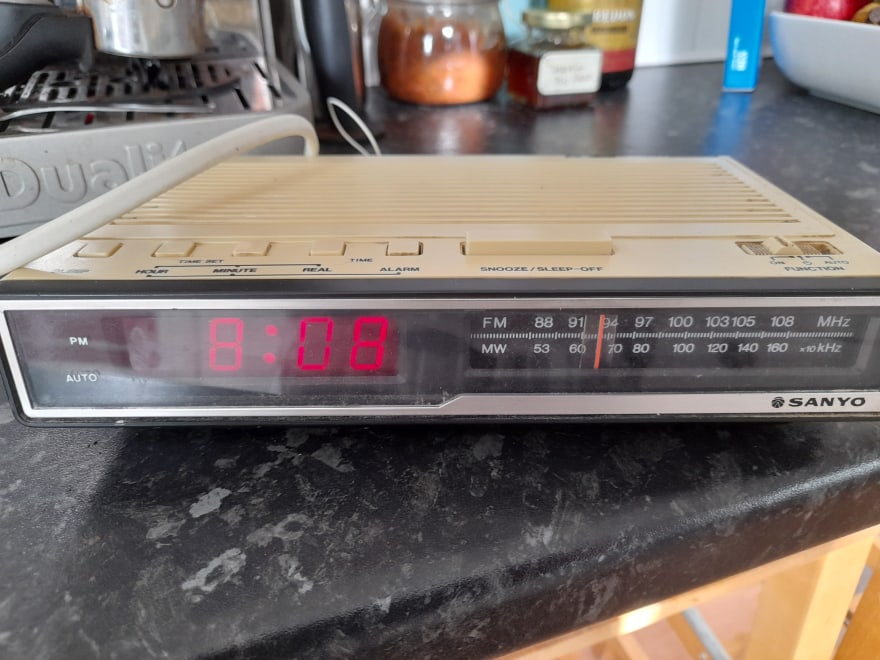 I've had this Sanyo RM5005 radio alarm clock since my 13th birthday back in 1985. It replaced a second-hand Morphy Richards model with a flip display. If you're not familiar with flip displays, they look something like this: 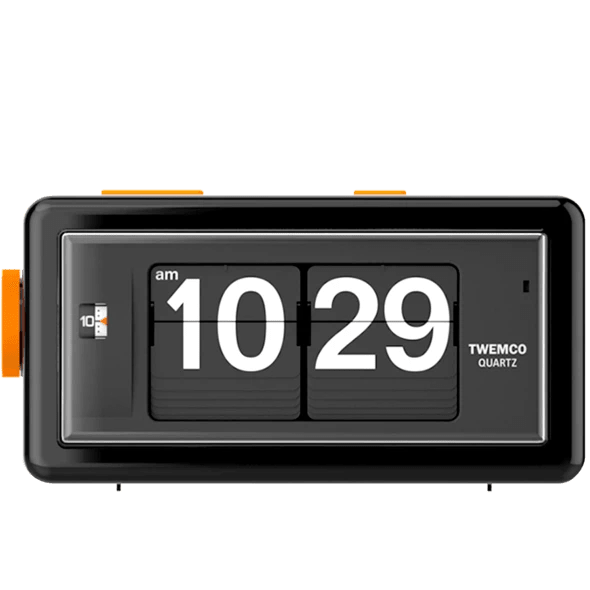 Anyway, it looks like the Sanyo was available in brown (or wood-effect?), black, or like mine, a white, which has now aged to a vaguely yellowish hue. A working model will set you back about £20 from the usual places, unless you happen to chance upon one in a charity shop.

I don't really want to part with this reminder of my youth (especially as it still works), but maybe doing a hack project on it would justify keeping it around?

So, the plan is to replace the innards with a Raspberry Pi. I thought the Zero WH would be a suitable board to use. They're small, cheap and more than capable of running an internet radio client and network time protocol client.

Here's where it gets fun. I took many things apart as a child, as my Dad trained as an electrician and I was interested too. Unfortunately, most of things I dissassembled never worked again afterwards. Hopefully this won't be the case here. 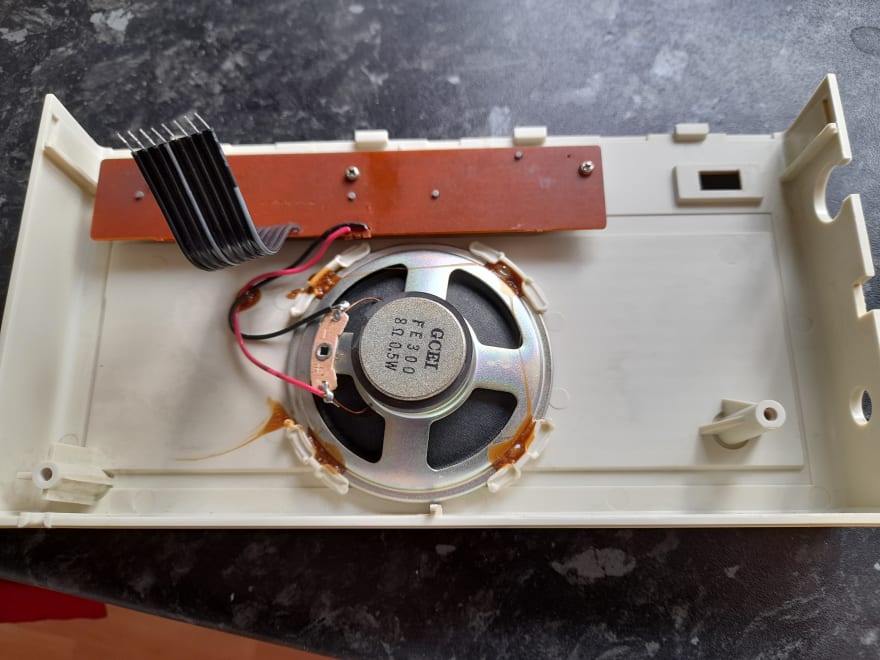 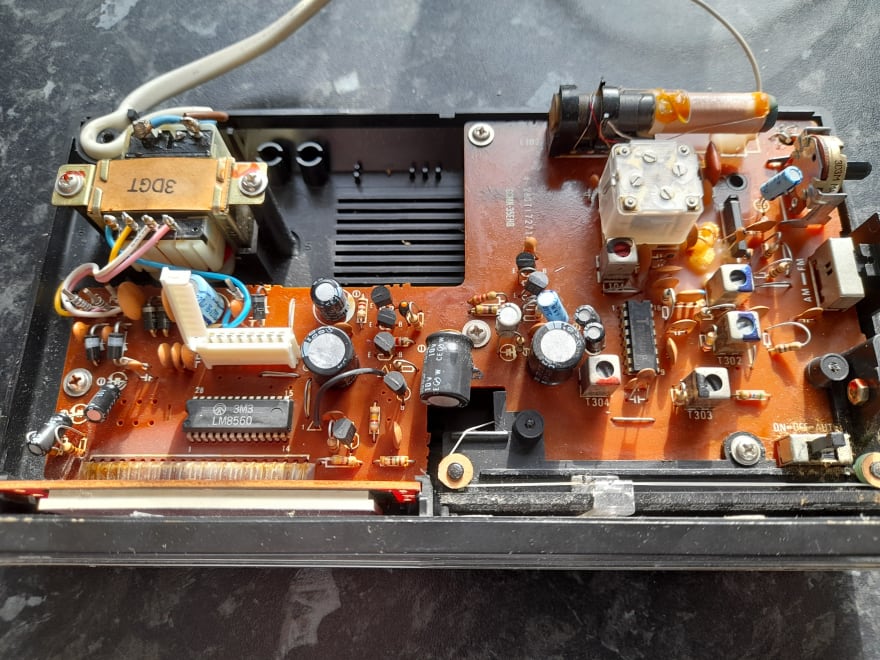 Like I say, this still works perfectly, but isn't it just a matter of time before one of those capacitors goes bang, and the magic smoke that makes the radio work escapes? We'll be ditching all of the power supply and circuit board, except for the speaker and LED display module, if we can salvage it. 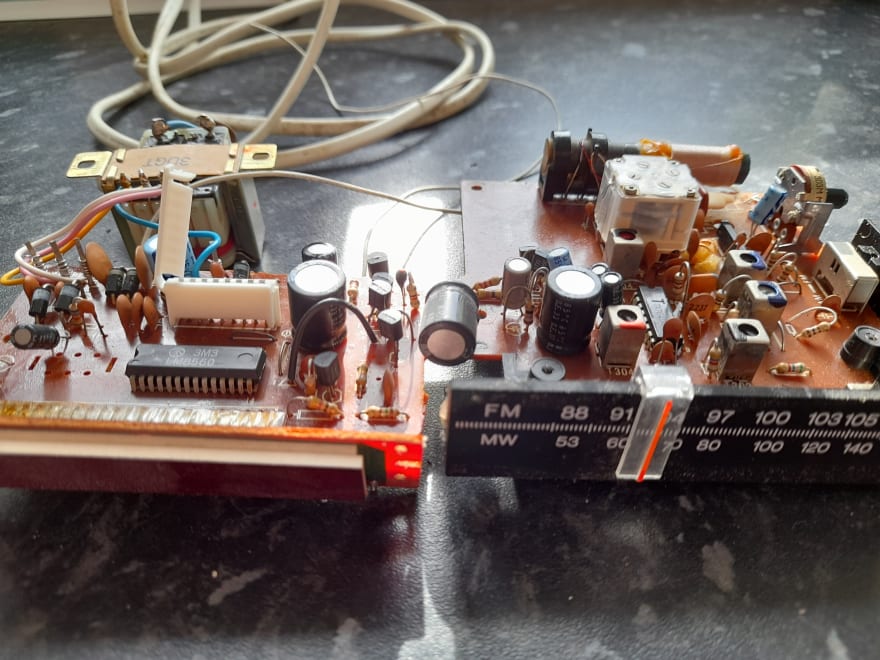 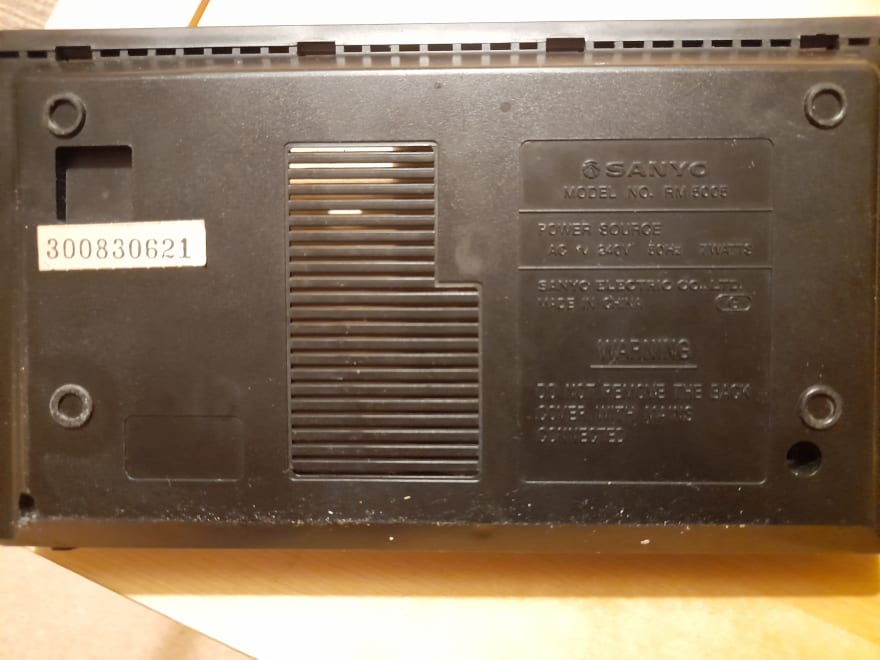 But would the Pi Zero fit? 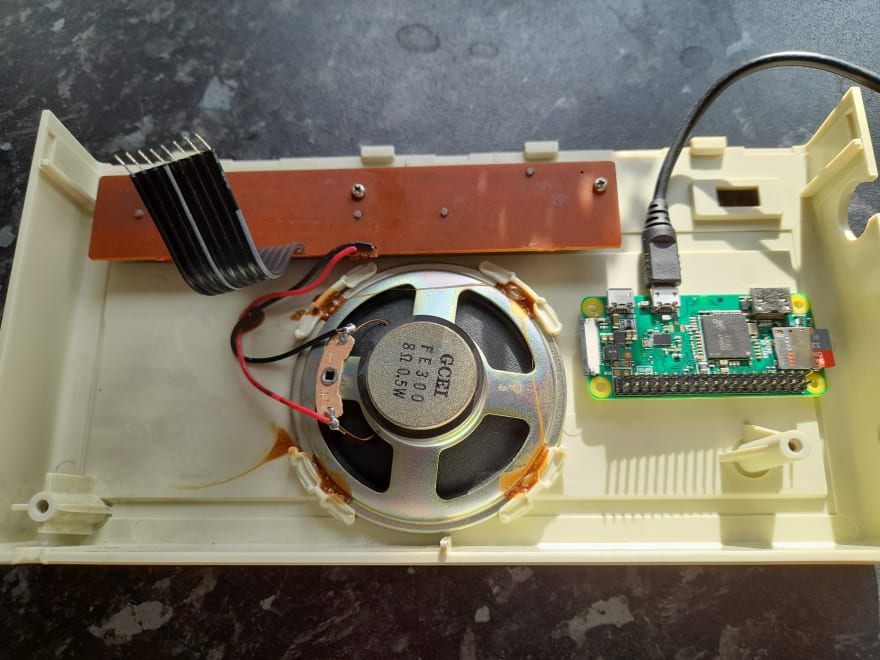 Looks like that's a yes. The amount of space prompted me to start thinking about adding an SSD for increased storage. Why not add the backup from my old iPod and turn this into a media server too? 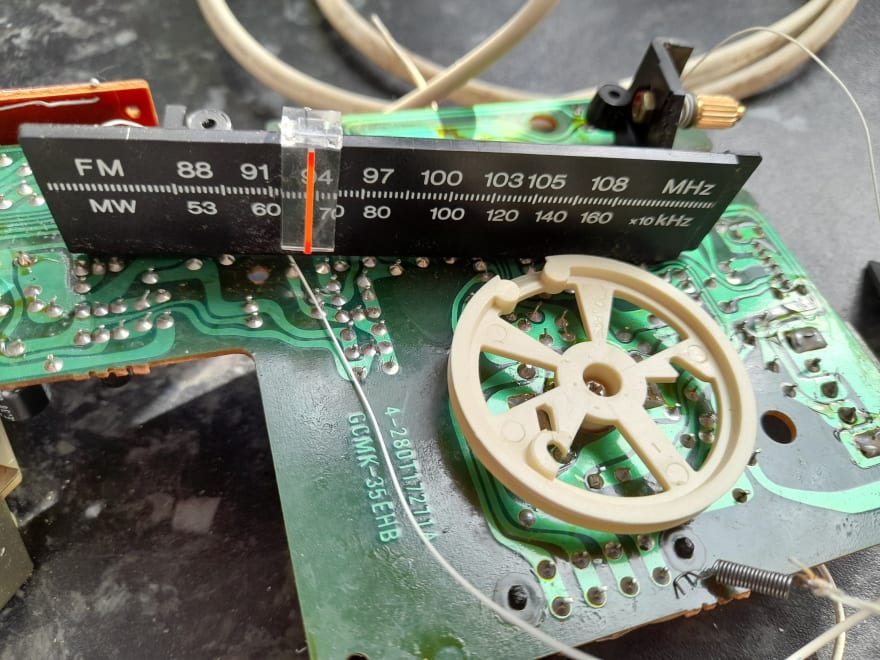 A hi-tech solution of a plastic wheel, a small spring and a loop of cotton kept this thing in tune for over 35 years! 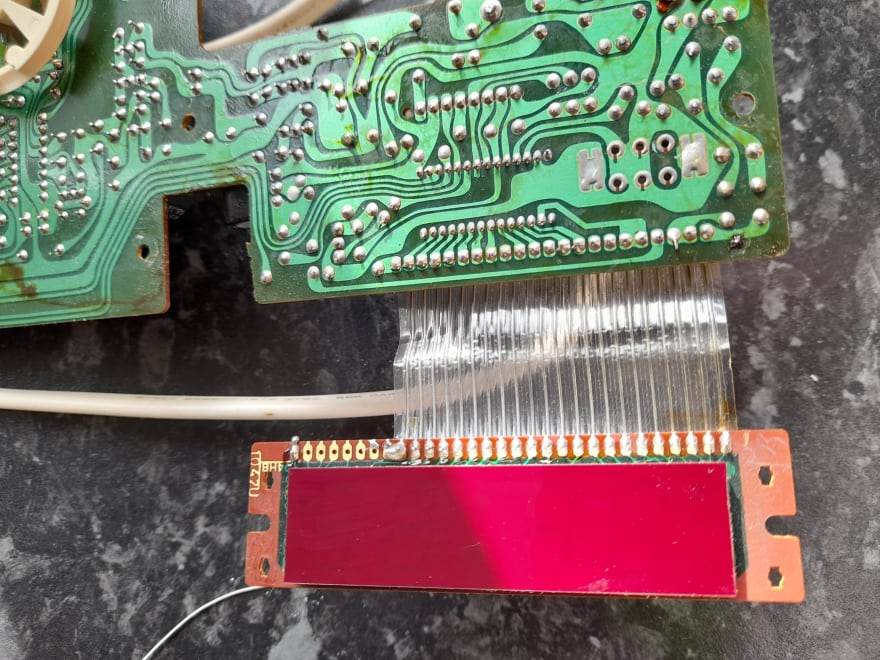 We will need to desolder the LED display or source a compatible module. It's a Sanyo SL-1042-27T. It's a very thin module, so I suspect the driver gubbins is on a separate chip. I know very little about driving LED modules, so at this stage I don't know if I can just bit-bang it from a Node.js script or what.

In fact it turns out the whole clock radio experience, including display driving, is provided by this 3M3 LM8560 chip: 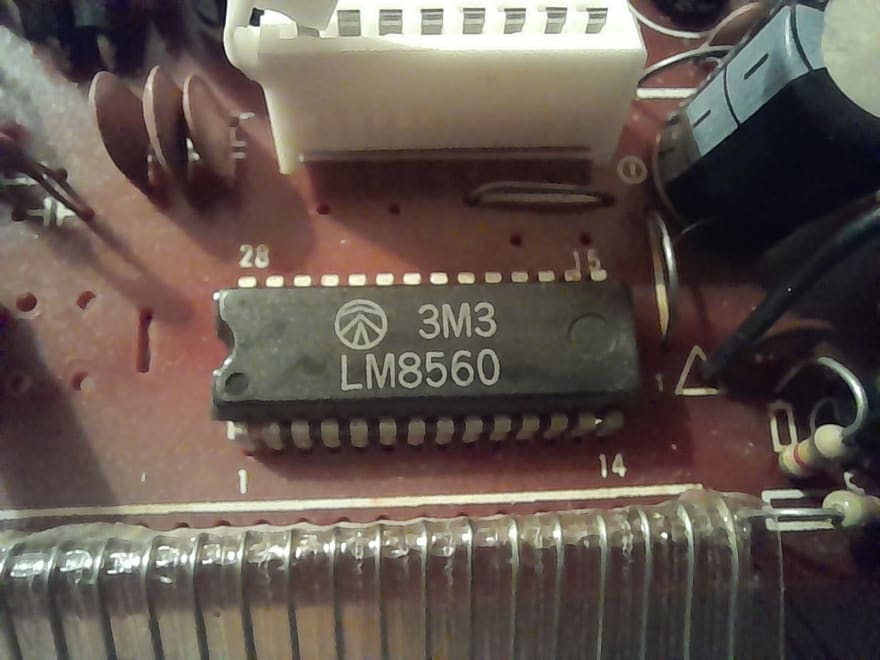 It looks like these will today set you back a whopping 60p each! Here's the datasheet in case we later need pin-outs etc.

Another outstanding question is: can we drive the speaker directly from a pair of GPIO pins, or do we need to source an audio module (or 'hat') for the Pi?

Booting and configuring the Pi.

How !to make a calling app in Flutter for Android devices

Once suspended, mikeralphson will not be able to comment or publish posts until their suspension is removed.

Once unsuspended, mikeralphson will be able to comment and publish posts again.

Once unpublished, all posts by mikeralphson will become hidden and only accessible to themselves.

If mikeralphson is not suspended, they can still re-publish their posts from their dashboard.

Once unpublished, this post will become invisible to the public and only accessible to Mike Ralphson.

Thanks for keeping DEV Community 👩‍💻👨‍💻 safe. Here is what you can do to flag mikeralphson:

Unflagging mikeralphson will restore default visibility to their posts.