Here I use Deno, which is a new alternative to Node. 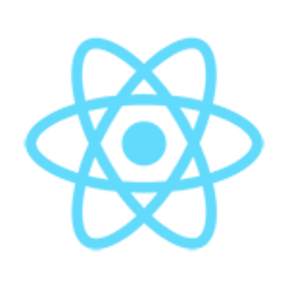 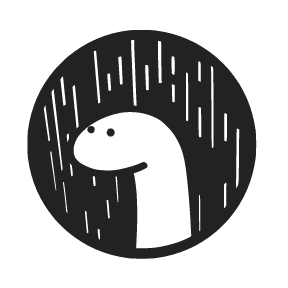 This template project uses Deno to build a React app (no Node.js here). The app gets deployed using GH Actions and then served as a GitHub Pages site. 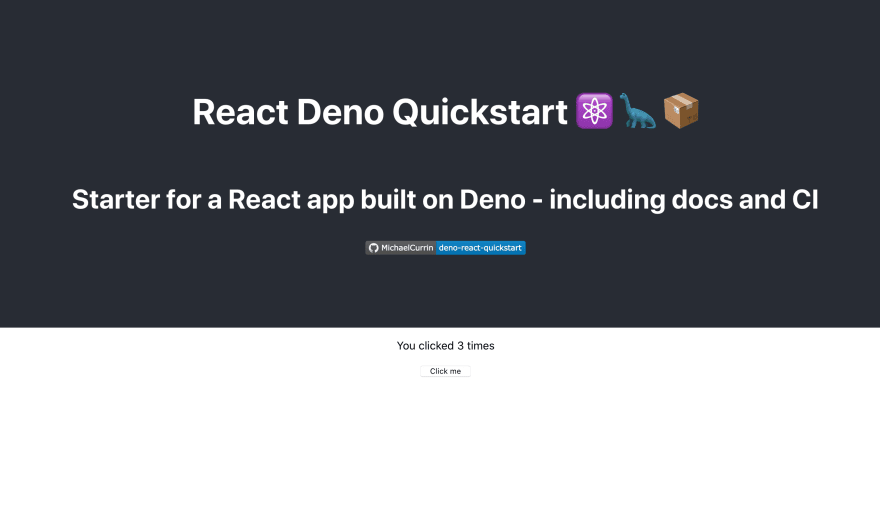 Create a bundled minified JS file of all your app code and depenendencies.

The output JS file then can be loaded in the browser using a index.html page. Which means you can host your rendered React application as SPA web app anywhere, such as on GitHub Pages (like this project) or Netlify.

No need for Node here.

No need for NPM to manage packages.

No need to install additional packages to handle JSX, TypeScript, linting, formatting or bundling. Deno can do it all. 💪 🚀

As with the Frontend approach in the previous post, you can do imports by URL in Deno.

You don't even need an install command - Deno will download the packages when a script is run and then cache them for repeat runs.

How do you avoid duplicating a long URL all over your app and avoid inconsistent versions numbers - like 17.0.1 in one file and 17.0.2 in another? You can centralize your dependencies. The convention in the Deno community is to use a deps.ts module (by the way, import maps are also possible).

Now that you have say React loaded by URL and exported, you can import it in another script with a short local module path.

Assuming you have make installed, you can run commands defined in the project's Makefile. This is my preferred way of replacing the scripts section of package.json, but also works great for Go, Python, Rust, etc.

This task will do two things:

That uses the Deno CLI internally, to run two commands like this in parallel.

Deno requires you to be explicit with permissions like read, write and network access. So using make CLI and a Makefile is a great way to abstract away the verbose commands.

As with the Node template in this post series, GitHub Actions is used to build and deploy static content to be served with GitHub Pages. Instead of NPM, the Deno CLI is used - through the make commands.

Who should use this template?

I'd recommend looking at my Deno template if you already know Node but feel that package management, bundling, and other dev tooling are causing you anxiety and needs to be simplified.

Also, the Frontend template and this Deno template have similarities in managing packages by URL in scripts, so it is useful to have a look at those two projects side by side.

Tell me more about Deno!

Deno is still in its early days (only in version 1) and it is controversial (some call it the "Node killer" and others think not so much).

So I'm not going to go into the details of Deno here.

Yes, it does add convenience, but, it also has its learning curve and its own way of doing things, and it is unstable (some CLI commands require use of --unstable so that they work).

Though, the Deno homepage and the blog posts out there do a good job explaining its purpose and some pros and cons. But make sure you balance a variety of opinions before making a judgment. And keep your opinion open to change based on more info and your own experience.

Enable Emmet support for React in VS Code

Why do Webdevs keep trying to kill REST?

Michael
I'm a self-taught dev focused on websites and Python development. My friends call me the "Data Genie". When I get bored, I find tech to read about, write about and build things with.
Rant on JS naming
#javascript #webdev #rant
Tools for designing a web project
#webdev #beginners #design #wireframing
Search Dragon - my search engine web app 🔍🐲
#vue #webdev #javascript #showdev