I've been the software developer for several years now. But in this profession there was sill an area in which I have exactly 0 experience - gamedev. I know I can watch tutorials about the Unity and build 3d games in two weeks. But to tell you the truth - it's not what I like. I like to know how it exactly works, not only how to use the framework.
Modern games engines are really, really too complicated to understand them. Even games from '90 are too complicated for me - especially when I have no experience in game development, and also too little in C language.
So I decided to start with the basic. How the games works on yours old, two-color phone? Simple gameplay, low graphic, poor hardware - I think it's the good point to start the journey.

There is a toy on the market called MAKERbuino. Actuallt it's Gamebiono Classic that you can solder by yourself. 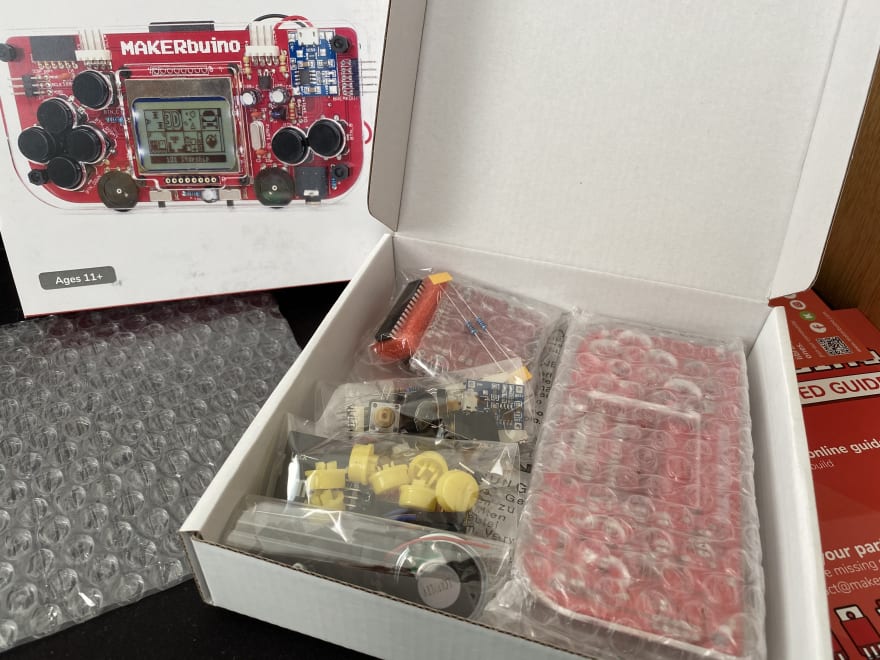 The box contains few resistors, some buttons, one old screen and so on. 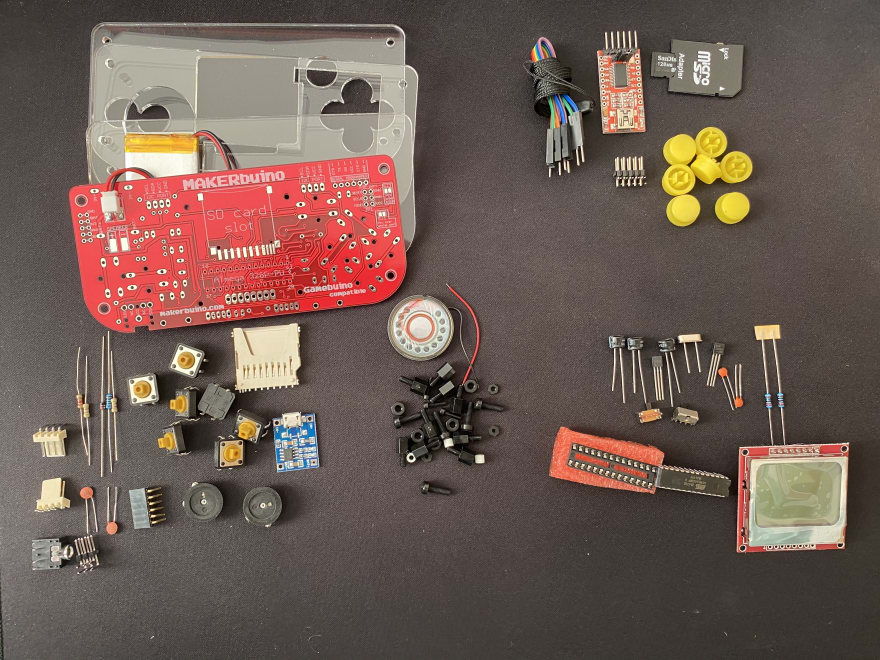 I'm not sure why my console was delivered with connected battery, but well, doesn't matter, it works anyway.
To be honest - I'm really hopeless in soldering. But hey, practice makes perfect!
So I prepared all the necessary tool... 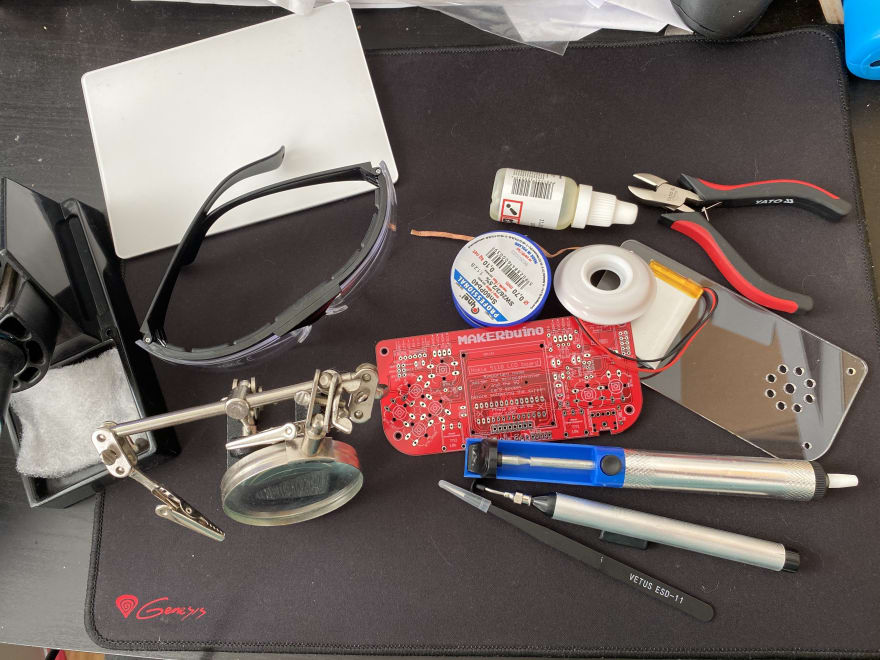 ... and I started soldering 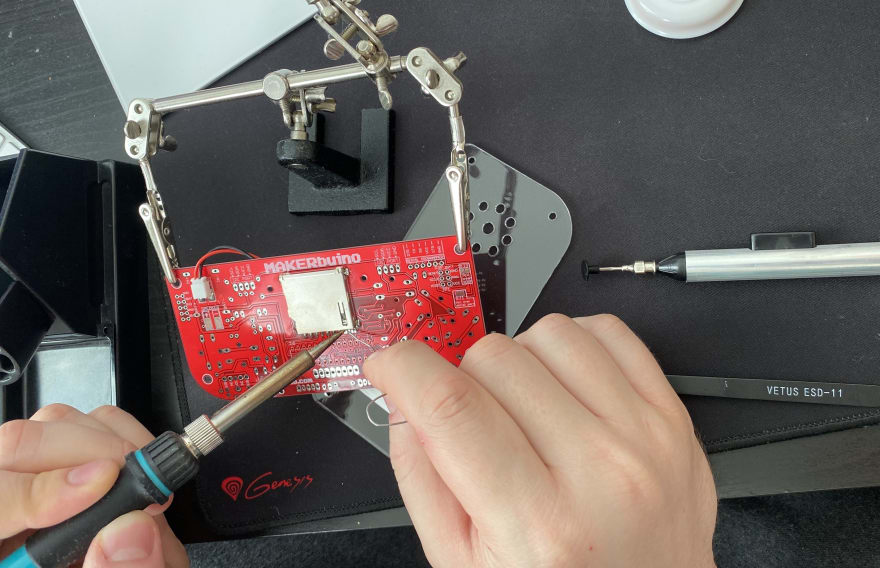 I'm such a noob I didn't realize I was soldering with the battery connected!
The official guide is really user-friendly. It says that it should take 5 hours, I've done it in 4. 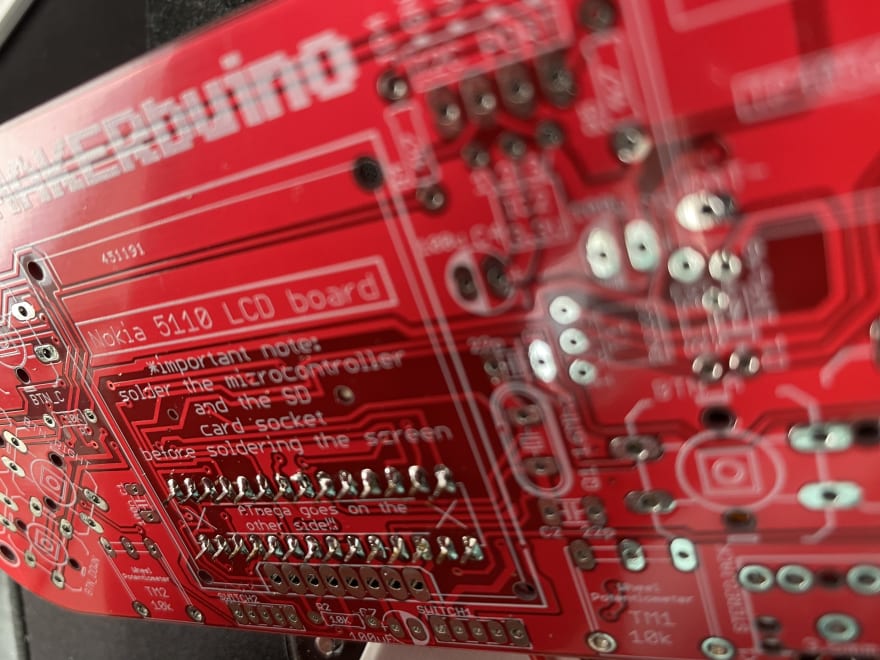 Not perfect, not terrible. The most important thing is that it works.
Four hours and one liter of water later finally I've soldered the console. 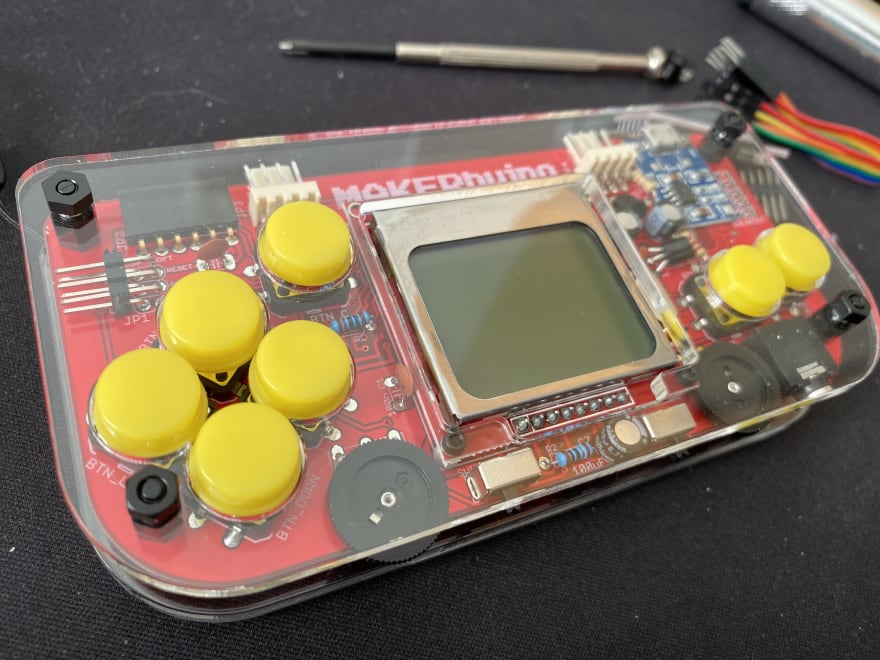 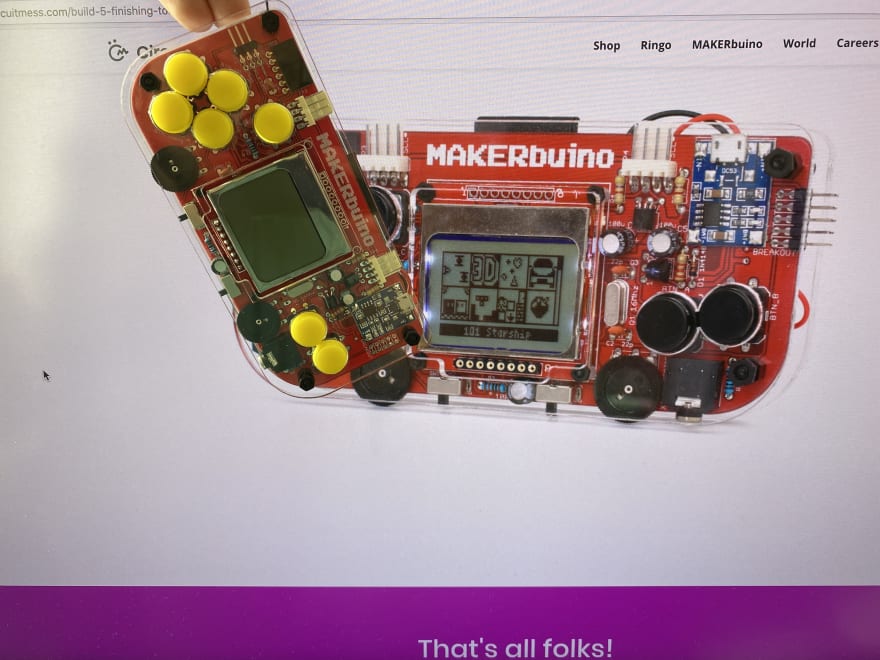 WOW, everything works, I'm so proud of myself.
There is only one big shortcoming - the "click" sound, it is sooo loud...

ATmega328p-pu - 2kB of RAM and an 8-bit CPU at 16MHz. I've programmed few times on so poor computer (for example I made a 3d printed fish feeder with Adruino), but sill - nowadays it's a little challenge, I can't use a dozen of frameworks. Also, I have to use skills sightly forgotten by modern programmers - optimization.
MAKERbuino is built on Arduino, so I had to configure my Arduino IDE. Fortunately official guide explains very well how to do it. Arduino IDE is not as good as Intellij Idea for example, it's very poor to be honest. But to create 100 lines of code it's good enough.

So, how to create a game? I don't know. There is no tutorial, no API. But MAKERbuino is after all Gamebuino Classic. So I used the Gamebuino tutorials. Official Gabebuino Academy is nice place to start. But it uses the new Gamebuino - with colorful screen and little different API - so I had to forgot about coping-and-pasting. I read those tutorials to understand the process and start thinking like a game developer. I've also had to use old reference to write the code.

Uploading the game to the console is not the fastest process in the world. And that loud sound of clicking. Fortunately there is a online emulator.
One hour after reading the Academy I've made bouncing ball

I have no idea what is that weird sign in right-top corner, doesn't matter. The ball is bouncing!

Maybe I can optimize and refactor the code, but hey, it's my first "game" ever.

One or two hours later I've made probably the simplest game ever - the PONG. With "Artificial Intelligence"! The CPU player is very simple of course

The ball was much bigger on the emulator.

Now I see that I should refactor my code. But I'm satisfied and so proud of myself.

A lot of fun

New experiences are always full of a fun, in this case a lot of fun. Soldering, making game from '70 - I had a nice time. Maybe it's not suitable for CV, but it's still a lot of experience.
If you are a fan of electronic - I can recommend from the bottom of my heart. It's time to finish this post and finish "snake" game. And later maybe Micro Machines, who knows...

How can I make my Jar file executable on all computers?