My aha! moment with test-driven development were acceptance tests and I recommend everyone who is still a skeptic to start there. 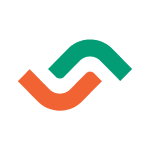 The Benefits of Acceptance Testing

Many years ago I was working on a Ruby on Rails app with a multi-step booking process. Each step had many possible states and outcomes.

Testing that manually after every change in code was painfully repetitive, slow, and embarrassingly unreliable. 😓

Getting anything done was hard. We’d change one thing, then spend about an hour on manual testing in the web browser to check if everything is still working.

We’d often be surprised by the fact that we broke a seemingly unrelated use case. 🤯

Sometimes we’d figure that out on our own, and sometimes we’d ship a new version to production and the client would email us about what had just stopped working.

Getting that kind of news felt the worst. It felt like we were wasting a lot of our client’s and our own time. 👎

Then, we discovered Cucumber.

Very easy to get started. We could write a test once, and it would automatically launch a web browser, run the application, and do the work of feature verification instead of us.

As soon as we started writing acceptance tests for a feature we had been working on, our development accelerated by an order of magnitude. 🚀

We could add and change code without worrying that we would break something. 😌

When something did break, a failing scenario would let us know, and we’d quickly fix it before deploying a new version to users. 🦄

So to all teams out there who don't write (much) tests, I Hundred points symbol recommend starting with acceptance tests.

The ROI — in peace of mind, reliability, velocity, and good feeling — of writing just a few is massive.

From that point on, it's really a downhill ride to adopting a test-driven mindset for all layers of code. 💪

Once suspended, markoa will not be able to comment or publish posts until their suspension is removed.

Once unsuspended, markoa will be able to comment and publish posts again.

Once unpublished, all posts by markoa will become hidden and only accessible to themselves.

If markoa is not suspended, they can still re-publish their posts from their dashboard.

Thanks for keeping DEV Community 👩‍💻👨‍💻 safe. Here is what you can do to flag markoa:

Unflagging markoa will restore default visibility to their posts.