I see more and more job offers around DevOps, I see a lot of infrastructure providers, the staple cloud providers AWS, Azure, Google Cloud, even Digital Ocean, moving from IaaS to Abstraction services or Software a Service, where they just provide the tools to consume the service, you don't need to worry about securing, patching, etc. all of which were Linux administration duties.

Some of SysAdmins that I know, agree that having an infrastructure using VMs (Virtual Machines) with Linux with a cloud provider is not a good practice, is not scalable (they say), you are not taking advantage of all the sweet features that the cloud is building for you, etc, .

I wonder if Linux Administration will still be a thing in the near future, or a career that someone will pursue when going out of college or university, and if that is even something to recommend to newly graduates, since we, as IT professionals, love to recommend the future, not the current needs, we give advice like: don’t code on PHP or Java, the new hot language is Python or Go… you will have more chances of succeeding in life.

I know that a lot of the services that the cloud currently provide have Linux running behind of them, and probably the use of Linux is at is high, in the Stack Overflow survey they ranked number one with 55 % of preference.

Will AWS build its own OS and ditch Linux?

Hard to tell… but something is clear, they have the resources to do it, they already have an operating system for their mobile devices.

Elastic is leading the fight against cloud providers.
If you’re a free software purist, though, you’d probably applaud what Elastic has done. In essentially making it much harder for cloud providers to build SaaS platforms using someone else’s code, the company has taken the bold stance necessary to achieve meaningful change with regard to the way clouds use open source.
No other open source organization has gone this far. Most open source projects and companies do little to stop cloud providers from co-opting their software, even if doing so constrains user freedoms and allows cloud providers to profit off of open source developers’ work while offering nothing in return. They’ve presumably done this because they haven’t been bold enough to take a strong stance against the large public clouds that increasingly rule the world of IT.

Cloud Architecture is the 🆕 thing

Nearly all the cloud providers have an academia and offer certification so that you can demonstrate that you can use their services.

For a Linux certification the price is higher, see just some examples: 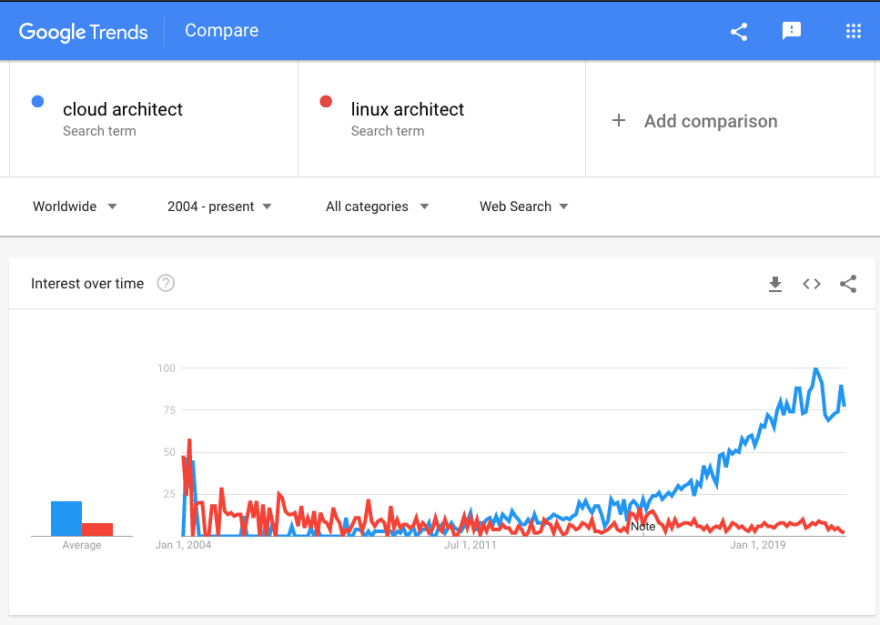 The current tools make a great abstraction of service without needing to have strong knowledge of Linux, are more developer friendly and allow to build products faster.

I’m not saying this is a bad thing, this is just something that could happen sooner than we have thought about.

Do you think Linux is getting killed by AWS?