Hey, guys, how’s going!? Nowadays (2019-2020) the IT market has been growing, new technologies appeared, and, as tendencies, the CI - Continuous Integration - and CD - Continuous Delivery (in some case Continuous Deploy).

The following text has as a goal to explain how to deploy a docker image on Heroku platform using Bitbucket, using the bitbucket-pipeline. This way, it’ll be done a deploy after a commit be done on Bitbucket. The text has an academic context and as a programming language was choice Java, using Springboot with maven. It’s important to inform that it depends on you getting better and/or change what’s been informed here to help or support you.

To do this example the Intellij Community was used as IDE and the Ubuntu 18.04 LTS was used as the operational system. 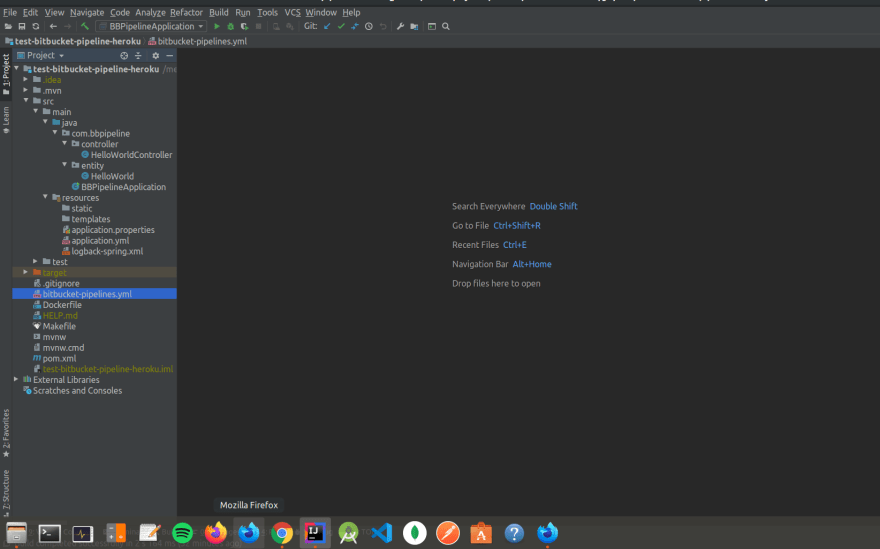 Look that exists the “bitbucket-pipeline.yml” file in the root project and this is fundamental to get success. However, this will be talked about and some other points as follows.

At this point, the Heroku configuration will be done. The application will be created, the environment variable will be added and the “API key” will be generated.

1.1 Creating the application on Heroku

To add a environment variable is necessary that you go in the page of project created, in “Settings”, click in “Reveal Config Vars” and following inform the variables, that in this case, it will be informed as key “SPRING_PROFILE” and as value will be informed “heroku”, and after inform, you have to click on “Add” button.

At this moment you have to save the “API Key”. This key will make possible to do the deploy being out from Heroku platform. For this, you have to go in “Account settings” and following go to the field “API Key”, if the key doesn’t exist you must create it.

At this step, the Bitbucket Pipeline will be turned on and the environment variable will be added.

At the Bitbucket platform, the pipeline will be turned on and for such, it’s necessary to go to settings from the project, go to option “Pipeline > Settings” and turned on this option. 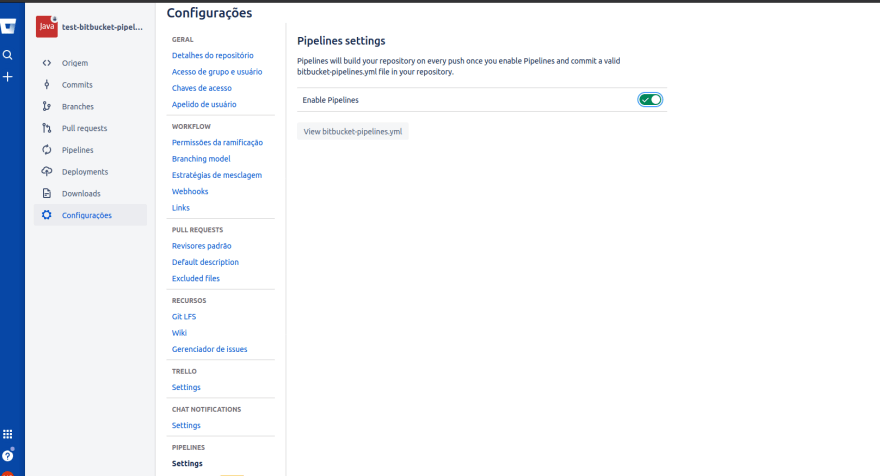 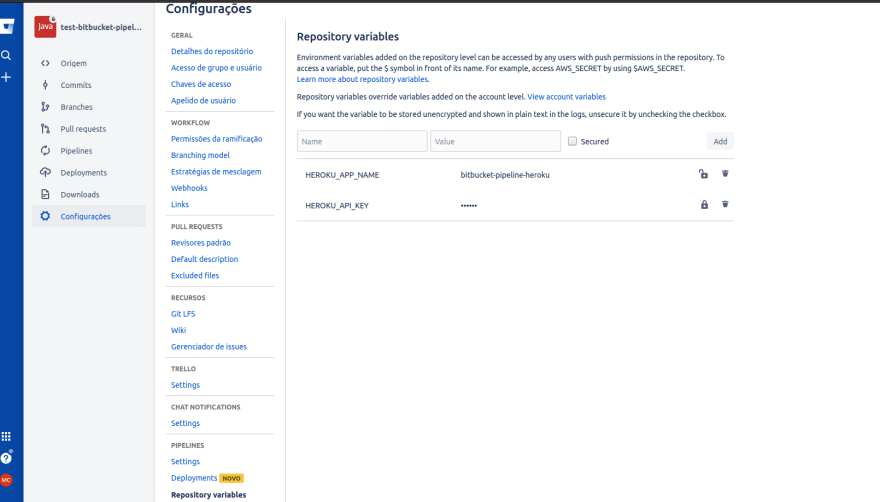 It’s time to configure the application to it could be possible to run the pipeline when a commit on branch master will be done and this way the deploy could be done on Heroku.
It’s important to say that Java with Springboot was chosen as the programming language, and the Intellij Community is used as IDE.

Now it’ll be created the “application.yml” file inside the “resource” folder from the project at the same level that the “application.properties”. Into this file will be informed of the profile name and the port that the application will start. Realize that there are two profiles, one is for development (dev profile) and another one in which the Heroku (heroku profile) will use to start the application. 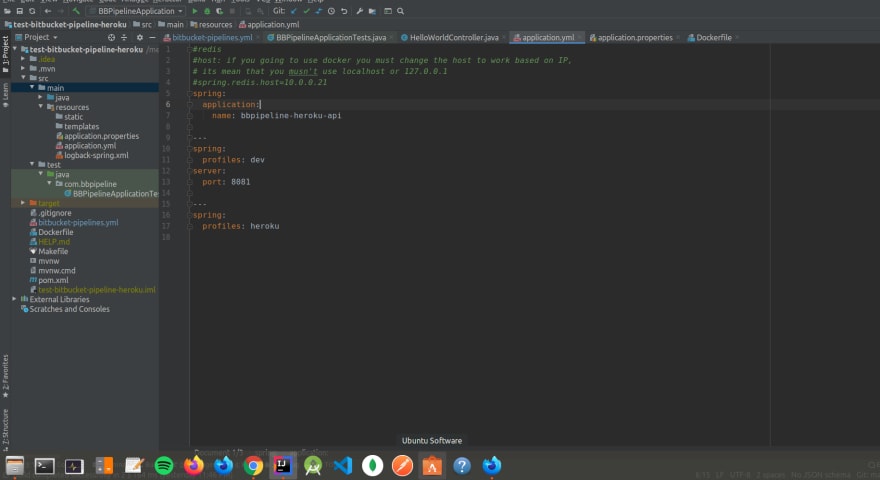 In this point is necessary to create the “bitbucket-pipeline.yml” file into the root project, because this one has the formula that will be read and execute inside the Bitbucket. 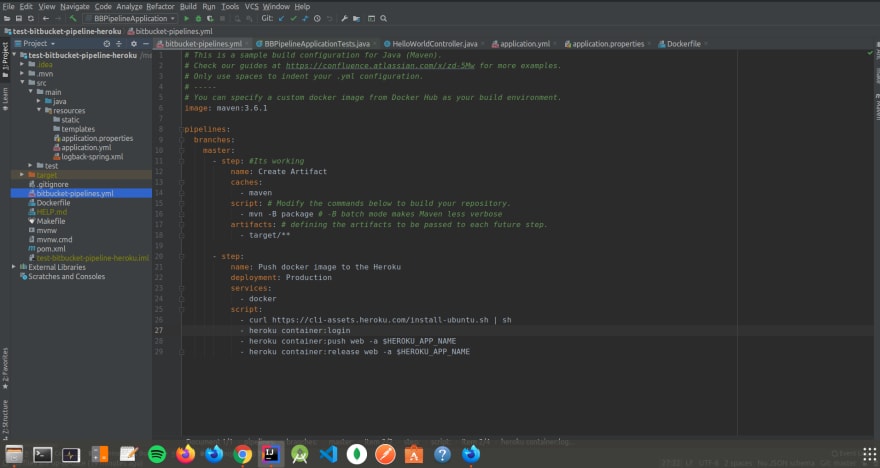 At this step will be created the file that will be used to create the docker image. The Dockerfile has to be created into the root project and it doesn’t must to contain an extension, in other words, nothing like “Dockerfile.txt”, “Dockerfile.yml”, “Dockerfile.doc” or “Dockerfile.sh”. 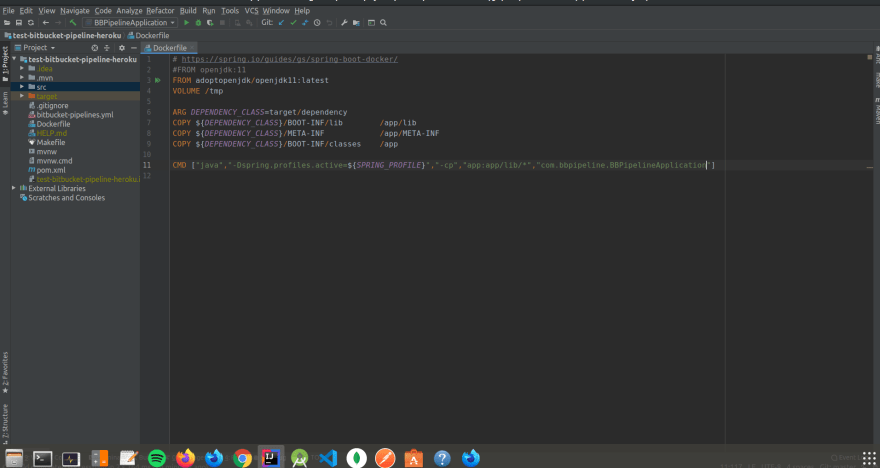 Look that, into the command line used to start the application into docker is used the “CMD”, this one is used because of Heroku can inform the environment variable, because if it was with “ENTRYPOINT” this doesn’t work. 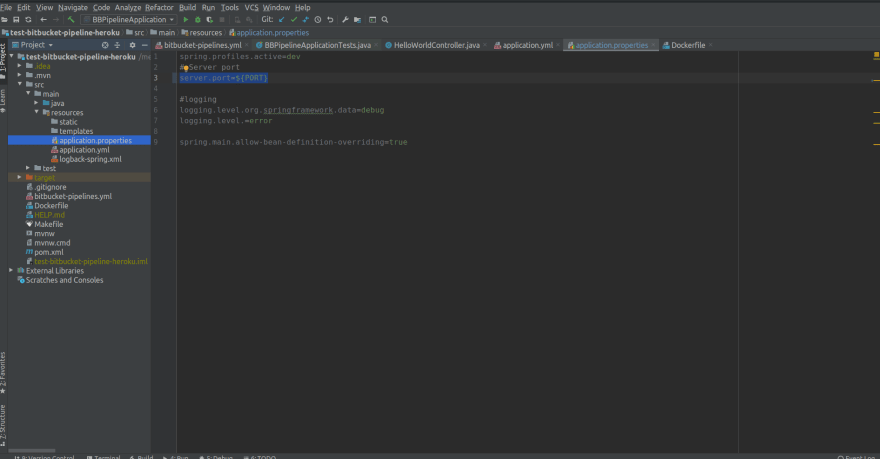 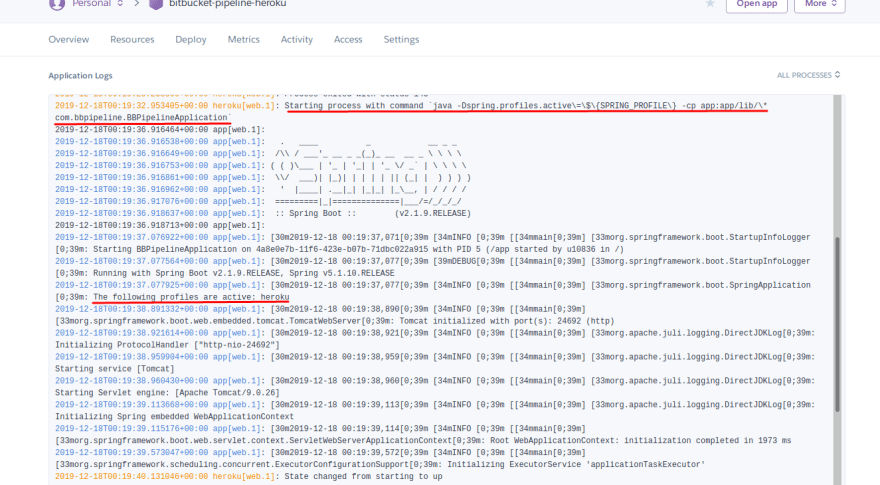 It’s could say that the process flow is simple, basically, there is an entrance that is a commit, there is processing that will run inside on Bitbucket and an out that will be the deploy the docker image on Heroku.

The project repository on Bitbucket:

Thank you for following until the final and I hope that this can help you!

Mairon Nanão Costa
an eternal student from the developer world!
Zoom, Spotify and others slashed their cloud costs by millions - how did they do it?
#kubernetes #aws #devops #cloud
How's your experience with Xcode? (I want to cry 😭)
#discuss #dev #ios
The trouble with blog post views and vanity metrics
#analytics #writing #productivity #metrics
Forem Open with the Forem app