It is my 3rd time joining Hacktoberfest. This time, I chose to join the event as both a maintainer and a contributor.

Last year, I was quite active as a contributor. However, this year, I went on a 3-week holiday and couldn’t access the computer as much.

Since I didn’t have too much time to code, I picked up some simpler issues to work on that still give me some room for learning - since I’ve not implemented the features to be worked on are stuff that before. 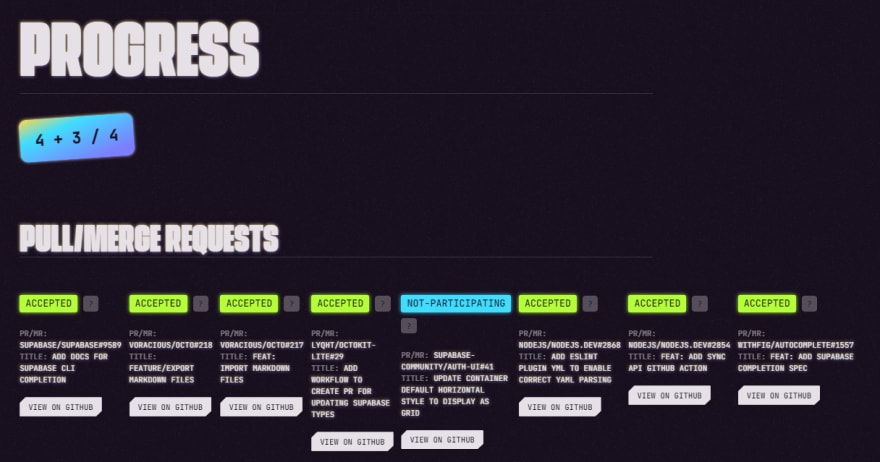 It was nice to learn how to do different things as a developer by being a contributor 😊 However, being a maintainer is another story.

While I do not fully understand the concept of open source in its totality, I really like the idea of building, collaborating and learning together with other developers to write better quality code that also translates into features. In my free time after work, I have created a few open source apps using tech stacks that I was keen to learn about and these apps usually also help to serve a specific use case for myself. I have usually worked on these projects by myself, so I thought it will be a nice idea to leverage on Hacktoberfest this year to work together with the GitHub community on these projects.

For Hacktoberfest, I have chosen to open up 4 of my open source side projects for contributions. 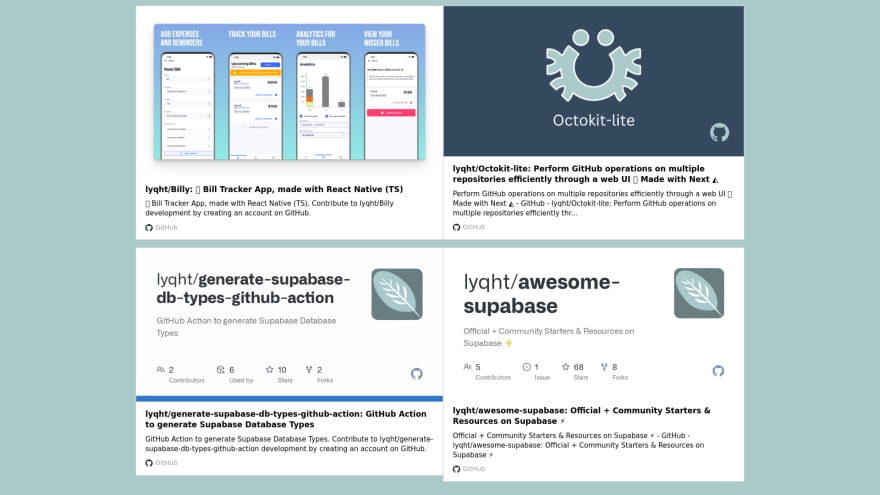 How I decide the issues to be created

To make my project easier for contributing for newcomers, I tried to restrict the scope of most issues I create to simpler frontend issues.

In every issue, I also give a simple suggested solution, where they can propose suitable alternatives. I also try to provide relevant code e.g. which method or files to modify, but not to give them too much details on how to implement the logic so that they get the chance to practice problem solving themselves.

Octokit-lite is my most active project for Hacktoberfest in terms of contributions received and the time/effort that I’ve invested in collaboration.

I usually create L size issues for my own personal tracking of what to work on next, so it was a pleasant surprise for me to see that there would be developers from the community who would volunteer to pick up issues of this scale! ✨

Aside from Octokit-lite, I also merged 1 PR to fix styling on bullet points & video rendering for Billy’s docsaurus website, 1 PR for updating generate-supabase-db-types-action to use the latest supabase CLI to generate types, and 4 awesome-supabase PRs merged that added online courses, starters & update links for Supabase resources.

While sharing my project on Twitter, I got to know of Gregor Martynus, the maintainer of the JavaScript Octokit – GitHub's official JavaScript SDK and his project Octoherd. He tweeted a reply that it will be nice to have a GUI like Octokit-lite for Octoherd, and that sparked an inspiration for me ✨

I thought that having an Octoherd integration will be really promising and useful since Octokit-lite was intended to be a compilation of microapps to help users perform handy GitHub operations on repositiories in bulk, and this meant achieving a similar goal as Octoherd. In fact, Octokit-lite’s name is inspired by Octokit, so it is no surprise that the two have similar goals 😊

Then, I tried to think about how technically feasible this integration is and wrote down some tasks down in an issue. There, I also seeked Gregor’s advice on how we can go about adding Octoherd functionality.

While I was worried that the implementation plan isn’t perfect before executing it, he said something that felt really assuring.

I'd say go whatever path works for you right now. Make it work, then make it great, and let the community help. - Gregor Martynus

Being a creator of an open source project has made me feel very obliged to be the expert who can answer every question about how to go about doing anything, but that didn’t necessarily have to be the way. While I’m already standing on the shoulders of giants who provided cool open source libraries to use in my project, I can still continue to tap on many other sources of knowledge — and that’s the beauty of open source.

This also brings me to talk about my Hacktoberfest experience as a whole.

It turned out better than expected 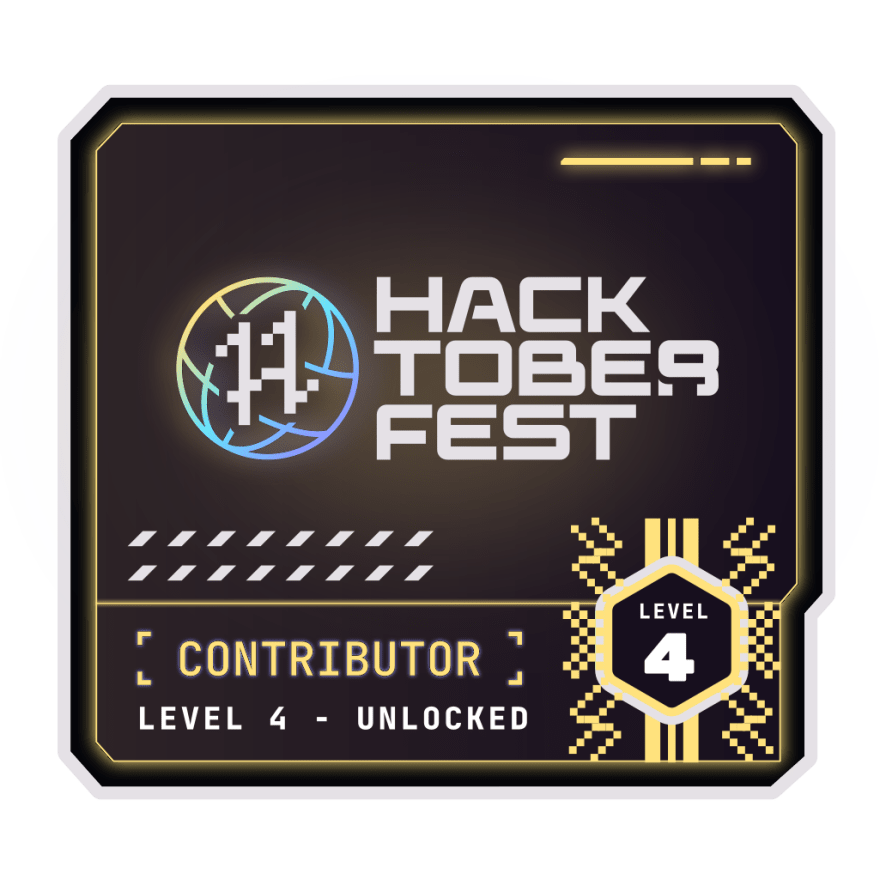 Despite the 3-week holiday, Hacktoberfest was still a refreshing experience for me. Being a contributor this year was much more relaxed since I wasn’t as ambitious as last year.

On the other hand, it is my very first time being a maintainer so I was pretty afraid I would screw up a lot, but the experience turned out better than expected 😊. To be honest, I thought no one would even volunteer to help out on my side projects but I'm glad that I was proven otherwise 😄!

However, some things didn’t go as well as I wanted as a maintainer during Hacktoberfest.

Confusion with the event rules

The rules for Hacktoberfest was slightly different this year, which has caused some confusion for me as well as the contributors that helped out with my project.

Last year, it was required for the issues/PRs has the label hacktoberfest, to be counted. This year, as long as the project has the topic hacktoberfest, any PR merged for that project will count for users that have signed up for Hacktoberfest. This has led to me/other contributors asking for project maintainers to add the label to the issue & PR. 😂

It is difficult to be a maintainer

Although my project can be considered as a relatively small scale project, however, I do experience some troubles as follows:

Did you joined Hacktoberfest too? Share your experience below in the comments, I would love to hear it!

To support me on content creation, you can buy a cup of tea for me ✨

I am creating a new ✨JavaScript✨ Framework

Estee Tey
A gamer, designer and builder. I enjoy thinking about how and why we code.
How to create and test a GitHub Action that generates Supabase database types
#javascript #opensource #github #tutorial
Nevertheless, Estee Coded
#shecoded #shecodedally #career #codenewbie
Be a dev detective with Sourcegraph 🔍
#opensource #webdev #vue #tutorial