Technology is changing how the workplace operates and understandably, everyone is anxious about the future of work and related socio-economics elements. While automation, digitization, and the 4IR will scale down and in some instances, even bring a complete end to scores of jobs and industries, it will also create new jobs that previously did not exist. The question then, all students and young professionals should be asking themselves, is: What will set them apart in the future of work? 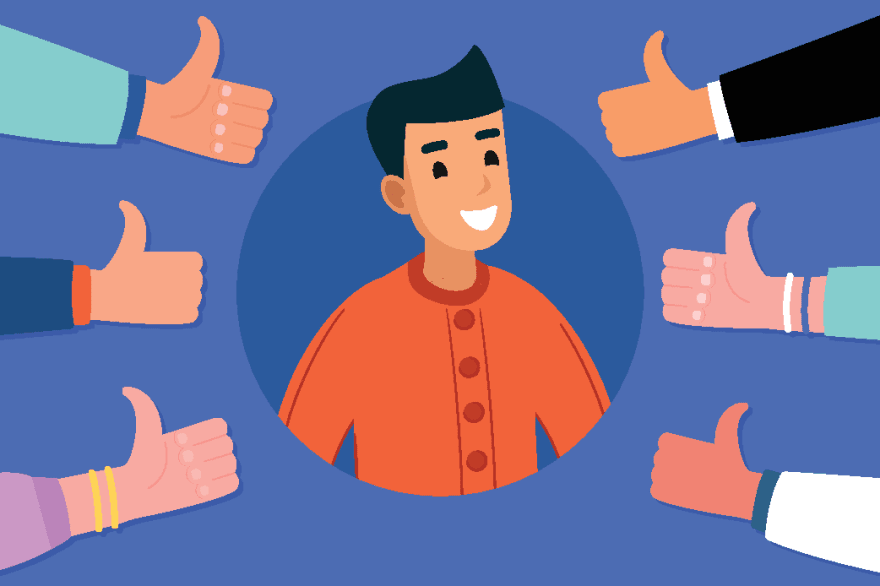 Traditionally, society looked to academia and formal tertiary education for answers. However, with technology, its hyper-rapid development, its accessibility and the greater impact it has on society, these institutions have been found wanting with regards to how fast they can pivot to meet industry needs. This is, of course, not to say that they are not doing anything. There are several higher education institutions in South African and the world that have, over the past ten years, introduced incredible programmes to address skill shortages, emerging industries’ needs and meet the market demand for highly skilled professionals. However, overall, these institutions stay stagnant for far too long and as a result, they are often out of touch with the respective industries.

While young people have, in the past, been able to easily rely on tertiary education to secure comfortable employment, we’re now seeing a high number of graduates that can’t get employment. Naturally, there are a plethora of factors that contribute to this. These include, but are not limited to, saturation in the different fields, a deteriorating economy, hiring biases and a general mismatch of skills availability and demand. As a result, the youth can no longer just simply rely on their tertiary qualifications and are forced to ask the question: What will set us apart?

I believe that the answer is something that is we can refer to as “Social Intelligence.” Social Intelligence can be described as “the ability to connect to others in a deep and direct way, to sense and stimulate reactions and desired interactions.”1 This belief is founded on solid scientific research. A 2019 study conducted by Cecily Josten and Grace Lordan for IZA - Institute of Labor Economics (IZA DP No. 12520)2 projects that by 2030, 47% of jobs will be automatable; with 35% of all jobs being fully automatable. The study, along with many others, suggests that ‘people’ and ‘thinking’ skills will become more valuable in the fourth industrial revolution.

Several recent studies into the future of jobs expanded on the revolutionary work of Carl Frey and Michael Osborne on the future of employment. The Frey and Osborne paper entitled “The future of employment: how susceptible are jobs to computerization?”3 was published in 2013 and provides a list of 70 different kinds of jobs and ranks them by their chances of being automatable. At the top of the list of jobs least likely to be automatable are medical practitioners (especially those dealing with mental health), educators, entertainers, designers, analysists, makeup artists, first responders, scientists, and engineers. Some of the most automatable jobs include telemarketers, librarians, clerks, tellers and barrage of manual-intensive and repetitive jobs.

We’ve all heard of robots taking over everything, so what makes these specific jobs immune? Josten and Lordan analysed the types of skills required for said jobs – with a focus on their similarities. The most prominent were:

Collectively, these traits makeup Social Intelligence; or simply: the ability to connect to others in a deep and direct way, to sense and stimulate reactions and desired interactions. Robots are fundamentally logic-based operators reliant on repetition. From the listed jobs and skills, we can abstract that the safest jobs are those that rely on human perception and interaction.

I keep mentioning the future, but what about the present? Well, social intelligence is key to thriving in the modern-day workplace. There are very few jobs in which you don’t have to interact with other people. For instance, the myth of the Loner Genius Nerd in software development is not actually real when it comes to the working world. Programmers, for instance, must interact with each other, the business analysts, test teams, managers and even their clients. All of these different relationships and inter-person interactions are navigated differently. They require us to tap into our reserve of social skills.

Social intelligent people will be able to see when a team member is anxious and panicking and they’ll be able to disarm and help calm them down. Social intelligence has a direct impact on an individual’s personal performance. Having good social skills allows one to effectively get critical information from those around them in order to enhance their own performance. Socially intelligent people are more likely to build good social capital – helping them elevate their career far better and rapidly than those who are not sociable. Biases, whether blatant or not, exist in the workplace and we cannot shy away from that. They affect everyone’s decision making, whether they are aware of them or not. Social Intelligence allows one to understand other people’s biases and how to navigate and disarm them. It also allows people to be able to identify and interrogate their own biases and thought processes.

Having worked in different organisations across different industries, I've had the opportunity to experience different leadership styles. I strongly believe that Social Intelligence is a cornerstone of good leadership. The time of the traditional scary boss shouting orders from a tower has now passed. The most successful companies in the world have realised that human capital is their most valuable asset and have begun treating their employees with empathy and care. If you, as a leader, want to retain the best professionals and get the best performance out of your employees, you must be able to engage them beyond the surface. To be a truly effective leader in the modern-day workplace, you need to have well developed “soft skills.” People around you want to feel that they are led by a competent person who’s human and understand that they are human too.

According to the latest Council for Medical Schemes (CMS) Report (2013-14)4 the prevalence of mental illness amongst medical schemes beneficiaries is rising – which is directly linked to professionals. Dr Ali Hamdulay concludes that “Mental illness in the workplace leads to decreased productivity, increased sick-related absenteeism, poor work quality, wasted materials and even compromised workplace safety.”5 Dr. Humdulay emphasizes that Proactive Management is the best medicine for mental illness in the workplace. Proactive management in this instance requires great social intelligence.

Ultimately, the work we all do in our jobs is meant to serve human beings. If we do not understand each other, how can we truly deliver the best possible work we can? A builder must be able to understand and know how to manage their client’s emotions during construction. A teacher must do the same with their learners. Engineers must understand the people who will be using the systems they are building in order to build valuable things. We, as humans, are corporative species. As a species, we do our best when we work well with each other. That can’t happen without us being aware of each others' mental state and well-being.

One of the most critical and underrated skills anyone entering the workplace can have is social intelligence. It is not only about listening to those around you. It’s about being able to understand, empathise and connect with people beyond basic communication. This skill requires great personal effort to sharpen and will ultimately help us build the future of work environments we want and deserve.

I love working with new technologies and exploring the effects technology has on society. You can see some of my work on my personal site

From me, Lucky: Sharp👍 Sharp👍 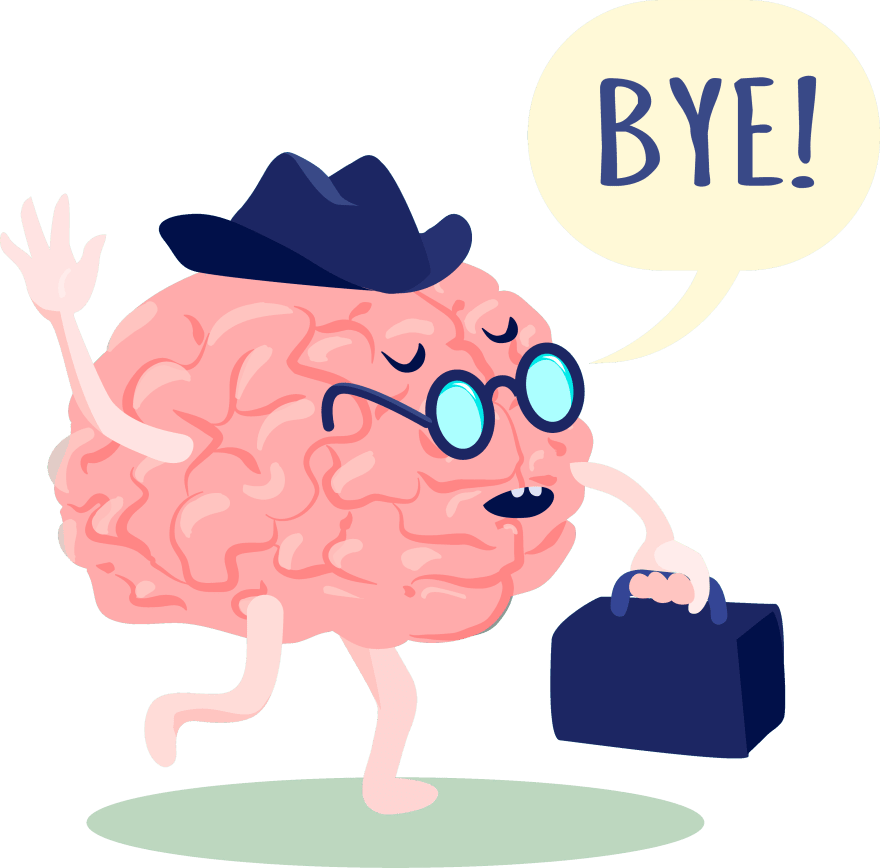 Once suspended, luckynkosi will not be able to comment or publish posts until their suspension is removed.

Once unsuspended, luckynkosi will be able to comment and publish posts again.

Once unpublished, all posts by luckynkosi will become hidden and only accessible to themselves.

If luckynkosi is not suspended, they can still re-publish their posts from their dashboard.

Once unpublished, this post will become invisible to the public and only accessible to Nhlanhla Lucky Nkosi.

Thanks for keeping DEV Community 👩‍💻👨‍💻 safe. Here is what you can do to flag luckynkosi:

Unflagging luckynkosi will restore default visibility to their posts.