NB: This post was originally published on Vanilla Forums' Blog on May 16th, 2019
Cover image by Con Karampelas on Unsplash

Managing your own developer community spaces is enough of a challenge, so how do some of the most successful platform companies approach developer magnets like Stack Overflow and Reddit, and how do they decide whether or not to join in or let developers collaborate on their own in these spaces?

Atlassian and Slack both stress the importance of setting up basic alerts to monitor their community. Neil Mansilla, Head of Developer Experience at Atlassian, uses a combination of Google Alerts and alerts he set up directly from Stack Exchange, the parent site of Stack Overflow. (Tristan Sokol, Developer Evangelist at Square, wrote this detailed article last year all about Stack Overflow, for those keen to learn more about this platform)

Elizabeth Kinsey, Developer Marketing Manager at Slack, explained that in Slack's case, developer channels like Stack Overflow are managed through an internal integration. Perhaps unsurprisingly their internal integration is a Slack channel called “Slack Overflow” populated by Slack's DevRel team. Whenever a Stack Overflow question is tagged with the keyword “Slack”, the team is alerted directly through the channel, enabling them to see it and respond.

Elizabeth continued that Slack’s Devrel team doesn't have a hard and fast rule about when they'll jump into Stack Overflow when a question is tagged “Slack”, but they'll follow general trends around developer interactions with their questions. What they've noticed lately are fewer beginner questions than previous years and more specific questions. Perhaps in Slack's case, this is a reflection of their consistent developer product information channels as well as their maturing platform. They've also seen questions being answered by developers within the community much more quickly, so they've learned to ease off answering the questions too quickly themselves.

These basic alerts save teams from needing to parse through endless external mentions and forum conversations, allowing them to quickly identify the questions that they’ll help support versus the ones they'll leave to the community to tackle together.

“Proceed With Caution”: Welcome to the Wild West 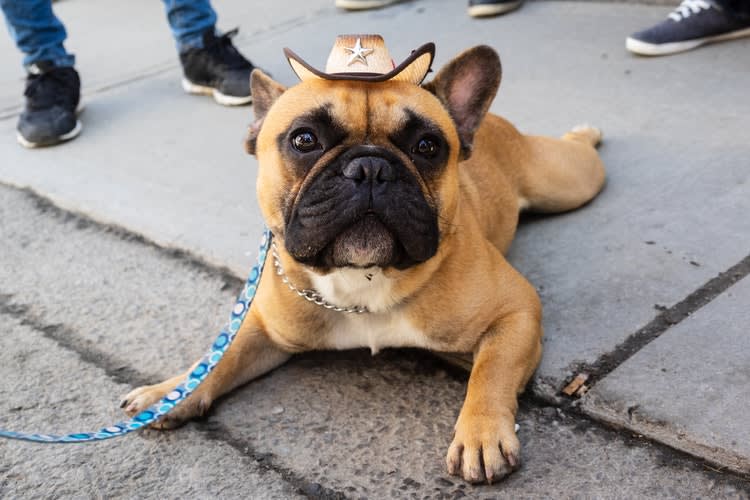 Photo by Andre Ouellet on Unsplash

Liz Couto, Developer Product Marketing Manager at Shopify explained that while her team monitors the main external dev communities like Stack Overflow and Reddit (and in Shopify's case, there are a number of developer-run Facebook groups), they also proceed with a high level of caution when deciding whether or not to participate.

“Once you've dabbled in responses in a specific community, but then you suddenly drop off, you'll really impact developer trust and dilute the importance of your sanctioned communities where developers can expect to get an official company answer.” - Liz Couto, Shopify

Finally, Stack Overflow and Reddit don't have the best track records for being inclusive and welcoming. While there are efforts to change that, relying solely upon either of these external communities for developers to find support comes with a chance of taking on some of that negative sentiment.

Too Much Noise from the Outside? Check your Channels

It is crucial it is to be consistent with your official developer community information channels and response flows. If your developers don't feel that they're getting the updates, information and help they need from within the community, that's when you'll hear from them outside the community.

Developers will absolutely take it to Twitter, to company support channels outside of dev rel, to Reddit and to Stack Overflow when they're frustrated. This can give developers considering building on your platform pause, and potentially deplete your community trust battery. That being said, every developer community is on a journey, navigating its own highs and lows. Liz from Shopify tells us a rewarding tale of staying off Reddit but keeping a watchful eye on it:

"One feature that Shopify developers have been asking for for years has been the ability to respond to merchant reviews within the app store. Shopify developers had been up in arms about this for so long, and there was a years-old and still active Reddit thread all about it. So Shopify monitors but typically stays off of Reddit. The team was therefore aware of the thread. A few months ago Shopify's platform team, to the excitement of many, finally released the ability for developers to actually reply to merchant app reviews and the community actually took upon themselves to update this contentious Reddit thread! A happy ending and a demonstration of community commitment through thick and through thin." - Liz Couto, Shopify

Generate AWS Temporary Credential And Add It As A Profile

Nevertheless, Claudia Coded and Pushed on!

Book a 15 min consultation with our founder to learn more about how you grow a more welcoming, inclusive and sustainable developer community.