This is a response to a couple of comments in the discussion below this article: 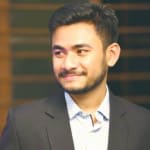 array-includes is a polyfill, first published 7 years ago.
array-flatten is kinda the same. It's not a polyfill, in a technical sense, but Array.prototype.flat is a new feature and the package pre-dates it.

Arguably, that makes array-flatten "useless" for new projects, because it's better to polyfill a standard API, as you can remove the dependency later on if you stop supporting legacy browsers. You can't do this if you're using a non-standard API.

Of course, that doesn't mean the package was useless when it was written, nor even that older projects should instantly switch to the standard API. Any such change requires some amount of additional work, so there's a trade-off between rework and technical debt.

ismobilejs is a device os/type/etc detector. Some apps definitely need that.

And store2 is a wrapper with a huge amount of features, some convenience-based (e.g. modifying currently stored value instead of manually doing get+set), and some unique (e.g. checking how many space is left).

Difficult to argue with either of these. Both of these packages fulfill usefull purposes, and reinventing the wheel here not only takes additional work but also won't be as well battle-tested as a public, open-source package with thousands of GitHub stars.

The main reasons not to use these would be:

I’m going to go out on a limb and say that none of these are useless. Take upper-case, for example. I imagine it’s supposed to be useless because we already have toUpperCase(). But sometimes we want to do this:

... Yes, it's easy to implement yourself. In fact, I have (many times). Maybe I'll download upper-case next time instead.

I'd argue that importing the upper-case package for this purpose would be a huge mistake and lead to increased tech debt for virtually no benefit. For extremely simple features such as this, even if you frequently need a map-able version, it'd be much better to have a custom file somewhere in your own codebase, rather than an external dependency. Perhaps it'd be called something like /src/utils/string-formats.ts and look something like this:

Importing an external package for such simple features would be a mistake, for a few reasons:

In general, I'd suggest the following heuristics in determining when to use a third-party package or when to "reinvent the wheel":

Would you agree with these heuristics? What other ones would you add/remove?

lionel-rowe
Easily and safely escape HTML in one line
#javascript #html #webdev
How to create a null-filled array without [], comma, or the word “Array”
#javascript
`Proxy` all of the things! Part 1: Counters
#javascript #webdev

Once suspended, lionelrowe will not be able to comment or publish posts until their suspension is removed.

Once unsuspended, lionelrowe will be able to comment and publish posts again.

Once unpublished, all posts by lionelrowe will become hidden and only accessible to themselves.

If lionelrowe is not suspended, they can still re-publish their posts from their dashboard.