Around two years ago I wrote a post, that I'm still very proud of, called "Using portals to make a modal popup". It made use of portals and inert. At the time there wasn't really a good way to display a modal popup on top of everything else and trap focus within it.

Two years have passed since the original post and, whilst I would argue the code is still valid and the techniques used are still worth knowing, there is now a better way to code a modal. The dialog element has been around since 2014ish but it has only recently reached full browser compatibility (excusing IE).

Let's look at how we can use the dialog element to make this.

What is the Dialog Element? The <dialog> element is a native html element made with the sole purpose of being popover content. By default the contents of the element are hidden but by setting the open attribute to true or by calling either of its show methods show() or showModal() they can be revealed. The element also has a close method to hide the modal away again once it's been used.

It is not, however, best practice to set the open attribute directly, even though it is possible, but rather calling a show method is preferred. show() makes the dialog appear but leaves the rest of the page interactable this is great for making toast notifications. showModal() opens the dialog in the centre of the screen and makes all other content inaccessible.

What are the advantages of using it? I'm sure there are numerous reasons to use dialog over making your own solution but I'll focus on three.

Are there any drawbacks? Yes. Well, sort of. The element does not have animations built in and uses display: none which is famously hard to animate from.

This issue almost feel like deal breakers but there are ways around it, which I will show as we go on.

I'm not going to spend too long going through the code I've written, feel free to read it and ask questions in the comments, but I'll give a quick run down here and then explain my solutions to issues I mentioned above.

First of all I'm using Sass and CSS Modules if you've seen some of my earlier posts you'll have seen I used to use styled-components and whilst I think they have their place I'm much happier using CSS Modules.

The code does a few things, it has references to use in event listeners (I'll go more into them in the capturing events section), applies classes from the modules as they're required, triggers the showModal() method when open is set and draws the html (jsx really) to the screen. That's it.

If our modal just appeared when summoned and disappeared when dismissed that would be ok but it would lack the feeling of polish. In my example you'll have noticed there is a slight fade in and move up effect. Let's look and how we did it.

We have two keyframe animations one called show and one called hide. They simply have a start position and an end position.

To apply animations we're going to have to know if the modal is opening or closing, this is where our setting of classnames comes in. We will always apply the modal class but we will only apply the closing class when the modal is not open.

You may have noticed that with these changes our modal animates away but does not actually close, if you did, well done you're right and very astute. The next section will show you how we can use the animation to truly close the modal.

We have three things to look at here. Two of which are adding events and third is also adding an event but with a little trickery to allow us to close the modal with js, even though there isn't a method for it.

Animating away on Escape

By default pressing escape closes the dialog, this is what we want to happen but unfortunately our animation would go with it so instead let's capture the escape press and deal with it ourselves.

Both of the event listeners we've implemented so far call the onClose function which, as we discussed earlier, doesn't close the modal it just animates it away. In order to turn this animation into a method for closing we're going to need to add another event listener but this time listening for the closing animation to end.

The web is changing and evolving everyday and it's exciting to keep up with what's going on. Thank you for reading and I hope you enjoyed learning about the dialog element and how to use it in React. If you have any questions, please feel free to ask them in the comments I'll be more than happy to answer them.

As I said at the top I really am proud of my original post about this topic so if you haven't read it and you're interested please head over there and have a look. 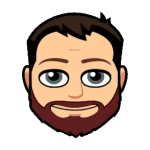 If you'd like to connect with me outside of Dev here are my twitter and linkedin come say hi 😊.

Dependency injection without the decorators

How to build an ecommerce app with NestJS

Once suspended, link2twenty will not be able to comment or publish posts until their suspension is removed.

Once unsuspended, link2twenty will be able to comment and publish posts again.

Once unpublished, all posts by link2twenty will become hidden and only accessible to themselves.

If link2twenty is not suspended, they can still re-publish their posts from their dashboard.