I believe no one has posted this after a few days of them making it open source.

Microsoft has been really trying to embrace the open source community! And we are really happy to see that! 😆

Windows Calculator: A simple yet powerful calculator that ships with Windows

The Windows Calculator app is a modern Windows app written in C++ that ships pre-installed with Windows The app provides standard, scientific, and programmer calculator functionality, as well as a set of converters between various units of measurement and currencies.

Calculator ships regularly with new features and bug fixes. You can get the latest version of Calculator in the Microsoft Store. 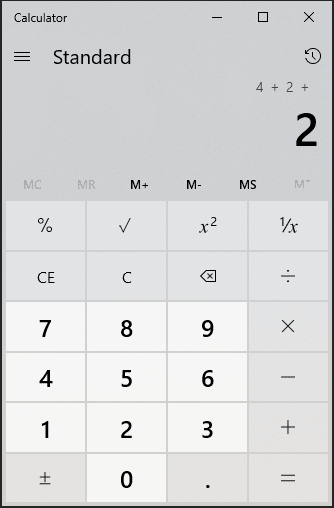 Once suspended, li will not be able to comment or publish posts until their suspension is removed.

Once unsuspended, li will be able to comment and publish posts again.

Once unpublished, all posts by li will become hidden and only accessible to themselves.

If li is not suspended, they can still re-publish their posts from their dashboard.