Manually building your first VPC with a public and private subnet should definitely be one of your AWS newbie tasks, it will allow you to quickly get a grasp of how VPCs work and what we are trying to do here and why.

Of course you can use the VPC wizard to do this but it is helpful just to create your first VPC manually, this way you can get an indication of the subnet ranges and services required to get you going with your very first VPC that has both a public and private subnet, both ready to host ec2 instances.

These are the things we want to accomplish here:

Login to the AWS console and then choose the region at the top right (I am going for London, eu-west-2) 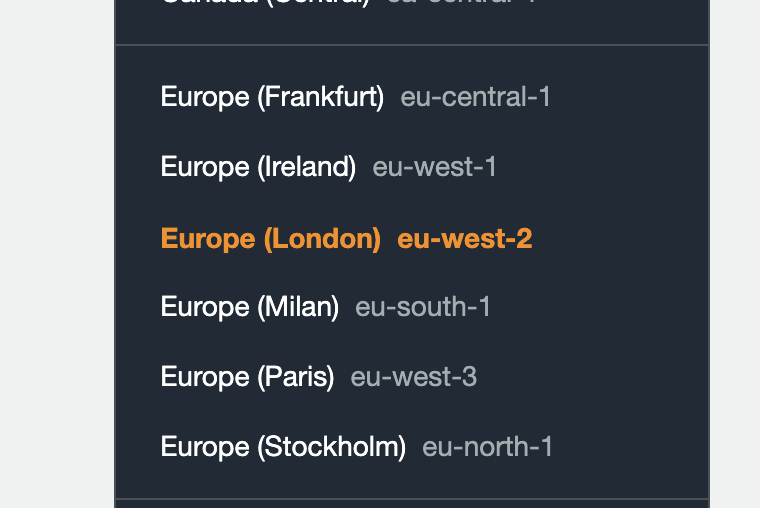 Now hit the services drop down option at the top and choose VPC (under Networking & Content Delivery) - from there hit create VPC at the top right.

Fill in the new VPC details

Next up, use the following details to fill in the VPC form: 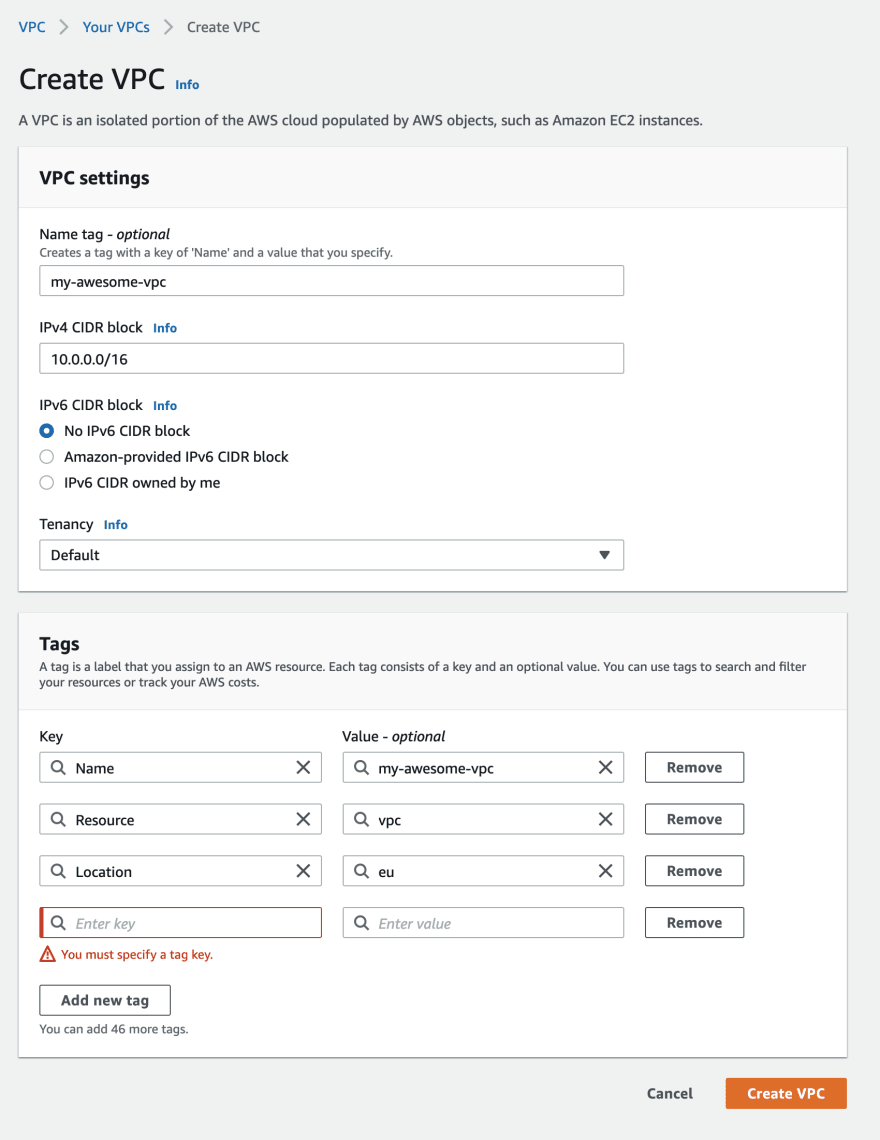 You should still be in the VPC part of the AWS console, so look to the left and there will be a link to subnets, hit that link. 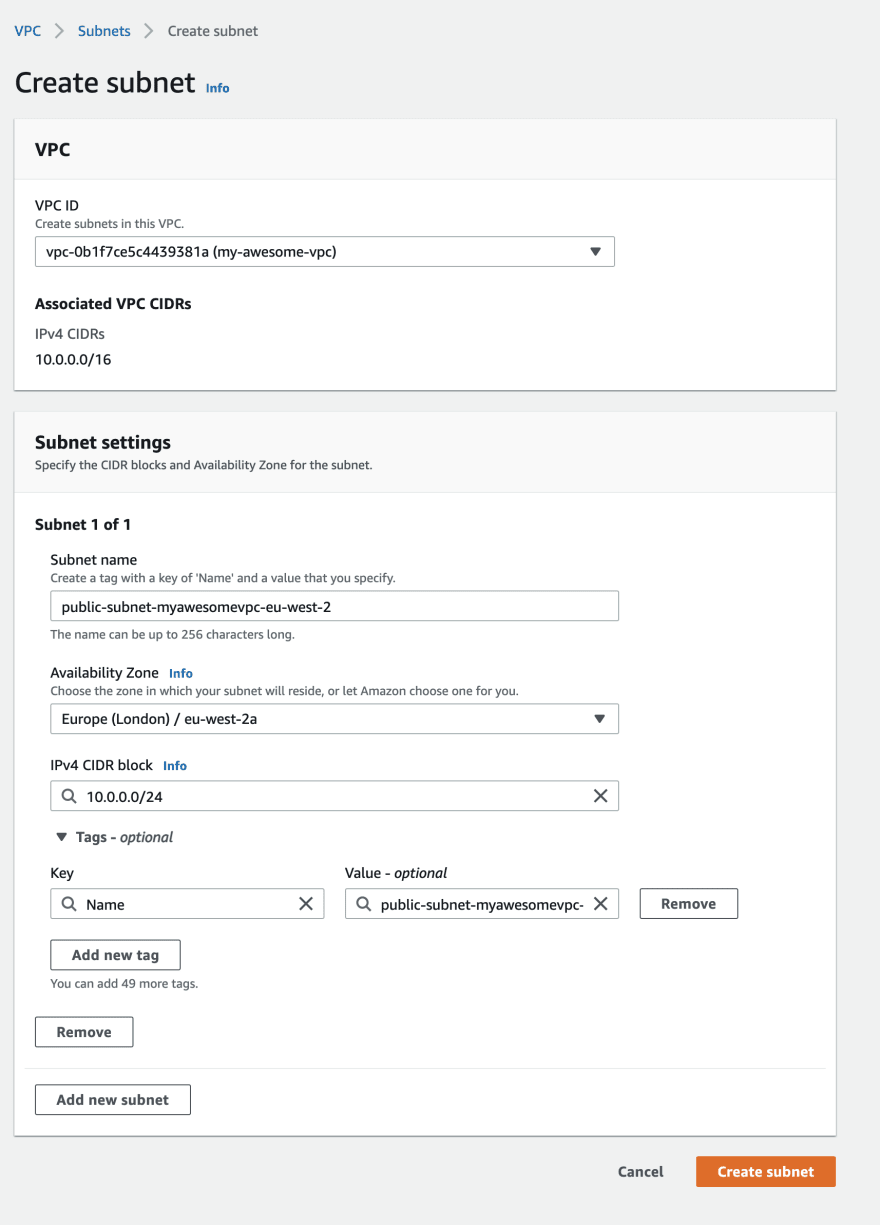 Okay so what makes the public subnet actually 'public' and different than the private subnet? The answer is simple, you attach an Internet Gateway to your VPC and then update the associated routing table to allow Internet traffic in and out of the subnet.

Let's do that now:

Still in the VPC dashboard, under subnets, hit 'Internet gateways' 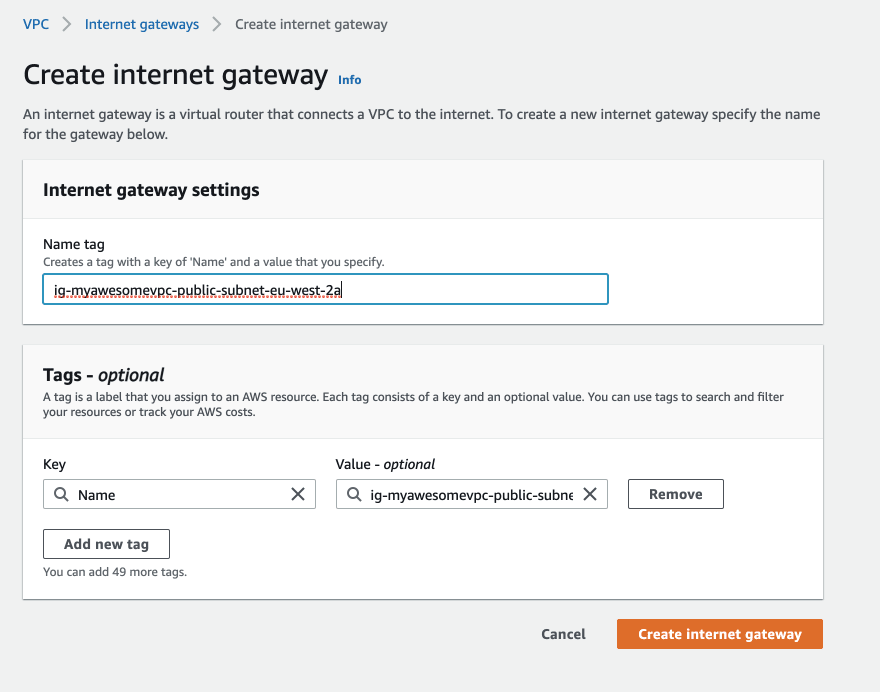 Associating the Internet Gateway with our VPC

At the top right, hit actions and then 'attach to VPC' and from there select the VPC we created earlier. 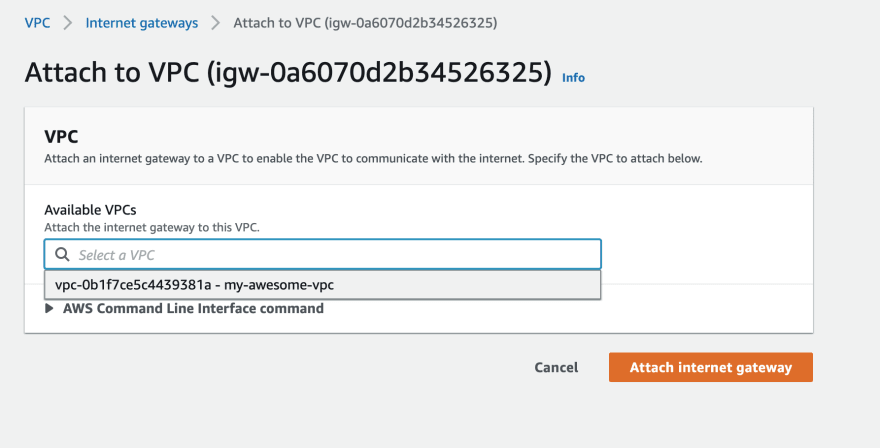 Update the public subnet route table to send traffic to the Internet.

Now when we created our public subnet, AWS kindly created a route table for it, so all we need to do here is associate our new Internet gateway with a new route out to the Internet.

You'll still be under the VPC dashboard, hit subnets, then under subnets, hit route tables and select the link under the route table ID.

This will open up the route table: 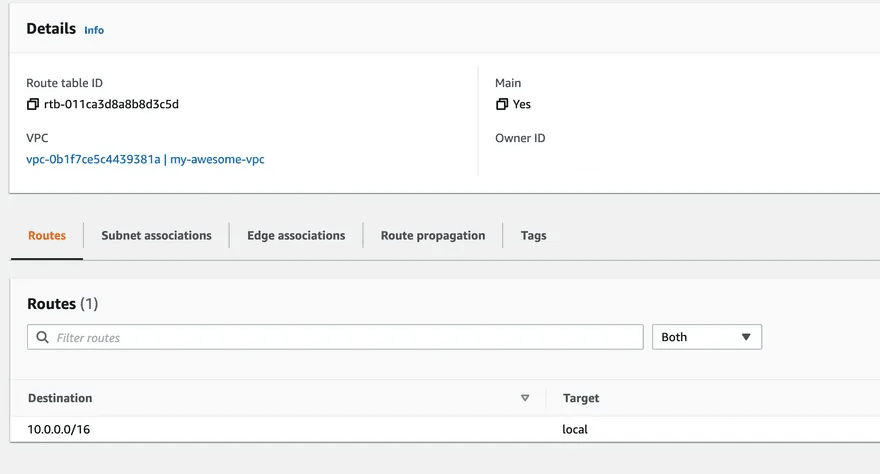 Towards the right, hit edit routes

Hit add route and insert 0.0.0.0/0 and then to the right, select the Internet gateway that we created earlier:

Okay, cool - now we have a VPC, public subnet, route table and Internet gateway setup. If you want to drop an ec2 instance into the public subnet, all you would need to do is give it an Elastic IP address and you'll be able to access it from the Internet ensuring that you configure the security group for the ec2 instance and lock it down.

This is somewhat easier. As all we are doing is following the steps above but not associating the route table associated with the subnet to an Internet gateway.

You should still be in the VPC dashboard, so again head towards subnets. Again we need to select our existing VPC and we will provide another /24 subnet range. 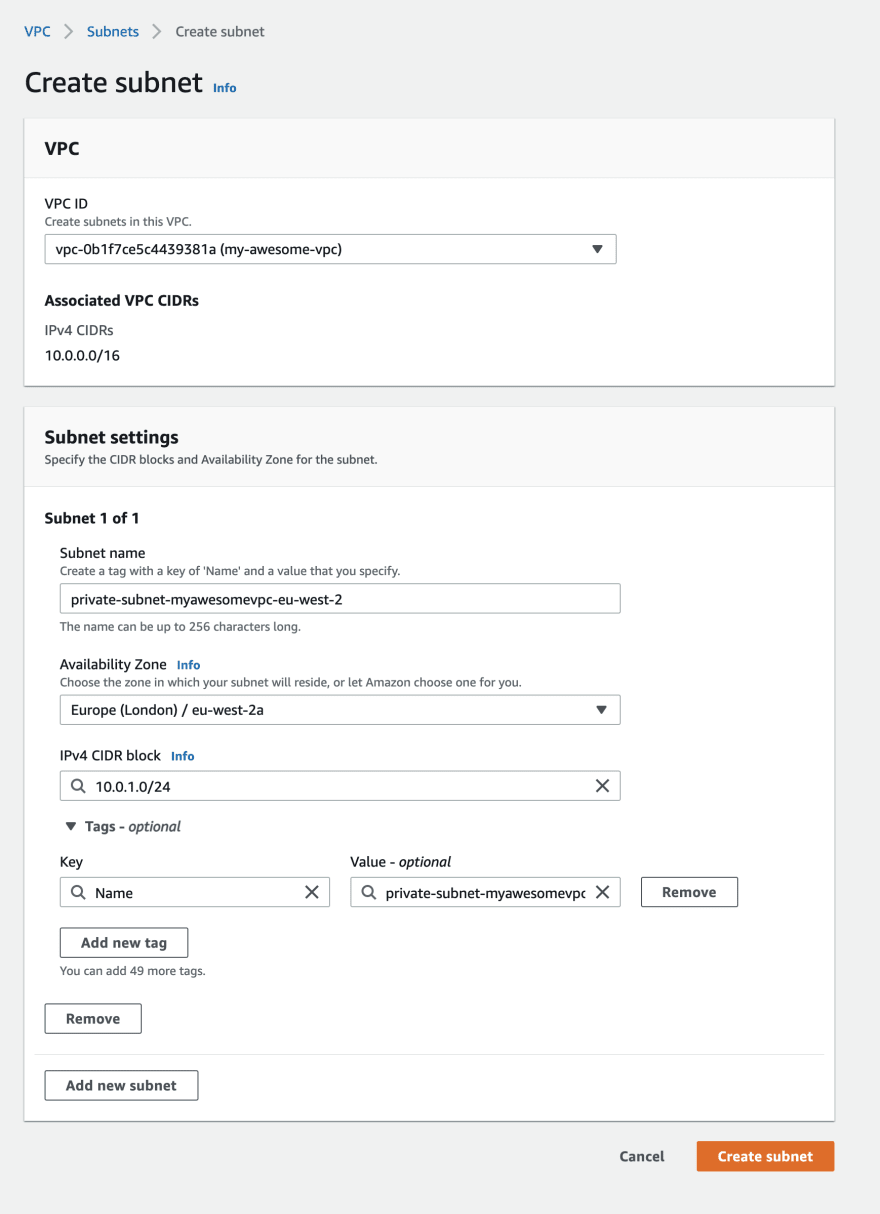 Now if you drop an ec2 instance into your private subnet, it won't be accessible from the Internet because there is no direct route out to the Internet however, ec2 instances in all subnets can communicate with each other because the VPC has a default router than ensures that all subnets know how to make contact with each other. It is therefore up to you to ensure that routes are locked down and source/destination configuration takes place through ec2 security groups and network access control lists.

There is more to come, I'll write another post that explains how to add a NAT gateway to your private subnet that will allow ec2 instances to access the Internet through a mask but no traffic will be allowed back in directly, therefore it remains private.

You may always want to route the AWS private network into an on premises network through a VPN or MPLS network, again that is for a later post.

Lee 🤖☀️🌊🛸👾👨‍💻
aws-pro, aws-tech, dev community mod, rails, cyberpunk fan, yt-1300 492727ed mech-tech (in my dreams) 🛸
How to cross post and import your existing blog into DEV and retain SEO, original source and ranking.
#meta #beginners
I remember understanding < 5% of the Dev homefeed, now I understand most of what I see. Bravo Dev 👏 Bravo!
#discuss #beginners #watercooler
AWS Basics: What's in a default AWS VPC and how to recreate one.
#aws #awsnewbies #networking

Once suspended, leewynne will not be able to comment or publish posts until their suspension is removed.

Once unsuspended, leewynne will be able to comment and publish posts again.

Once unpublished, all posts by leewynne will become hidden and only accessible to themselves.

If leewynne is not suspended, they can still re-publish their posts from their dashboard.

Once unpublished, this post will become invisible to the public and only accessible to Lee 🤖☀️🌊🛸👾👨‍💻.

Thanks for keeping DEV Community 👩‍💻👨‍💻 safe. Here is what you can do to flag leewynne:

Unflagging leewynne will restore default visibility to their posts.