Have you ever wondered how a Web server works under the hood? Moreover, would you be willing to sharpen your Shell scripting skills?

Maybe this guide is for you.

Throughout the guide we are going to build, step-by-step, a simple Web server only using bash, as we go further across fundamental terms such as sockets, TCP, HTTP and the triad of web: HTML, CSS and Javascript.

This guide may be a little too long, but it will be divided in smaller parts for a better comprehension.

Make sure you pick up your UNIX-like terminal, prepare your favourite shell (I'm using bash), grab a cup of coffee and let's go in this journey.

It's very important that you understand some fundamentals like UNIX standard streams and pipes. Unless you are already comfortable with such terms, please refer to my series of posts about UNIX.

netcat is a computer networking utility for manipulating network sockets such as UNIX, TCP or UDP.

Make sure you have it in your operating system and install it accordingly.

A recap about Sockets

In regarding sockets, we may explore first the creation of a UNIX socket, then make two different processes communicate to each other through the socket.

There are two types of UNIX sockets: stream and datagram.

Stream sockets establish a connection between the server and the client, as the data is sent in a reliable way.

Datagram sockets do not create establish a connection, as the data is NOT sent in a reliable way.

In this very guide we'll focus only on Stream sockets.

Let's open a terminal and create a socket called server.sock:

Now, in another terminal, let's create the client that connects to the existing server.sock:

At this moment, note that in the server's STDOUT, a message Connection received on server.sock just appeared. It means that a client has connected, thus both client and server are ready to exchange messages through this connection.

Try typing PING from the client side, afterwards go to the server side and type PONG. This is how a client-server architecture works!

Standard streams, redirection and pipes all the way

Think for a moment what happened to the nc (netcat) process:

Let's assume this pseudo-abstraction based on UNIX pipes:

What we can learn about this? We are able to pipe a message to the nc command, then afterwards this message can be sent to the socket.

It applies for both client and server. Let's see it in action in the server side:

However, because of the -l option, the server is listening to messages in the socket first. Anytime a request message arrives, the response message PONG is sent back.

Let's see the client side:

It's just a client: clients connect to sockets, send messages and then finish their work.

That's why we see the response message PONG arriving as soon as the client connected.

What if we wanted the server socket to be closed right after a client finishes sending the request message?

The option -N does the job. Try using the following in the server side:

Going to the Internet

Okay, but when we talk about a Web server, we mean that server and client live in separate machines. Such machines must then be connected to the Internet, which is the most standard, public and decentralised global computer network.

Because of processes living in different computers, using a UNIX socket is not possible. But the Berkeley Sockets API was created to solve that problem, as it employs more high-level network protocols that implement the same API as of UNIX sockets.

Such protocols are called TCP or UDP. We're going to use TCP in this post.

TCP stands for Transmission Control Protocol, and lives in the 4th layer of the Networking OSI model.

Disclaimer: just for testing purposes, we'll keep using client-server in the same machine, but it's completely possible to use TCP locally.

And the TCP client:

Note that the connection was established right after the client connected to the socket. The server then immediately sent back the response PONG to the client.

But we want to exchange a more sophisticated message through the Internet, right? A kind of message that provides flexibility and security.

HTTP is a protocol used for transferring multimedia and hypertext over TCP. It's the fundamental base of the Web.

Before exploring a more sophisticated Web server in bash, let's see how to create a single-line HTTP server using netcat, directly on the bash session.

Instead of responding a simple PONG text like we've seen over TCP, we can send a more structured message using the HTTP protocol convention:

The HTTP message, despite of human-readable, it's not readable easily by computers. Hence, different HTTP clients must know the protocol in order to "parse" and display the body message.

Let's take an example of HTTP client, the curl program:

HTML is a markup language used for multimedia, structured content and dynamic web pages when used along with CSS and JS.

For now, let's change the Content-Type HTTP header to allow text/html and then add a simple HTML tag to the message:

As for the client:

Nice! But, despite of being able to parse an HTTP message, aren't curl able to render the HTML sent in the response body?

Nope. curl can't do that.

Then let's try to use another HTTP client. It's well-known for rendering HTML content, and I'm pretty sure you already used it before: yes, I'm talking about the Web browser. 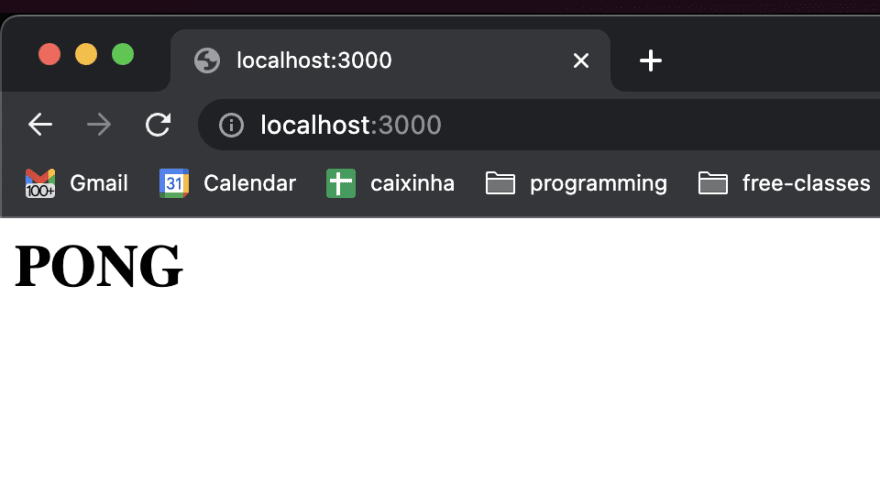 That's WHY it's called a Web browser, got the point?

This is the first part of the guide, where we learned how to manipulate the netcat tool, going through some concepts like TCP, HTTP and a very bit of HTML in a one-liner server.

In the next upcoming parts, we'll keep exploring the fundamentals in order to build a complete Web server written in ShellScript.

What is an NFT?