The past few days I have been kinda going under the radar. Does anybody know anything about "networking issues"? That's what our internet or "innernet" provider told us. Anyway in short it would load website REALLY slow, and some just refused to load at all (Dev.to) was one.

Anyway, today all of a sudden, the WiFi started working again, so I decided to let my people know I am alive and kicking.

So what is this about openSuse?
A few days ago, I was thinking about writing an article on a distro I had never written about before. Well I decided that first I would first need a distro I had never tried before. This is what I ended up looking up Tell you the truth I have tried about every distro on there... except: 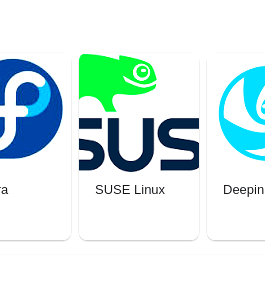 Well let me say I got it wrong the first 2 times.

So I downloaded the main version, and It finally worked.

The installer gives you 5 "desktops" (2 aren't)

Gonna tell you right now, I was SO tempted to install the Generic Desktop just to see how it looked! But my good senses ruled out... and I ended up installing KDE.

Next was suggested partitioning. It did about everything right, except giving me a swap space. Well, instead of going in there and manually changing it, my computer runs pretty good without one anyway, so I forged ahead.

The rest was just normal installation like name, timezone, blah blah blah. UNTIL! I saw this option to import user data from partitioning the former installation. Well I clicked on it, and LO AND BEHOLD "nico@niners" (Get it, Nico and the Niners? I did that for fun...) showed up.

All Linux Distros! You ALL need this feature in your installer!!!

Okay, lets get down to business, Software, speed, and pre-installed software.

Well, boot up ain't too slow, but it ain't too fast either. With Arch Linux on the same computer I blink and my computer starts up 1 minute at least. (Obviously hyperbole. Probably in 30 seconds realistically.)

Well, gonna be honest with you. Really I don't know how I feel about pre-installed software. It actually seems like openSuse did a pretty good job not including a bunch of bloatware, and most of it is actually just stuff that comes with KDE anyway.

But all the repo software ain't spectacular. BUT, all .RPMs that work on Fedora basically work on "Suse".

My first impression is alright, but I ran into a few bugs already so I think I might have to take a little while using the distro before I make a definite decision. Which is exactly why I just hired my "Senior Software Tester" A.K.A My older brother. He isn't exactly a Linux groupee (said with the roll of the tongue), and is sort of a newbie to the whole Linux "thing", which is exactly why I think he will be perfect for testing, because He comes in with a open mind, unlike me. So I am going to let him use the distro for a week or so and see how he likes it.

Okay, y'all have a great day!

The perfect open-sourcer does not exist

In One Minute : Maven

Once suspended, lazar will not be able to comment or publish posts until their suspension is removed.

Once unsuspended, lazar will be able to comment and publish posts again.

Once unpublished, all posts by lazar will become hidden and only accessible to themselves.

If lazar is not suspended, they can still re-publish their posts from their dashboard.

Once unpublished, this post will become invisible to the public and only accessible to Lazar.

Thanks for keeping DEV Community 👩‍💻👨‍💻 safe. Here is what you can do to flag lazar:

Unflagging lazar will restore default visibility to their posts.