Variables in PHP are some containers that store the type of the variable, its value, the amount of referring variables to this container, and the flag - whether this variable is referenced. 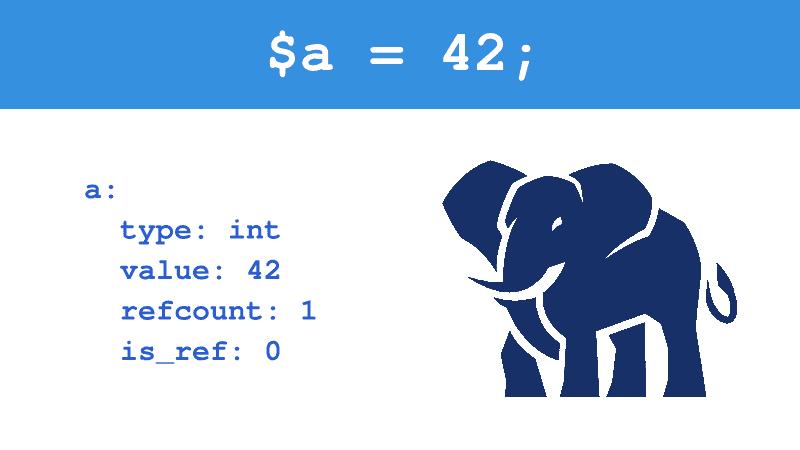 Structures are very similar to classes, but they can not have methods, just data, pointers to data and pointers to functions. Declaring a structure in C, you define the data type. And when defining a variable, you can write the name of this structure in place of the type of that variable, like so:

Pointers are like variables, but their values store an address in memory. Reference variables behave like dereferenced pointers, that means they access values of the pointer. Let's look at an example: 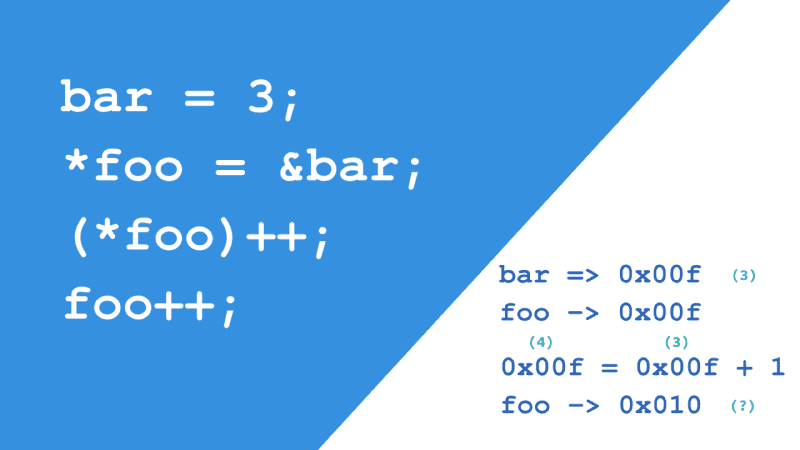 The container is a structure called zval (short for “Zend value”), it represents an arbitrary PHP value and looks like this:

As we can see, there is a value, a type, a flag and an amount of referring variables. PHP zval supports the following 8 types:

zvalue_value is an union. A union is a special type that may have several members declarations of different types, but only one will be used. That how it defines:

As a result, when you create a variable of this type, it will take in memory exactly as much as occupies the heaviest element of unions. 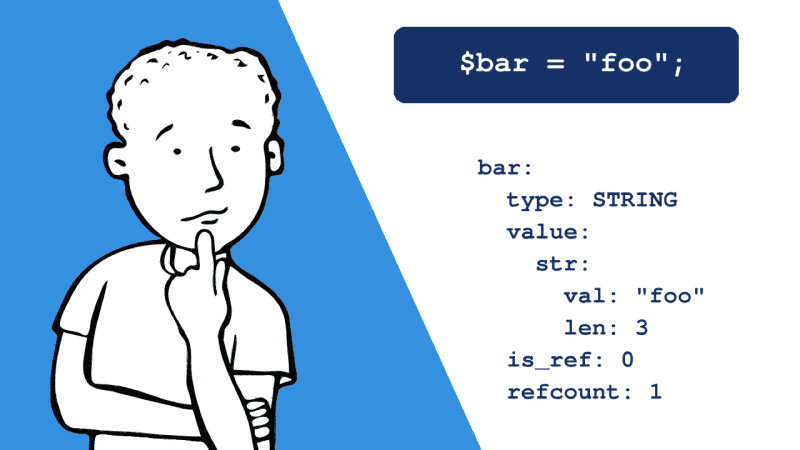 Why do we need all this

First, let's figure out why we need refcount. That's very simple: when you assign to a variable value of another variable, they both refer to one zval, and refcount increments. 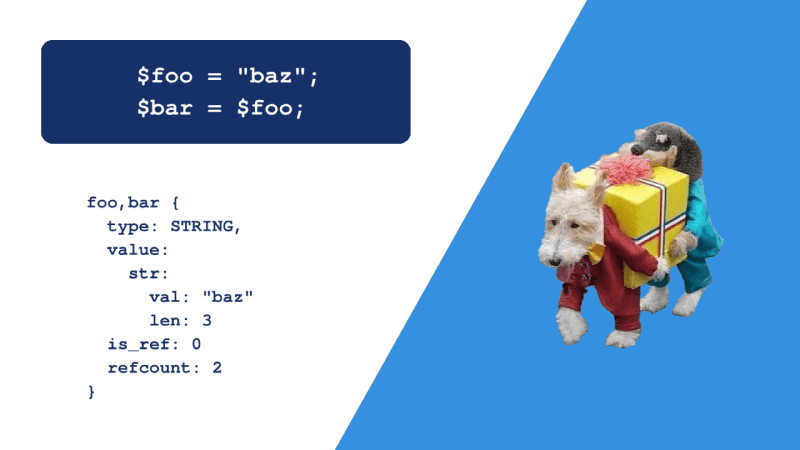 Now, if you change the value of one of these variables, PHP seeing the refcount greater than 1, will copy this zval, make the changes there, and your variable will point already to the new zval. It will look something like this:

This technique is called "copy on write" and it allows to reduce memory consumption quite well. Also, refcount is needed for the garbage collector, which removes from memory all zvals, which have refcount = 0.

And what happens with references? And is_ref is working? That's very simple: if you create a reference from a variable, the is_ref flag becomes 1, and the above optimization for this zval will not be applied.

Interesting in reading more about PHP? Follow this link to find more articles 😉

Once suspended, larapulse will not be able to comment or publish posts until their suspension is removed.

Once unsuspended, larapulse will be able to comment and publish posts again.

Once unpublished, all posts by larapulse will become hidden and only accessible to themselves.

If larapulse is not suspended, they can still re-publish their posts from their dashboard.

Once unpublished, this post will become invisible to the public and only accessible to Sergey Podgornyy.

Thanks for keeping DEV Community 👩‍💻👨‍💻 safe. Here is what you can do to flag larapulse:

Unflagging larapulse will restore default visibility to their posts.