I am working on a site that will make displaying the different versions of the fingerings more interactive than a static set of images and text in tabular format.

Since 6 of the keys are basically circles, I started with those as a prototype. I have had a little experience with SVGs, so I located a W3 Schools tutorial for creating a filled circle.

This will ultimately be closer to a set of keys that are outlined in silver and filled with black if they are to be pressed to make the note sound.

I ran into the code issue trying to implement click events in a DRY way. I didn't want to create a function per key; I wanted to be able to change the fill value from none to a color when the SVG was clicked. Up to this point, I have only needed to work with elements by ID because I only had very specific and targeted functions to create.

I knew that I could invoke a lookup on all elements with a specific class using document.getElementsByClassName. I found a great code snippet that showed iterating the HTML collection as an array and attaching a click event to each item. I knew that I could capture the element the function was attached to easily enough, but this code would run as soon as the page was loaded and never respond to my clicks.

I spent about 20 minutes running Google searches to resolve the issue seemed like it should not be a problem. Why couldn't I simply pass an argument to my function? The answer was to use currying instead, a concept that a co-worker once described briefly to me but I had yet to dig into. The basic idea is that you can boil down a function with multiple arguments into multiple functions with single arguments, as shown in this image from the Wikipedia article:

In practice, this meant changing the keyPress() function I was calling in the click event handler to return a function that would take action when invoked, instead of on page load.

With this enhancement in place, I was able to return messages to the console only when I clicked on the keys and the proper ID value from the associated <div> was returned. 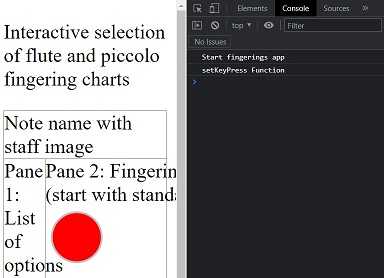 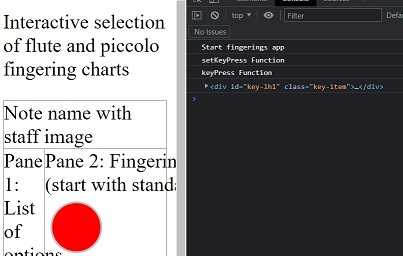 Do we even need if/else?

How a Business Coach Sydney Can Help You Grow Your Business

Kristen Kinnear-Ohlmann
I'm a junior dev working in many languages and databases. I'm looking for the next great project I can contribute to!
JavaScriptmas 2021
#javascript
Structure Instrument Key SVGs with Ids
#javascript #css #sideprojects
Throw a Custom Error in JavaScript
#javascript #tutorial