On the 10th of September, we are running the online Haskell Love Conference. 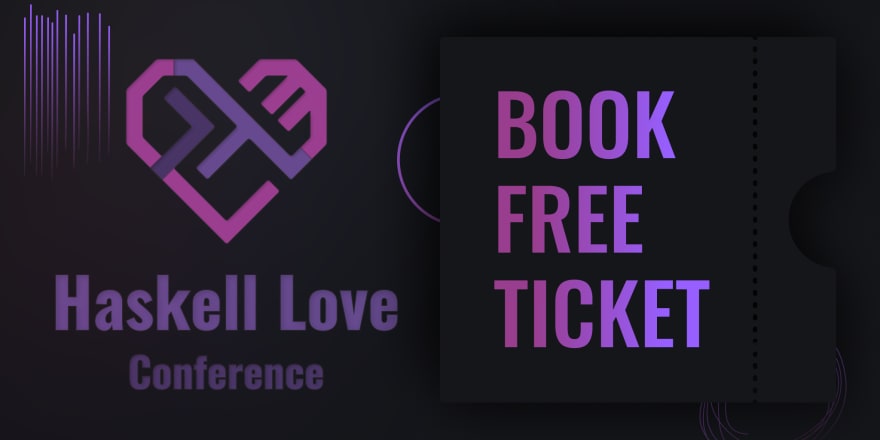 For the second time, the Haskell Love conference gathers all Haskell enthusiasts from around the globe!

It is about the Haskell language, of course. Haskell Love Conference is the biggest λ online event in the world. Attendees get the best content and the opportunity to meet the functional community a little bit closer, completely for free!

This event is focused on the FP community, knowledge exchange, and having fun!

It's amazing that Jeremy Gibbons is our lovely speaker second year in a row! We really appreciate it!

Looking forward to it! Don't need to break in any more... twitter.com/_haskellove/st…
Haskell Love Conference, online, free! @_haskellove
We've been so lucky to have @jer_gib @ #haskelllove 2020. For those who don't remember - Jeremy broke into University Department to have his talk then.What '21 'll bring?Who can tell,but you should definitely join the talk by one of our favorite speakers!Thx Jeremy for being w/us https://t.co/lqUFS3pv5d

Jeremy Gibbons is a Professor of Computing at the University of Oxford, where he teaches on the part-time professional Master’s program in Software Engineering and leads the Algebra of Programming research group. He is co-Editor-in-Chief of the Journal of Functional Programming.

Jeremy is former Chair of IFIP Working Group 2.1 on Algorithmic Languages and Calculi (which designed Algol68), and former Vice-Chair of ACM SIGPLAN (which runs ICFP). His recent book “Algorithm Design with Haskell” with Richard Bird was published last year by Cambridge University Press.

For people who work in Haskell, what Library do you desperately want someone to write?

A SimplePrelude (and make it opt out rather than opt in).

If you had to pick one thing to include in the next Haskell Report, what would it be?

What would, in your opinion, be a Haskell “killer application”?

I say it’s “little languages”: DSLs, deep and shallow embeddings, transformations and optimizations of ASTs, and so on.

What would be your favourite piece of Haskell-branded clothing?
Facemask. :-)

What I Wish I’d Known When Learning Haskell?

Once we were over the infamous Haskell learning curve, we began looking for functional programming, immutability, and types everywhere! Given that most modern applications are web apps, it is only a matter of time before we make the switch to typed-FP for front-end development. Would you write the front end in Haskell?

State of Haskell Survey results in 2020 shows that the number of developers who use Hackage vs. Stackage is almost the same. Which one do you use, why?

Preferably, neither! I tend not to write code that uses anything beyond the standard libraries.

96% of respondents of the State of Haskell Survey said they code as a hobby, do you? Is that for an open source project?

I’m lucky enough to have a job that is basically a hobby: even if I didn’t need to work to earn a living, I would still continue writing pretty programs and then writing papers about them.

If you wanted to convince someone to use Haskell, what would you say?

If you could change one thing about Haskell, what would it be?

To get back to simplicity, at least by default. I understand how recent changes to the libraries mean that minimum (3,4) = 4. But that craziness should only be revealed to expert users, after turning on a ComplicatedLibraries pragma. Out of the box, Haskell should not burn beginners; without the magic pragma, that expression should be a type error.

If you want to learn more and discuss your questions, please join Jeremy's presentation Continuation-passing style, defunctionalization, and associativity on the 10th of September at 17.15 CEST, Joy Track+ Q&A in SpatialChat !

Konfy
"I think we're moving in a very positive direction"— Noon van der Silk "Generally I think that all commonly needed libraries already exist and are quite good"— Ivan Gromakovskii "It's the most beautiful and elegant language I'm aware of."— Anton Kholomiov

Once unpublished, this post will become invisible to the public and only accessible to Anastasia Khomyakova ❤.