This post was originally published on notion. Click here if you prefer to read in notion page which has better readability.

This blog post illustrate development cycle using django app container. I assume readers are already somewhat familar with docker and docker-compose. Although I used django for app development, it is language-agnostic since the post is about containerized application deployment.

Walkthough is devided into three parts consisting three different environemt respectively. First part, describes the architecture of the app(api and async worker) and how they are deployed on local enviroment. Second part is how to deploy the docker containers on cloud using single ec2 instance with on staging environment. Third part, illustrate how to convert traditional ec2 deployment into ECS using fargate with github actions on prod environment.

You can check out previous part here. 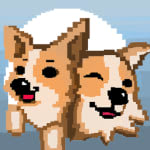 How to deploy django app to ECS Fargate Part1

ECS provides container management service that makes it easy to run, stop, and manage Docker containers on a cluster. However you still have to manage container instances with container agent running on instances. With AWS Fargate, you no longer have to provision, configure, or scale clusters of virtual machines to run containers. It's a good idea to have some understanding on following components of ECS. 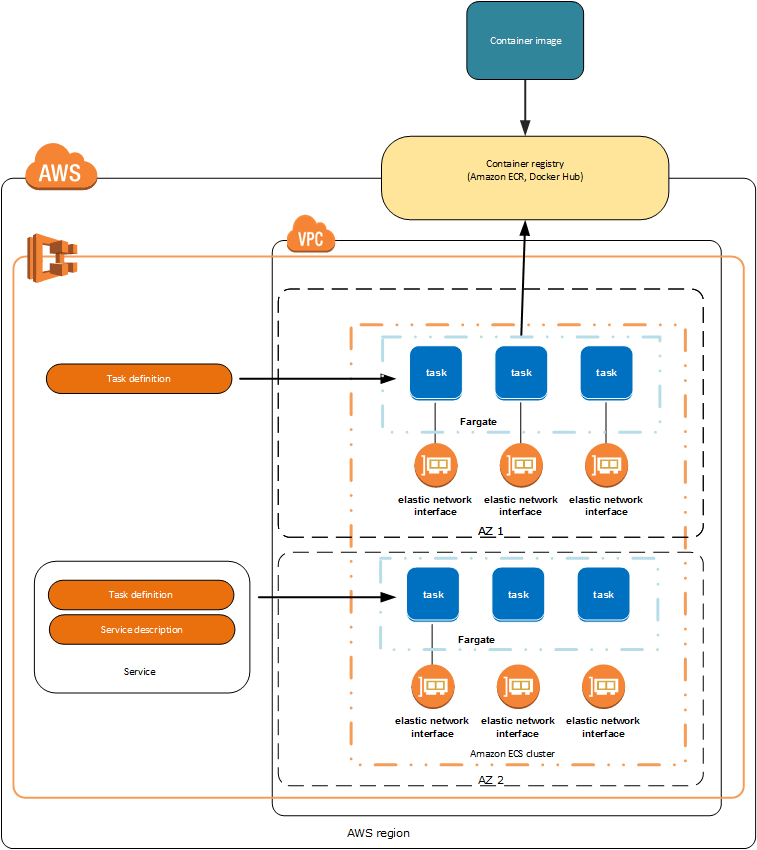 Logical grouping of resources that tasks and services are running on. When using the Fargate launch type with tasks within your cluster, ECS manages your cluster resources.

This enables you to run and maintain a specified number of instances of a task definition simultaneously in an Amazon ECS cluster. You need service to run them behind

json file that describes one or more containers. Task definition is not cluster dependent. You can understand it functions similar as docker-compose file.

instantiation of a task definition within a cluster. Each task that uses the Fargate launch type has its own isolation boundary and does not share the underlying kernel, CPU resources, memory resources, or elastic network interface with another task.

is responsible for placing tasks within your cluster. There are several different scheduling options available. Fargate currently only support REPLICA which places and maintains the desired number of tasks across your cluster. By default, the service scheduler spreads tasks across Availability Zones. You can use task placement strategies and constraints to customize task placement decisions.

We will use the VPC , RDB and Redis we created from part2, refer to the previous post or CF template for the setup.

Container networking is different in fargate

Let's review how container is structued in part 2. Nginx container and app container communictes through 8000 port through birdge network. And worker container will work. 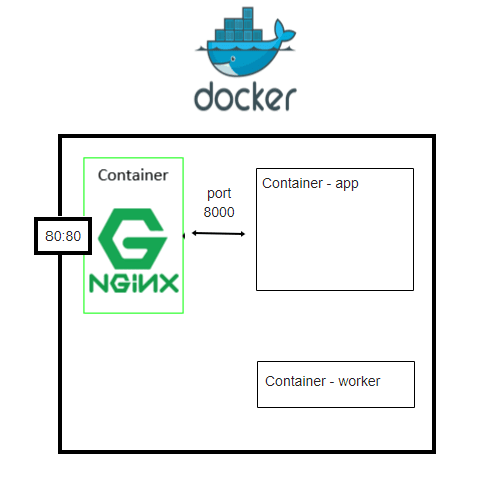 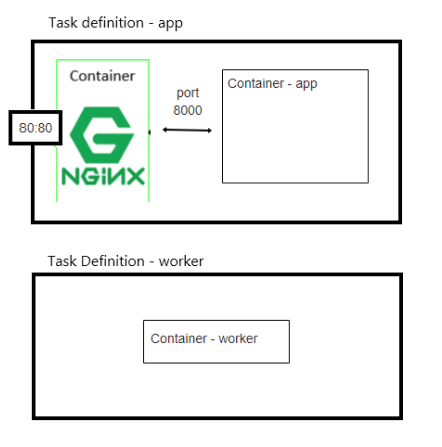 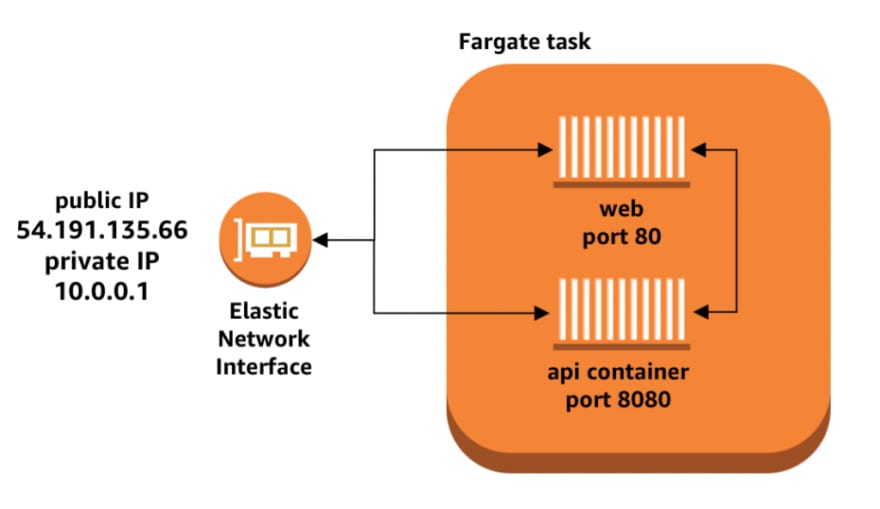 By making a networking request to this local interface, it bypasses the network interface hardware and instead the operating system just routes network calls from one process to the other directly. This gives the web tier a fast and efficient way to fetch information from the API tier with almost no networking latency.

We will update nginx image with new conf with above restriction

This sends a local network request, which goes directly from one container to the other over the local loopback interface without traversing the network. This deployment strategy allows for fast and efficient communication between two tightly coupled containers.

We will build new nginx image with this new conf and push the new image to ecr repository to include in the task definition.

You also need to allow

Let's craete a new loadbalancer which will be used for the service who manages connection between lb and tasks. 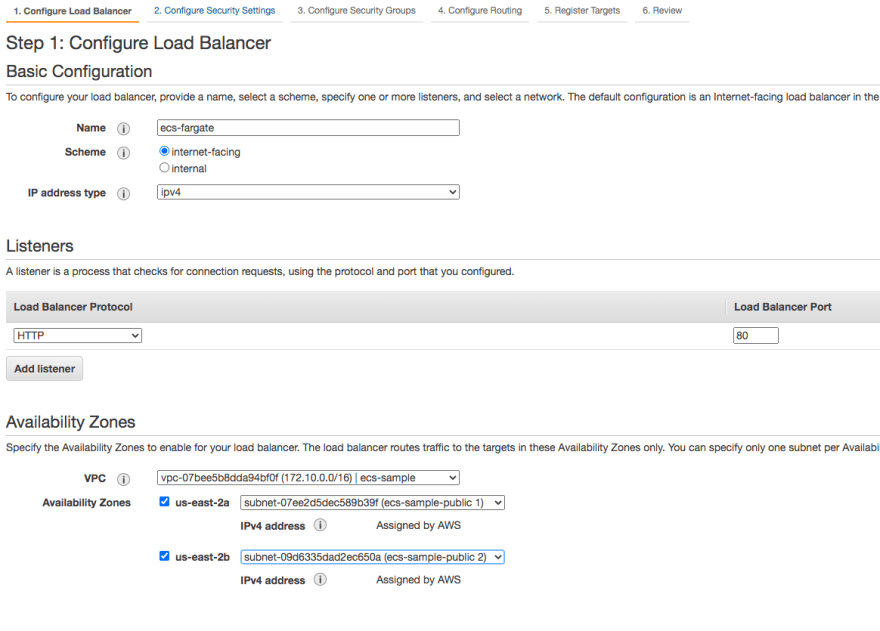 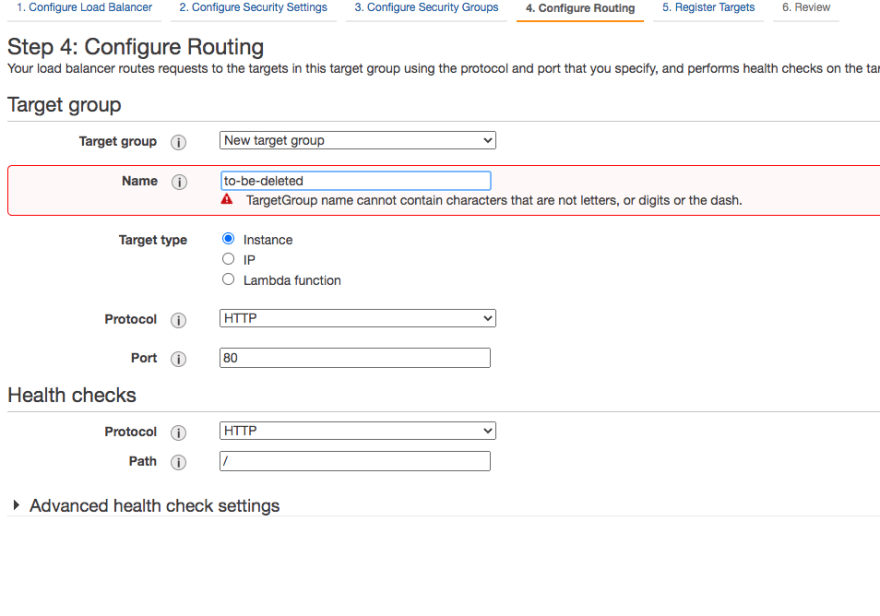 you can also use cli to create ALB instead of using console. This way, you don't need to create empty listener and target group whic will be deleted later

Take a note on DNS name of this load balancer for later use.

We will create empty cluster first. Goto ECS menu on console. (make sure you are in correct region) Create first cluster template 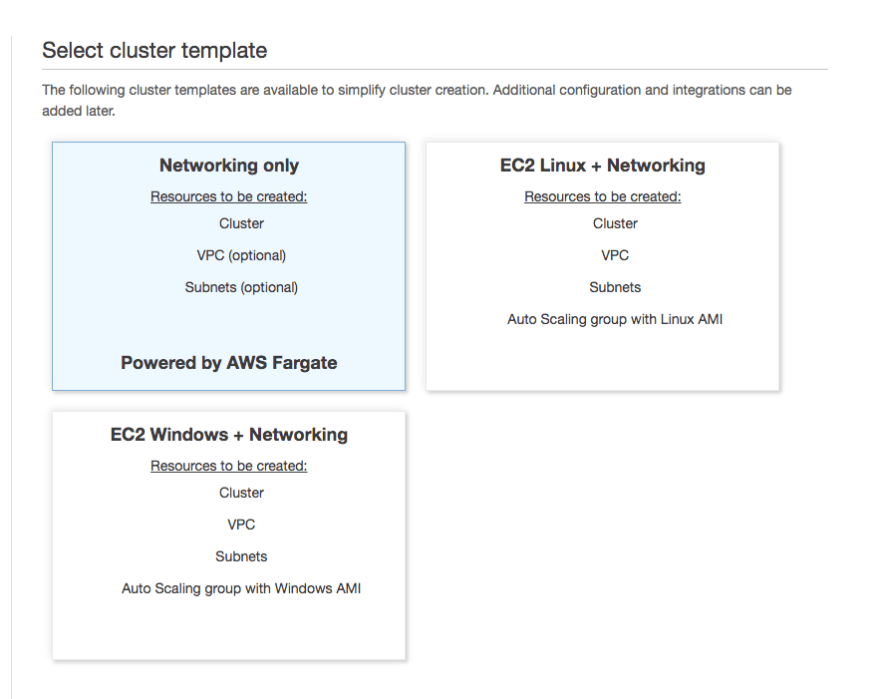 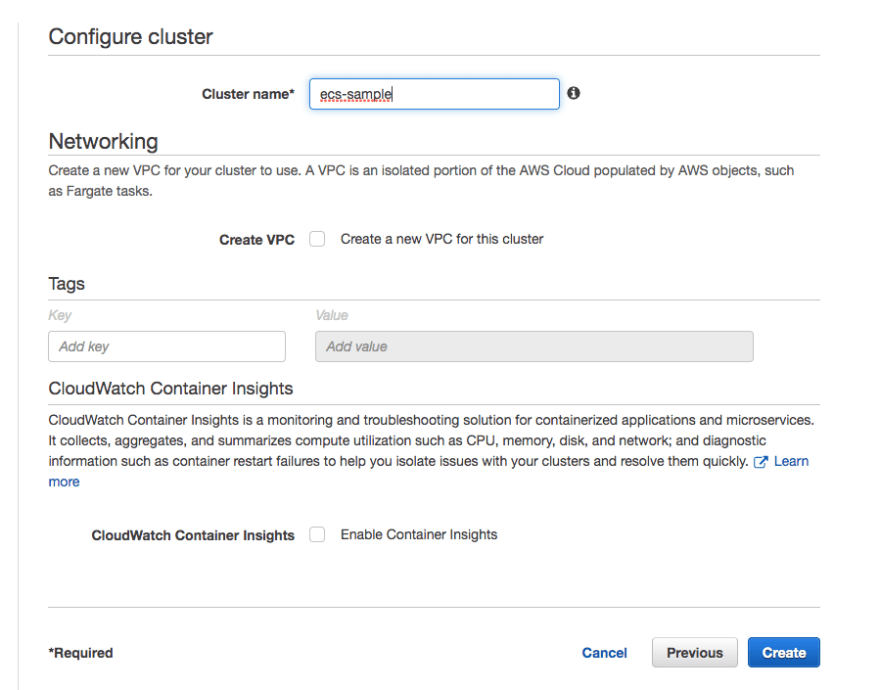 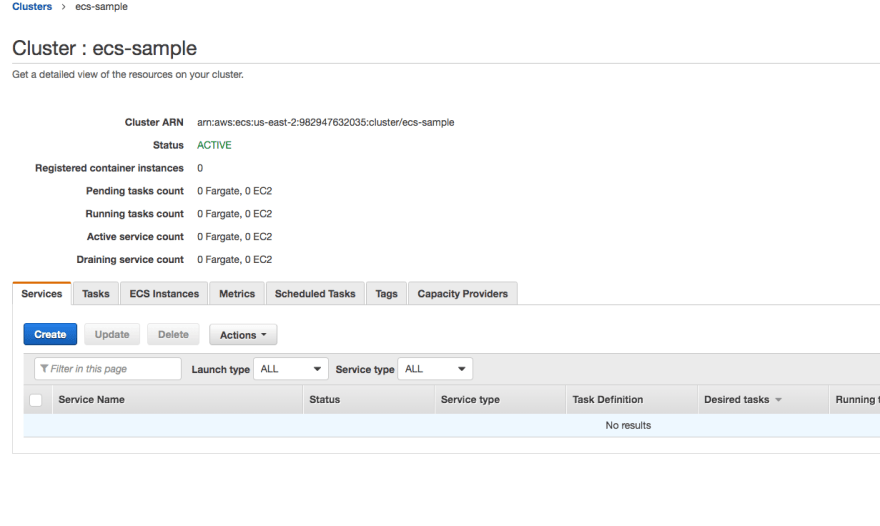 Alternatively you can create cluster with following command

Click Paramter Store on left menu. link(make sure you are on correct region)

Fill in the input as following screenshot. 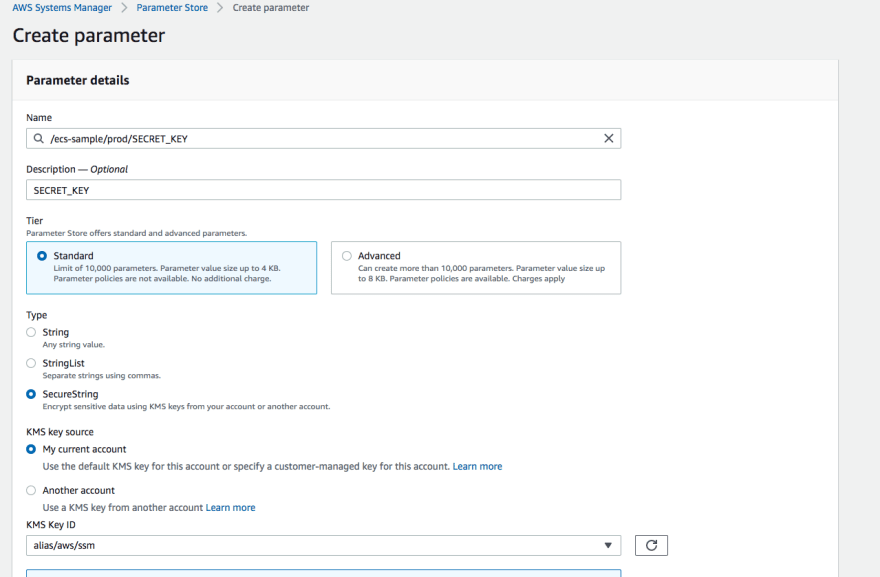 You will create value for following environment varibales

Alternatively you can use cli to create secure strings

As I mentioned earlier taks definition works smilar to docker-compose. Just like staging evn, we will have two task definitions and nginx container + api container and worker container

Using task definition template, you can fill in following configurations

Now you are ready to create ECS service which will fire up the tasks. Go to cluster and press create button on the services tab. 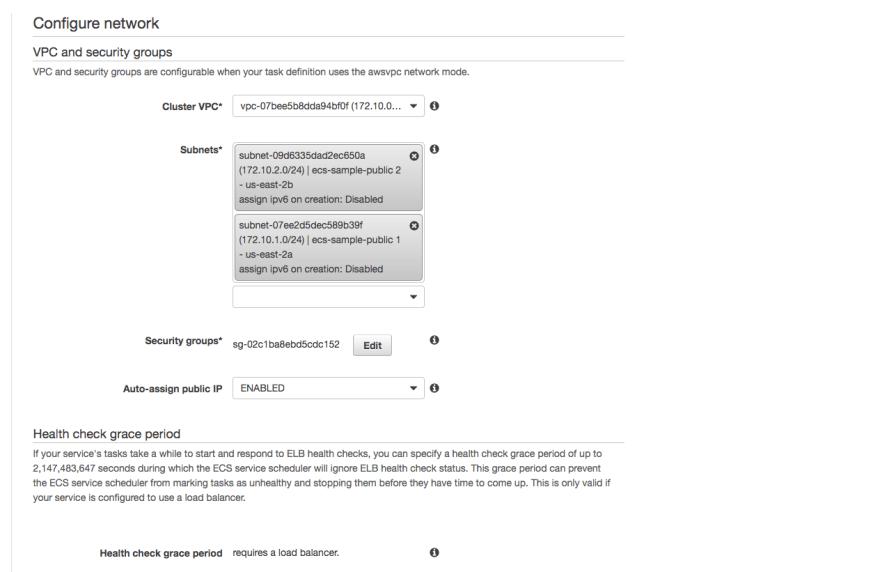 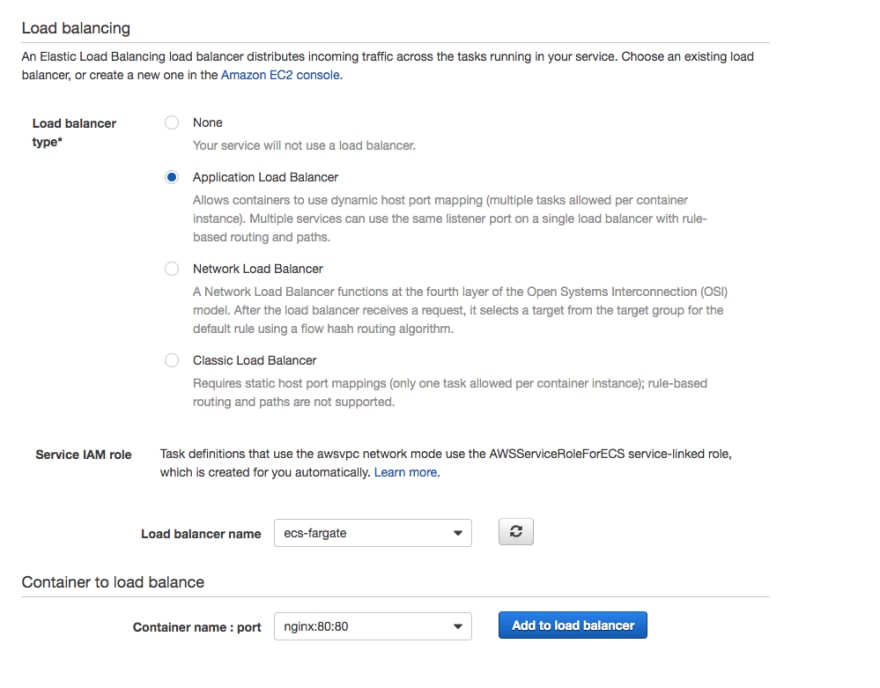 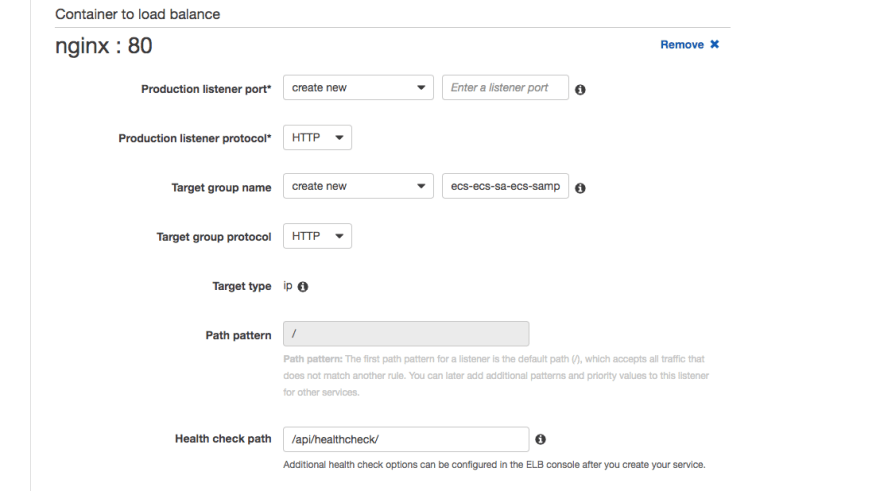 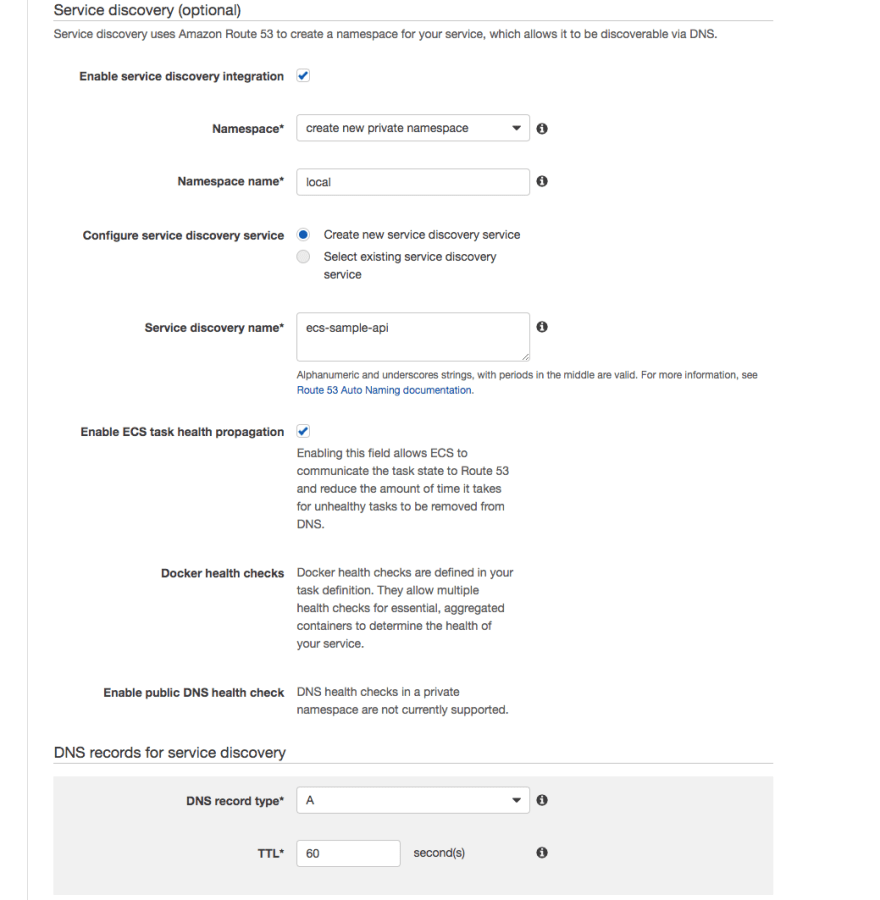 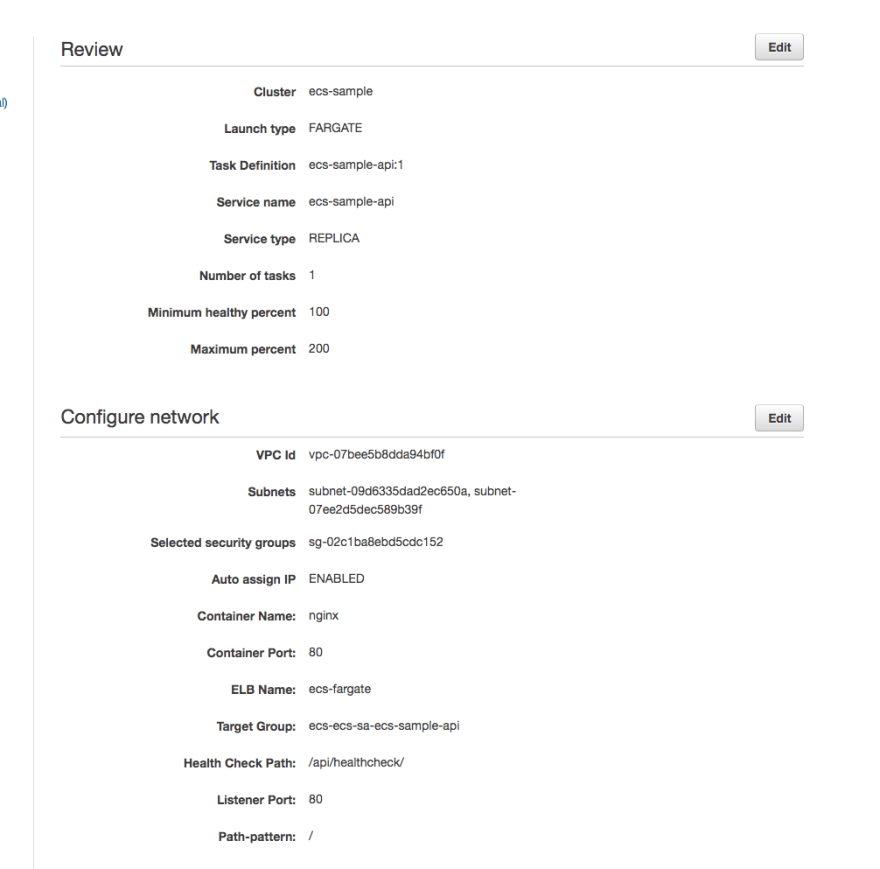 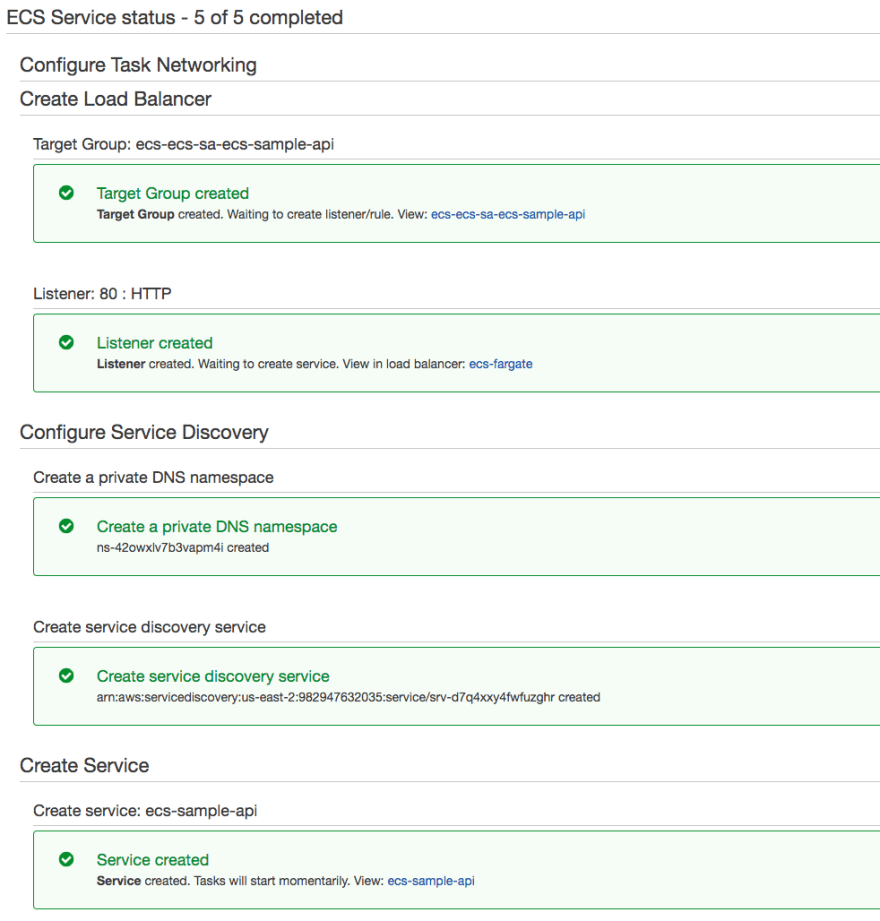 For worker task, reapeat above step except

Once everything is set let's deploy new service and wait for all service status to turn to green.

Go back to service you created and go to tasks tab, if you see all service running you will see following screenshot, however if you don't see any tasks running search tasks with stopped status and inspect logs(you might need to update task definition to configure logs) for any misconfigurations. 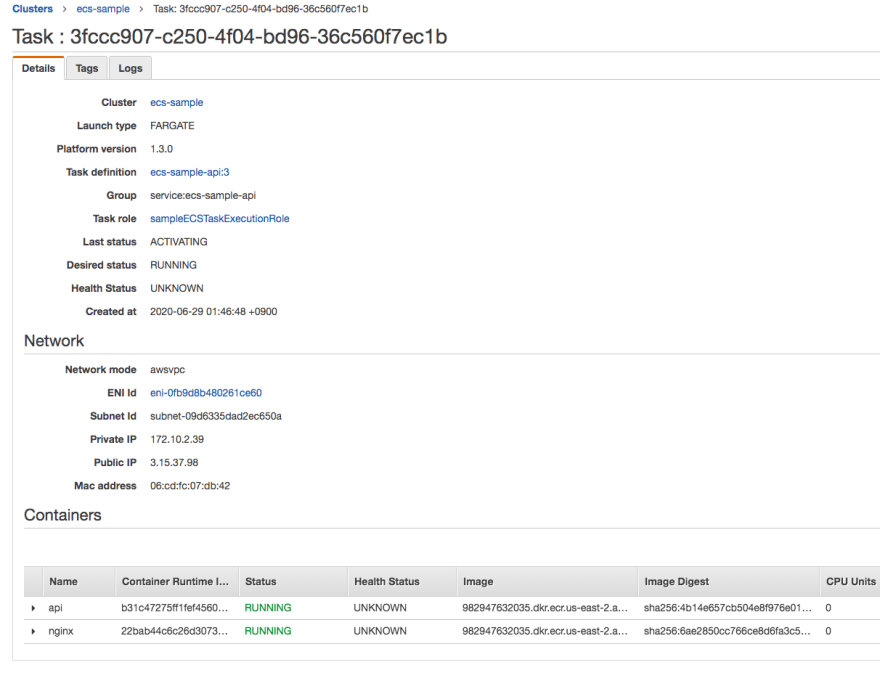 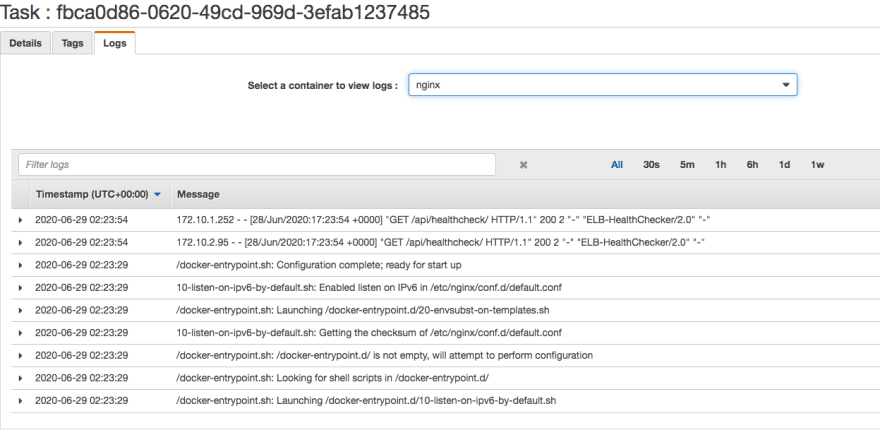 Let's check elb and route 53 to make sure everythign work.

To access the nginx from browser, type in DNS name of the load balancer to see if everything is working as we expected.

Once everything is deployed, there is a problem if I need to update a source image. I need to repeat all steps above include

We can automate this step with github action.

Take a look at following file in the repo .github/workflows/ecs_api.yml

Tutorial: Creating a Cluster with a Fargate Task Using the AWS CLI

5 habits every developer should adopt!