In the last weekend, I found the very nice project which is really huge. PWA Studio is a collection of tools that lets developers build complex Progressive Web Applications on top of Magento 2 stores. There are more than 100 contributors.

The issue was even if the filter was changed, it is not actually applied. 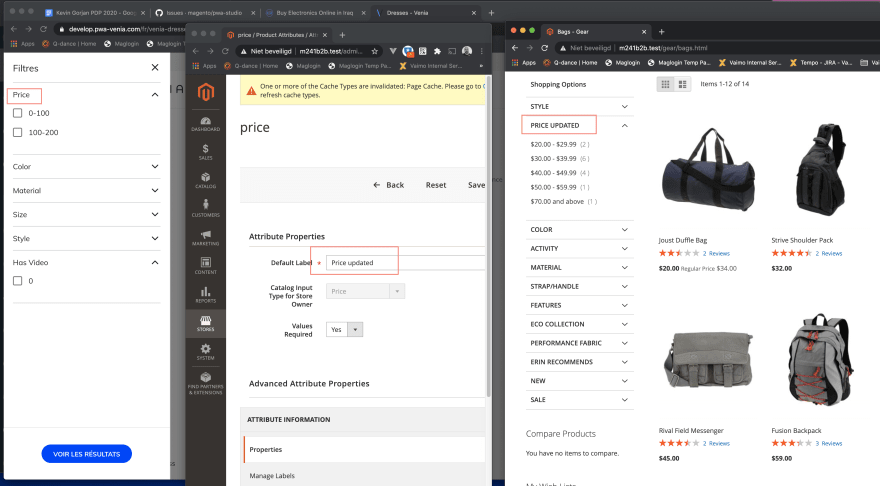 The person who raised this issue told that it might be because of GraphQL or any front-end issue. As I didn't know the GraphQL, I tried to find out what it is, then try to install the code and figure out what the problem is.
After spending couple days on it, I realized this was the thing that was beyond my ability. I needed to find out other project.

Small but needed to be changed a lot!

I spent an entire day to search github for this release 0.4. However, I was more careful to choose one after the failure. I didn't want to take another risk.

I will keep update the changes.

Check the manual that corresponds to your mysql server version for the right syntax to use near.

How to run javascript in visual studio code?