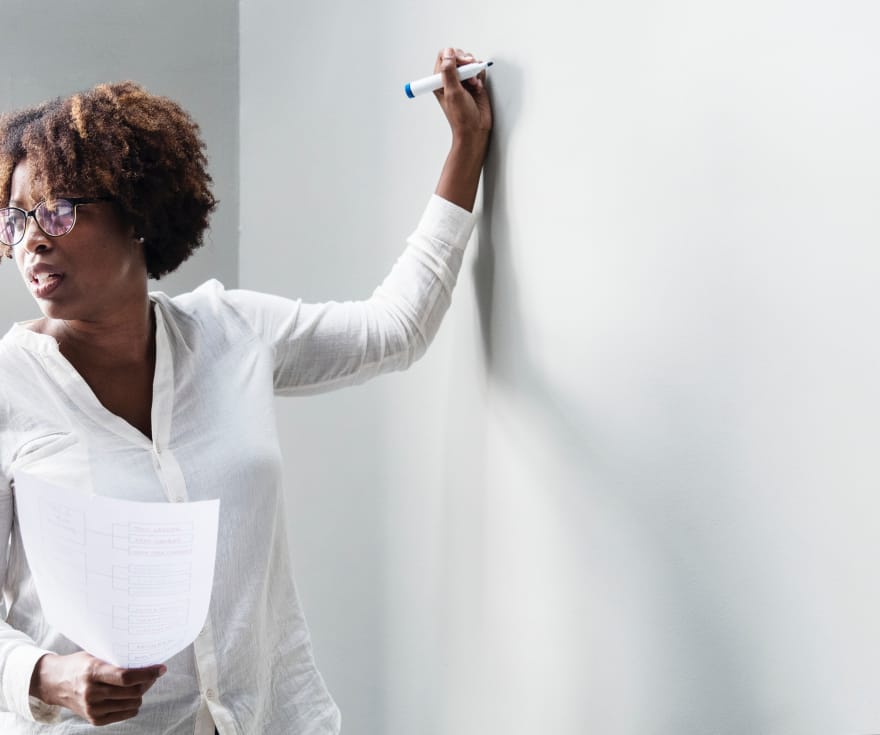 A common whiteboard problem that I have been asked to solve couple times, has been to "write a function to generate the nth Fibonacci number starting from 0,1". In this post, however, I want to address a common follow up question for this problem and that is what method is more efficient for solving this problem Recursion or Iteration.

It best practice to always attempt this problem before reading further into the article. So I listed out a few common tools for completing this problem.

The Fibonacci numbers are a sequence of integers in
which the first two elements are 0 & 1, and each following
elements are the sum of the two preceding elements:

By using Recursion to solve this problem we get a cleanly written function, that checks. If the given number is equal to 0 and 1 we return both given numbers.

If we pass a number that is greater than 0 and 1. Then we make two recursive calls where we add both calls with the nthNumber minus 1 and 2 in both calls.

But what happens if we pass higher numbers like 50, 67, 100. Well if you try to run the function with the given numbers in you're IDE. You will begin to notice how much longer it takes for this method gives us our Fibonacci number. Now trying to run a Space Complexity analysis will be a tricky thing to do because of a lot of things are happening behind the scenes of this recursive function. The reason for the poor performance is heavy push-pop of the stack memory in each recursive call.

Now for a way around this would be using memorization and storing each Fibonacci calculated so. But for now, I'm going to move along to the Iteration method and why it would compute our 100th Fibonacci number faster.

The Iteration method would be the prefer and faster approach to solving our problem because we are storing the first two of our Fibonacci numbers in two variables (previouspreviousNumber, previousNumber) and using "CurrentNumber" to store our Fibonacci number. Storing these values prevent us from constantly using memory space in the Stack. Thus giving us a time complexity of O(n).

Shell knowledge to get you through the day

Khalil Saboor
A little bit of college, self-taught, and BootCamp (Zip Code Wilmington) Dev. Looking to have my name show up when you google "#Trusttheprocess"
How should I go about creating a portfolio site?
#discuss #help #beginners #learning