Today I learned is a series where I share a short summary of one thing I learned during the day. The idea is to show what resources I used and give my own short explanation to things.

Regarding FE libraries for building UI, my go-to library has been Vue. Lately, I've also started to use React because well...it's the most-used FE library for the aforementioned purpose(NPM depended).
Yesterday, I reviewed a PR that used useRef hook, which I didn't know of before. That's why I started to look into it.

What are refs in React?

Refs provide a way to access DOM nodes or React elements created in the render method.

An example of using ref (from https://reactjs.org/docs/refs-and-the-dom.html): 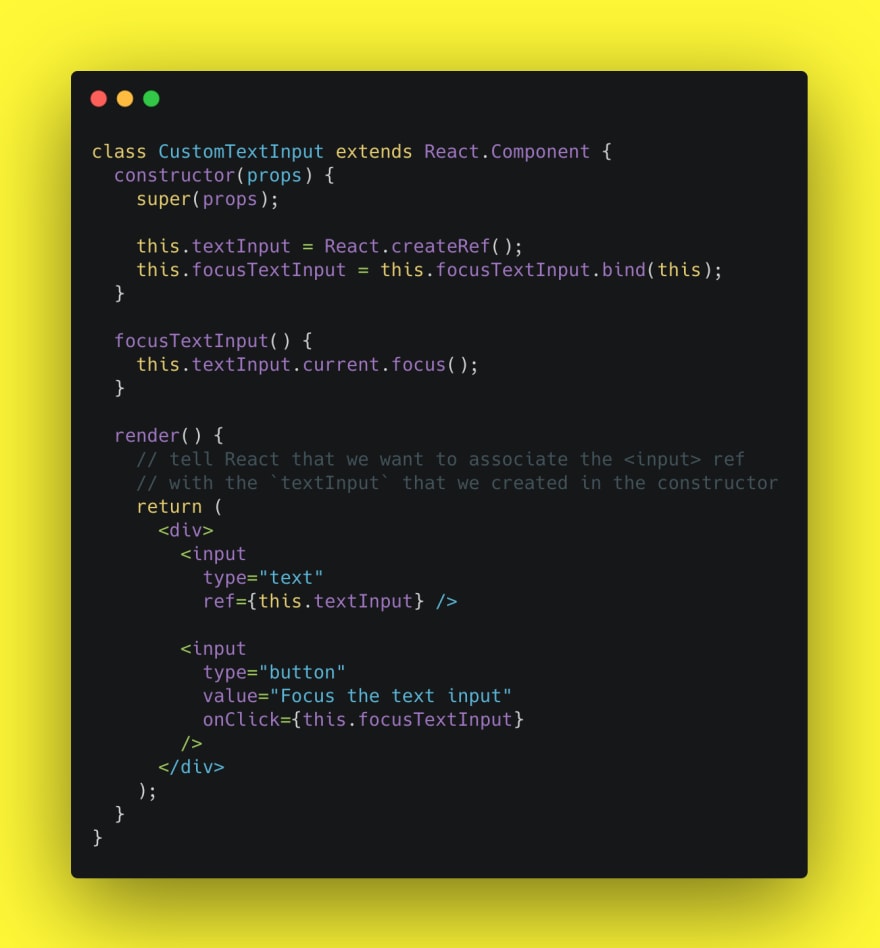 this.textInput.current refers to the DOM node, thus we can call out the .focus() method on it.

It's important to remember that each time the component rerenders, a new ref object is created.

With React hooks, useRef was introduced. 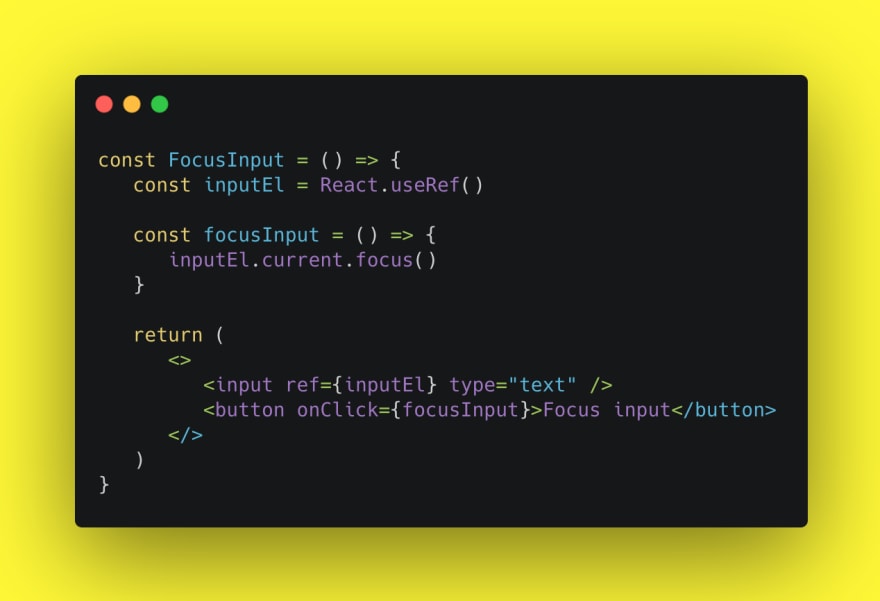 In his Article Introduction to useRef Hook, TrinhDinhHuy has created an awesome animation about the differences between createRef and useRef:

Resources I used to learn