I've used my holiday break to make an original .io game from scratch. It took me 5 days.

Here, I'll share how you can do the same. 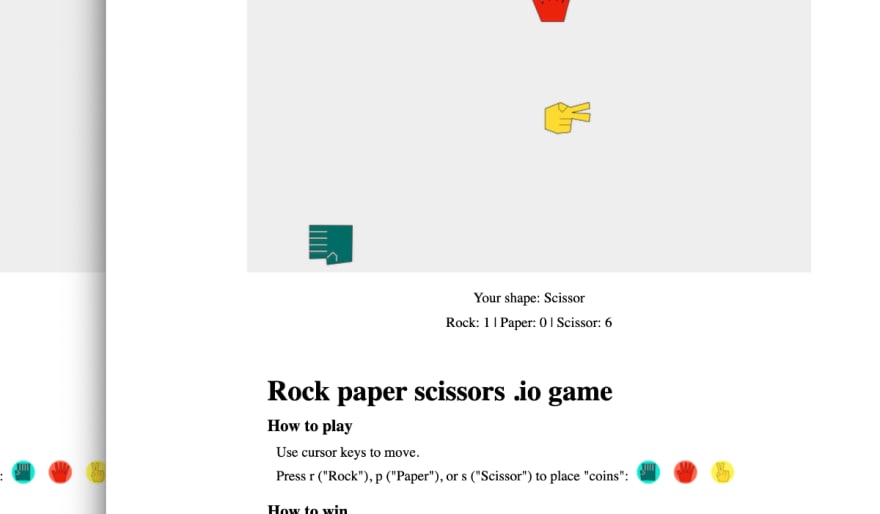 Cuz it's my passion.

Before I ventured into a software development career, I used to make a physical card game that teaches kids about environmental issues.

I poured my soul into that game, and I've wanted to make more games ever since.

Cuz online game dev has so much learning potential. 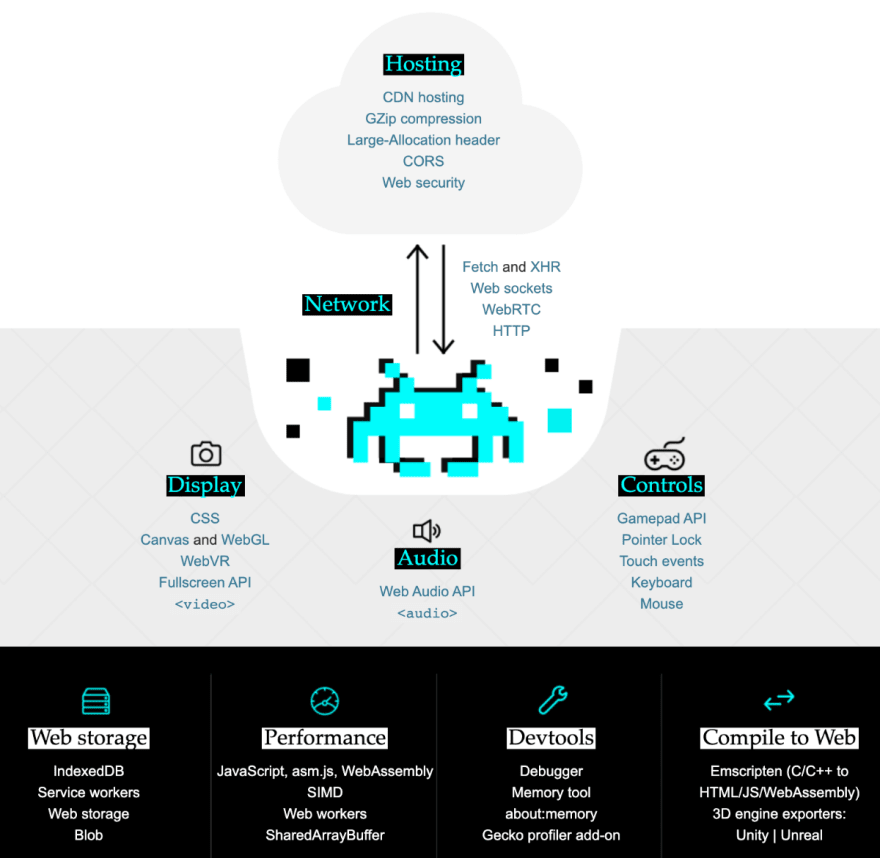 Take a look at the above image (from MDN game dev web page).

As you can see, it has so many surface areas that you can dig into.

Being a good software developer is all about being a constant learner. This excites me.

What's in it for you?

This tutorial serves as yet another article to give you that push to finally start making your own game.

I'm assuming that you have a little bit of programming experience already. When I describe the steps in specific terms, I expect you to be able to "Google it" for supplementary knowledge.

But don't worry.
I've also provided the commit by commit instruction in each step. When you're lost in the instruction, look at the code diff to make sure you're on track.

The game I made

It's like a 2D tank game, where you'll navigate your character to beat an opponent's character. But there's one twist. 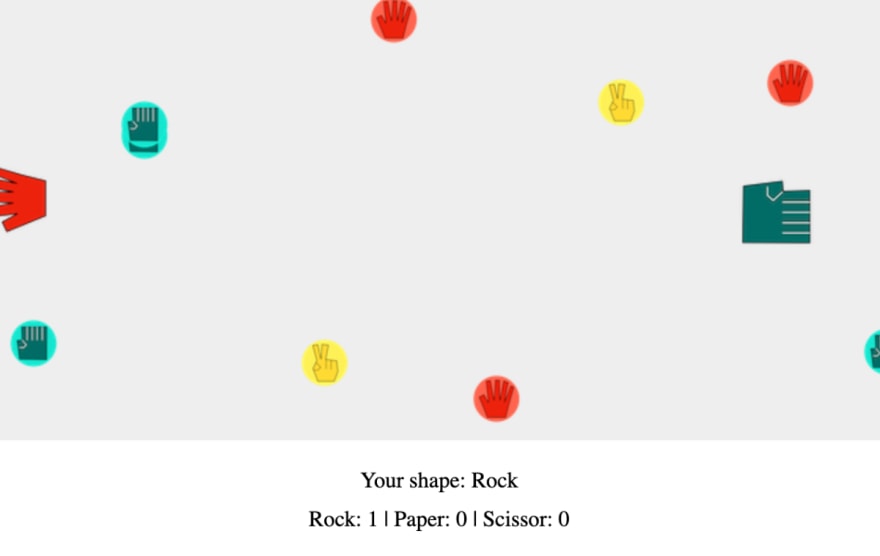 You'll have to play "Rock Paper Scissors" when you collide with opponents. So you'll need to be creative on how to adjust each character's "shape" before they collide.

You can play the game via this link. It might take a few seconds before it boots.

First of all, let's focus on making a foundation for a local development environment.

(Make sure you have a Node.js on your machine. I'm using MacBook + Homebrew)

This commit represents the progress so far.

You should be able to see some messages on console + HTML.

Part1-2: Draw something on canvas

Next, let's make sure you'll be able to draw/manipulate objects using the HTML canvas element. I've used this tutorial to get familiar with the basics.

This commit represents this part of progress.

Yay! your circle should be moving as you press your cursor keys :)

Finally, let's spin up a web server. This step prepares you for the next step, where you'll be moving your game state to the server-side.

To connect server-side logic with the user's input + rendering, we'll use a technology called WebSocket.

So far, we've created the following components to as scaffolding to build games on.

It's useful to have a summary of what kind of game you're making at this stage. Below's my version:

Let's build out the proof-of-concept, according to the game memo.

One useful step is to translate the game logic described above to actual data models our server should use.

Don't try to be perfect. Pay attention to "what's the foundational properties each role has to have?". We can add more properties later as the game gets sophisticated.

I started my data model as the following:

Pretty straightforward. The game has two arrays, with each object holds its x y coordinate. The coin has kind property to represent Rock/Paper/Scissor to have a different effect.

To provide consistent/fair UX among players, we should express game logic on the server-side. The client-side (JS run in browsers) will only be responsible for two things: rendering the game state and sending user inputs to the server.

We can imagine this separation as a continuous cycle of inputs -> state change -> rendering -> next inputs.

First, let's tackle the part where the server sends data models to the client-side. For the above, it'll simulate the state transition -> rendering part.

This commit describes this part. 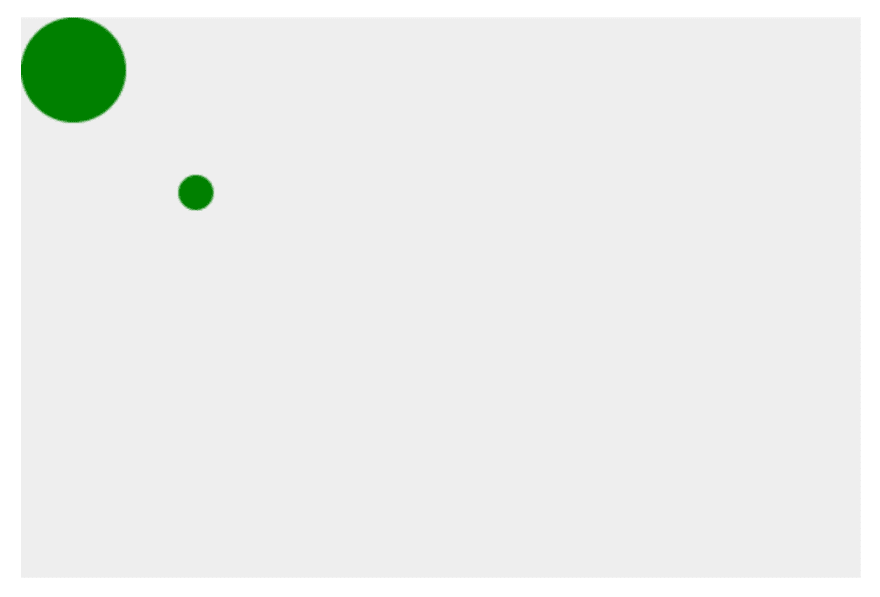 You should be able to see the circles at the coordinates/size defined on the server-side. 🎉

Next, let's express the other half of interaction: client inputs -> server state transition.

The commit and the successful output is as follows:

Congrats on making it this far! You already have 80% of the foundational code to make a 2D online game.

Part3: Adjust the elements to a "playable" state(Day4, Day5)

Now that we have most of the elements ready, how do we turn this into a "playable" game?

Let's come back to the game idea memo:

It's important to tell a "game dynamics" from a user's point of view. From the moment a player joins a game, how does it progress? How does it end? Do they want to come back after one game ends?

Let's use this sample player story as a guide to build the rest.

Let's address the part where each player's state changes by the coins collected so far.

You might wonder why coins won't appear on the screen. This is because the coin you've just placed collides with the player "right away".

There are several ways to fix this, but I'll do it in the next steps.

It might sound intimidating at first, but good articles/libraries are already out there to support you on this topic.

See this article for a good introduction to the subject.

One key difference here is that the player-to-player interaction will produce a "Rock Paper Scissor" event to determine the winner of that collision.

This will enable rendering the win/lose result to the client-side.

The commit is here

You're almost there! Let's replace the placeholder circles with Rock Paper Scissor images to communicate the game concept.

3rd step requires the knowledge of setTransform from Canvas API. There're many good articles out there to do this. MDN API doc is always a good start.

Above, I've described player-to-coin collision happens right away, hiding the coin object from appearing on the screen.

I can think of several ways to solve this (A. Change the coin concept to "bullet," shooting them from your player's object. B. Place the coins a little bit in front of you, ...).

In this post, I've chosen the option to "delay" the collision detection so that you can use coins both for you and for other players.

I've added the placedAt property to do this. placedAt will express the elapsed time since coin placement. This enables the small gap before the coin starts interacting with player objects.

As the last step, let's supplement the player story with basic instructions.

Think from the user's perspective. Users would know nothing about how your game works when they first see it.

Below's the screenshot of result display (top: winner side. bottom: loser side). 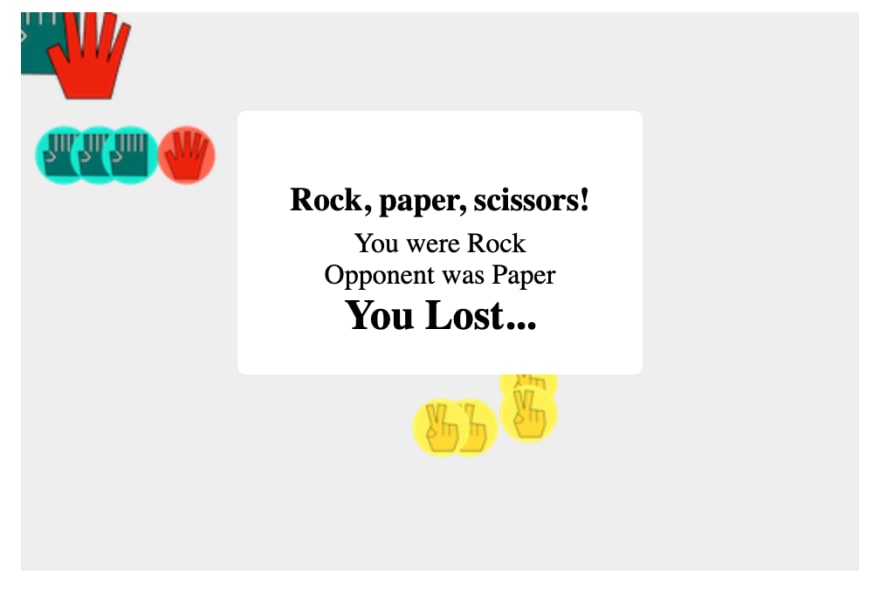 Choose where to deploy your game

If your objective is to prototype a casual game, I'd recommend Heroku Node.js deployment. It is easy to use, and the free tier should be enough to showcase your work.

Let's recap how far we've come by looking at the repository and its commit history.

Making a game itself is only half the outcome. Here're a few tips I've learned along the way:

1. Revisit the process as composable steps for the next game

Organize your commit and game elements so that you can reuse the patterns in the next game.

Eventually, you'll build your own pattern of techniques + elements, making the process tailored for your creativity.

2. Look for relevant articles + people who are doing the same thing

MDN is always a high-quality resource for web-based technologies.

It's critical to find likely-minded people who are already doing the output of their work.

Victor Zhou's blog on How to build a .io game from scratch helped me tremendously on this.

Be careful not to be swamped by the sheer amount of articles you'll find on the Internet. Not everything is high-quality.

A good measurement on when to stop searching is, "have I collected enough keywords/terminologies to unblock myself?".

3. Do a lot of deliberate practice

This is true to any kind of learning. The Game-making process is no exception, as it is a lifelong journey to create a game that's fun and satisfying.

Focus on the learning topic one at a time. There're many relevant technologies (Audio, WebRTC, Network programming, ...) and game genres(RPG, action, puzzle, ...) you could try. Trying to learn many things at once will degrade the learning.

Don't focus too much on "How to make people play my game?". Focus on "How can I share the learning within the game-making process?"

The latter will get you to a network of like-minded people, which is sometimes more important than the game itself.

I'll now focus on making the next game. Please give me comments/feedback on what you've thought of the article.

How to give Props Default Values in Vue

What do you use while working with Storybook?

Yuta Miyama
What’s the most annoying part of your job?
#discuss #career
Pitch me on Ruby
#discuss #ruby #pitchme
How My GitHub Profile Landed Me a Job at Spotify
#career #github #programming #webdev