I though I can use npm and Node.js for this, so I installed it yesterday.

The project is part of the FreeCodeCamp's course, and the first one is:

Then I started off with making the three essential files for web dev: 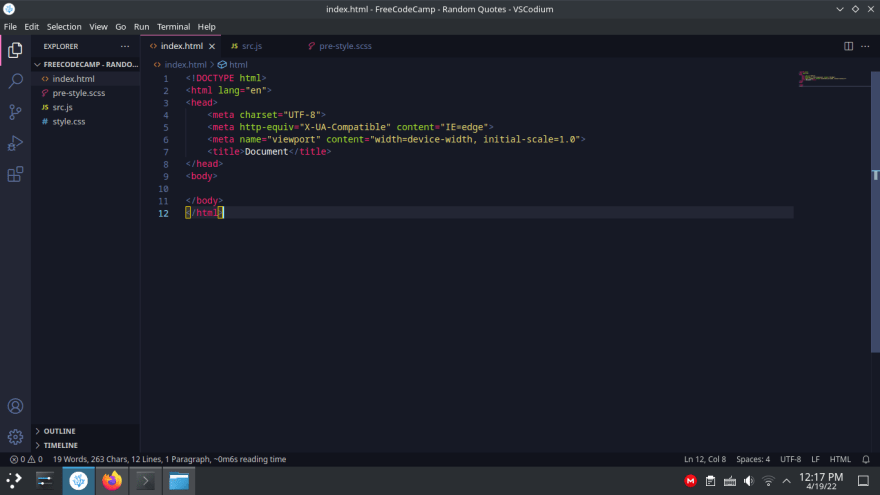 And then I deleted them after realizing that I need to run npm init first: 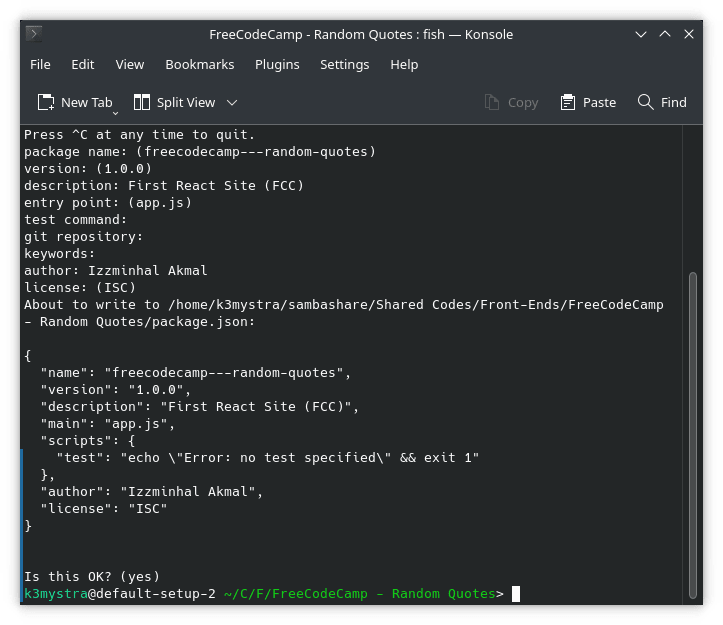 And then I reverted back because I want to learn the basics first: I don't want important things to be hidden. Node.js and npm offers good shortcut for working, but this is not going to teach me anything 🫠.

So, I'm back to square one. To get a refresher on React, I made a simple counter with a button. (I used the recommended beginner config for React here.)

And it worked! Yay 🥳

Next step is to install preprocessors for SASS and JSX, instead of depending on external ones. I opted for dart-sass and babel-cli, both installed with pacman.

Both of this have watch option, where it automatically compiles when the source files change. Isn't that neat?

Well, the dart-sass package seems to work well. But babel-cli throws an error? 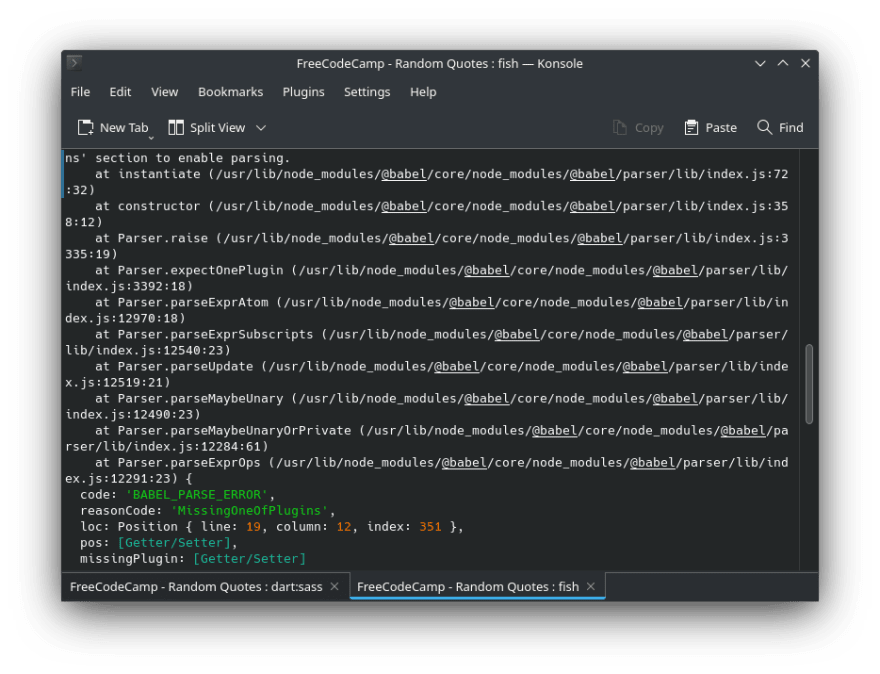 A dive into StackOverflow says that I need to install babel-preset-react, which means a reinstall of npm 🤦‍♂️.

(Another thing that really bugs me is the vulnerabilities that npm shows. I don't know if I should ignore this, but I'm scared.)

After half an hour wrestling with dependencies and plugins 💪, I have a working babel preprocessor, with the watch option.

A big lesson for me today is that web development change so fast that I need to follow the official documentation to avoid deprecated solutions.

Also, npm packages are HUGE. I seriously don't understand why, and for now I'll try to use other alternatives (native binary, etc.) whenever possible.

I think that's all from me today. See ya!

I Made React Router v6 Type-Safe

Once suspended, kemystra will not be able to comment or publish posts until their suspension is removed.

Once unsuspended, kemystra will be able to comment and publish posts again.

Once unpublished, all posts by kemystra will become hidden and only accessible to themselves.

If kemystra is not suspended, they can still re-publish their posts from their dashboard.

Once unpublished, this post will become invisible to the public and only accessible to Kemystra.

Thanks for keeping DEV Community safe. Here is what you can do to flag kemystra:

Unflagging kemystra will restore default visibility to their posts.