A couple weeks before Halloween 2021 I browsed Sketchfab and encountered a cool 3D model of Grim Reaper by 3DRT. It has a reasonable polycount, a set of different colours and smooth animations. So the decision was made to create a Halloween-themed live wallpaper with this model. However, I was not able to finish it before Halloween because I gradually added some new effects and features which took quite some time to implement and then tweak.

You can find a live web demo here, and for persons sensitive to flickering lights a version without lightning is here. You can interact with it by clicking the mouse on screen — this will change animation. Also you can enter free-camera mode which uses WASD navigation by pressing the Enter key.

As usual, source code is available on Github.

And of course you can get an Android live wallpaper app.

First, opaque (cloth is alpha-masked so it is also opaque) geometries are rendered. These animated objects use vertex animation with data stored in FP16 textures, so WebGL 2 is required for the demo.
After rendering opaque geometries, writing to depth is disabled with glDepthMask(false) and then transparent effects — smoke, dust and ghosts are drawn over them with blending. Sky is also drawn at this stage. Because it is the most distant object, it doesn’t have to contribute to depth — it is basically treated as a far clipping plane.

That’s where most of the time was spent — thinking of, creating, tweaking and rejecting various effects for a really simple scene with literally a single character in it.

Every time I had an idea on how to improve a look I added it to the Trello board. Then I had some time to think about it — how will it fit the scene, how to implement it, etc. So here is a breakdown of all used effects.

As a final touch, a rather heavy vignette is applied. This effect blends nicely with the gloomy atmosphere, helps to draw attention to the centre of screen and to visually conceal the bland void in the corners of the screen.

There are still a couple of effect ideas noted in my Trello board but I think that adding them will only clutter the scene without adding any more noticeable eye candies.

Sky is used to fill in the void around the main character. To add some dynamics and movement to these empty parts of the scene it is rendered with a shader which applies simple distortion and lightning to static clouds texture.

Timer for the lightning strikes is a periodic function of several sine waves combined, clamped to range [0…2]. I’ve used a really handy Desmos graphing calculator to visualize and tweak coefficients for this function — you can clearly see that the “spikes” of positive values create short periodic randomized bursts: 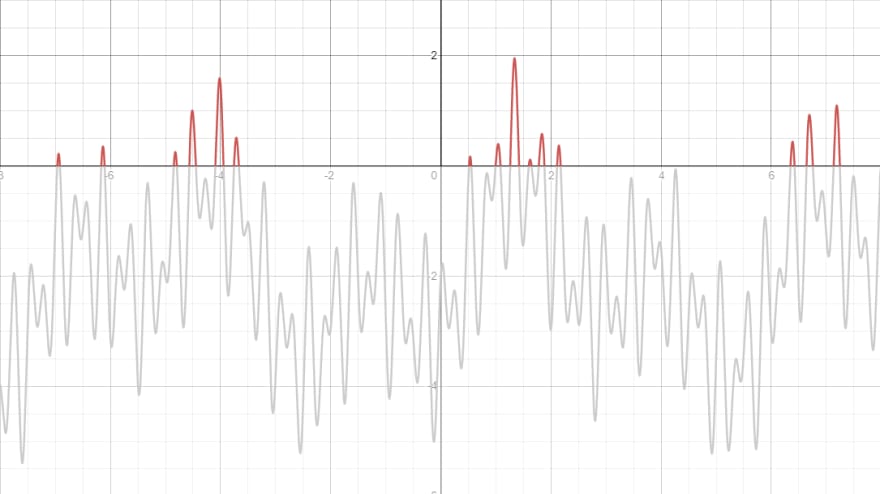 Ghostly trails floating around the grim reaper are inspired by this Unreal Engine 4 Niagara tutorial — https://www.artstation.com/artwork/ba4mNn.

Initial idea was to use a geometry in a shape of cut-out from the cylinder side and rotate it around the centre of the reaper model. However, my brother created a shader for a more flexible approach to use a single geometry which can be rotated at arbitrary radius and stretched to arbitrary length.

To achieve this, vertex shader changes the geometry of the original mesh. It modifies X and Y coordinates of the input model, bending them around the circle of given radius. Z coordinate is not getting additional transformations. It is responsible for scaling the final effect vertically. (World space is Z-up). Shader is tailored to work with a specific model — a tessellated sheet in the XZ plane (all Y coordinates are zero): 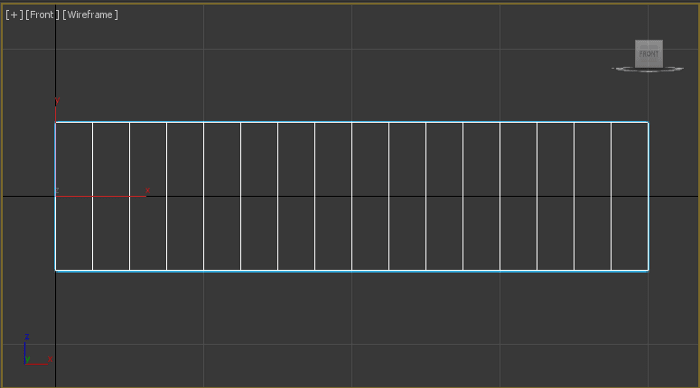 Later, geometry was optimized to tightly fit our sprite texture in order to reduce overdraw: 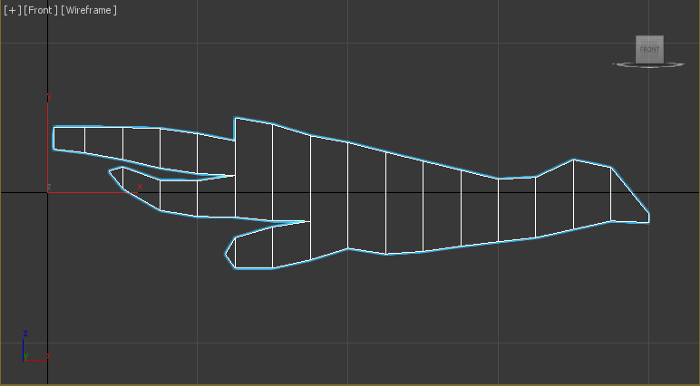 Based on the math of chord length, the X and Y coordinates of bent model are:

where theta = rm_Vertex.x / R, and R is a bend radius. However, theta is calculated differently in the shader:

lengthToRadius value is a uniform, but it is not just a reciprocal of R — we can pass values greater than 1/R to get effect length scaled (because it essentially is a pre-multiplication of rm_Vertex.x).
This minor change is done in order to eliminate redundant uniform-only math in the shader. Preliminary division of length by radius is done on the CPU and this result is passed into the shader via lengthToRadius uniform.
I’ve tried to improve this effect by applying displacement distortion in fragment shader but it appears to be virtually unnoticeable in motion. So we kept the original simpler version with static texture, which is also cheaper for the GPU.

Not implemented in the web version, but present in Android app is a reduced colours post-processing. This gritty effect perfectly fits the overall atmosphere and adds a right mood to the scene. It is implemented not as a separate post-processing render pass but is done in the fragment shader, so rendering is still essentially single-pass. 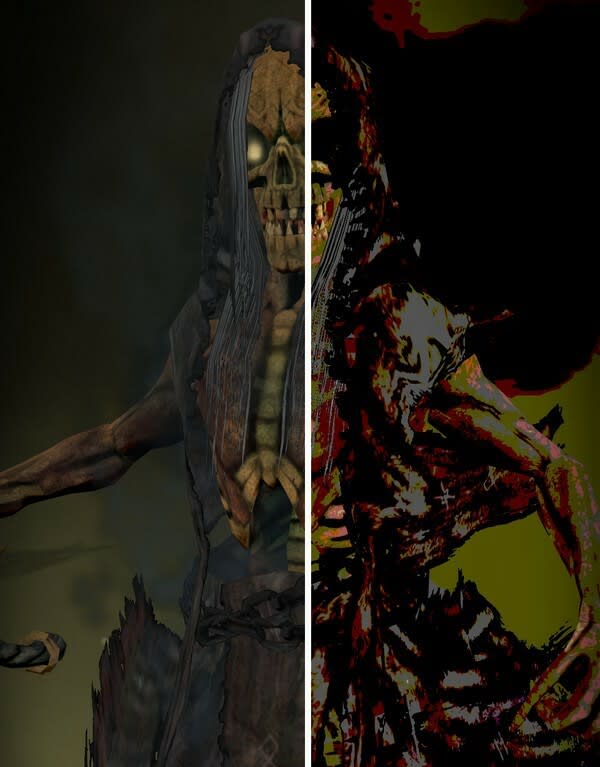 It is based on code from Q1K3 WebGL game https://github.com/phoboslab/q1k3, and I highly recommend to read a blog post about making of seemingly impossible Q1K3 — https://phoboslab.org/log/2021/09/q1k3-making-of.

Android live wallpaper targets OpenGL ES 3.0+ and uses efficient ETC2 and ASTC compressed textures. However, WebGL demo is optimized only for the fastest possible loading time. I really hate when some simple WebGL demo takes forever to load its unjustifiably huge resources. Because of this, a decision not to use hardware compressed textures was made. Instead, textures are compressed as lossy WebP. Total size of all assets including HTML/CSS/JS is just 2.7 MB so it loads pretty fast.
Recently, our mountains WebGL demo has also been updated with smaller resources but it is still way larger than the Reaper one — it downloads 10.8 MB of data on initial load.

How to use Assertion in Cypress? | Cypress Tutorial | Part VI

Once suspended, keaukraine will not be able to comment or publish posts until their suspension is removed.

Once unsuspended, keaukraine will be able to comment and publish posts again.

Once unpublished, all posts by keaukraine will become hidden and only accessible to themselves.

If keaukraine is not suspended, they can still re-publish their posts from their dashboard.