As with any developer & entrepreneur, my mind keeps searching for a new channel of growth for my startup. Sure, the usual marketing channels - SEO, Google Ads, Social Media - are super important.

However, with these channels being so tightly contested, as a developer, I need to find my edge. So, today, I want to share my experience of trying something different to grow Flexiple, which involved building a side project called Remote Tools.

If you don't have the time to read the entire story, I have summarised it in the below tweet:

👽 Spoiler: It was by building a side project @RemoteTools

I learnt from 3 examples:
👉🏽 Website Grader by @HubSpot
👉🏽 @unsplash by Crew
👉🏽 @BetaList by Openmargin

What is a side project?

The goal of a side project is similar to any other form of marketing - to capture the attention of your target audience. To achieve this, you need to build something on the side that they value. Then just subtly market your startup in that. Pretty straightforward.

But there are some crucial nuances. Three companies in particular - Hubspot, Crew, and OpenMargin - executed this perfectly and were also blessed with some serendipitous events. In fact, their side projects were so good that the latter two companies actually decided to pursue them full time! That's something, isn't it?
‍

Backstory
‍Hubspot was still a small setup. Brian (co-founder) would frequently ask Dharmesh (other co-founder) to evaluate websites on their inbound marketing potential. The latter would then manually review the source code of each. Finding this inefficient, he created a tool that automated this process. Recognising that this could be pretty beneficial to others too, he launched Website Grader, as a free tool.

Impact
Over 3 million websites have utilised it since. More importantly, it consistently generates a major portion of the 50,000+ leads that the company gets each month. Of course, such initiatives make Hubspot a very loved company too.

Unsplash is a platform that offers high-quality IP-free photos. 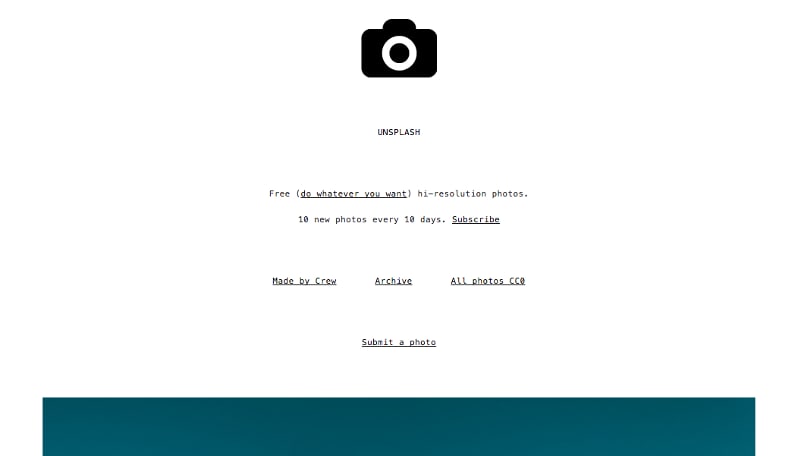 Backstory
While building a new website, the team hired a photographer for a few photos as they found stock photos to be unusable. Turned out that they had more photos than they needed. So, they chose 10 of those extra photos and put it on a $19 Tumblr theme, thinking that it might help others with a similar problem.

Impact
In a short time it started getting 11 million unique visitors each month and was the top referral generator for Crew. As alluded earlier, the team decided to sell Crew to Dribble, choosing instead to dedicate themselves entirely to Unsplash! 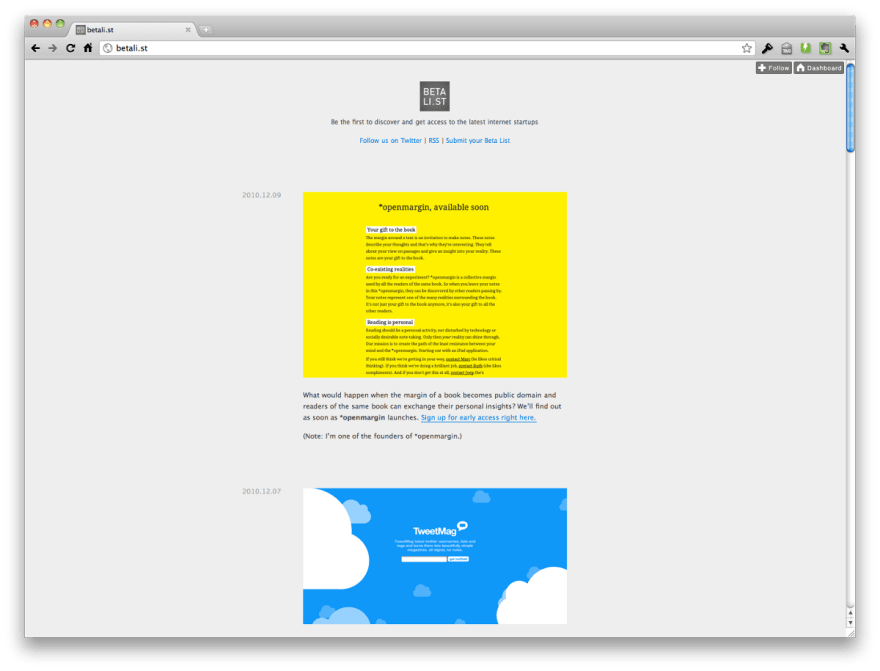 ‍Backstory
To find beta users, Marc (founder) decided that getting listed on TechCrunch would be a good way. Great, but that's the obvious part. To make this happen though, even he used a Tumblr theme, listed a few beta startups and also included Openmargin in it. He pitched this platform as: "Be the first to discover and get access to the latest internet startups”.

Impact
Not only did TechCrunch publish it but even Forbes picked his story up. Do check out his cool but unintuitive mail to TechCrunch. Marc got all the beta users he needed but also realised the bigger promise in Betalist and invested himself into that.

How did we use this to formulate our idea?

So we learnt that we should offer something of value to our target audience using existing resources (tools or even knowledge) to build something simple, inexpensively and quickly. Super, so that's our learnings summarised in a line. Here was born, Remote Tools - a curated repository of tools for remote teams. 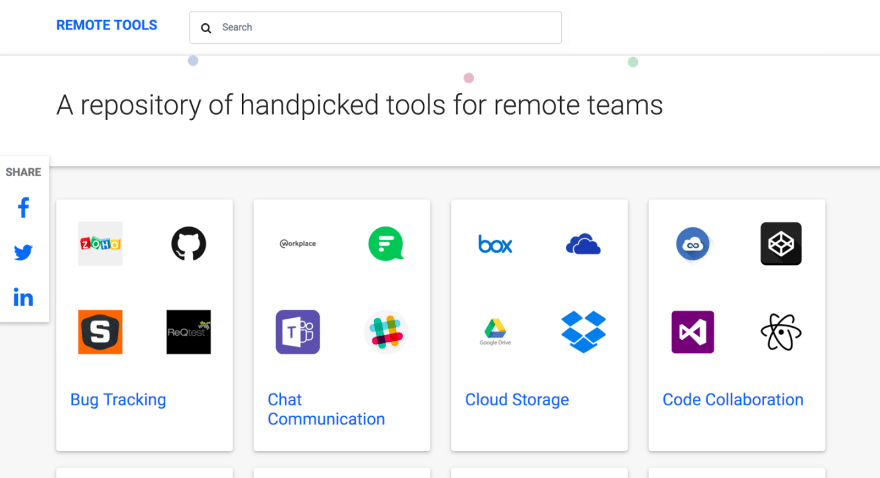 a) Value: Our target audience consisted of tech startups comfortable with remote working and typically in the US or Europe. Searching and evaluating tools for each use case is pretty painful. So, a one-stop platform to find the right tool, would be helpful to such companies.

b) Existing resources: Since, we regularly used such tools, we had already done the work of evaluating them. The effort needed thereafter was to only organise and structure them into an easily consumable format.

c) Simple and inexpensive: We decided to have a purely informational website. No upvotes, comments, etc. It was built in Wordpress so that it also had an existing system to support content management.

e) Initial traction: We posted the tool across various FB & LinkedIn groups, slack communities, etc. However, the clincher was our PH launch. We received ~500 upvotes, became the #2 product of the day and also got a lot of positive reviews.

What was the impact on business?

Over 10,000 users visited our website spending an average of 2 mins on our website. As promised, below is a screenshot of our google analytics dashboard. 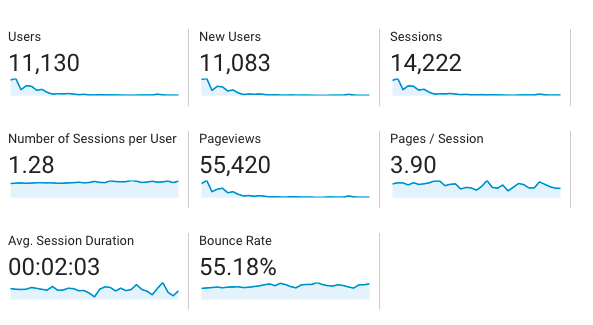 All of this wouldn't matter, if we weren't able to achieve the original goal - generating leads for Flexiple. But we were. We closed 4 client deals, where the clients stated the lead source as remote.tools.

In a period of a month, we made 10 times the money we had invested into the product! We had validated the idea and it now made sense to invest more into it and polish it further.

Every such initiative can't be a success and neither does it have to be. But to achieve big dreams with little money, you need a non-traditional channel to start delivering leads for you.

If I knew then what I know now

Side Project: Water Cooling My PC