Before start we must be clear about one term: The terminal or console. They are the interfaces that allow us to perform actions through commands.

And although today they are still used, commonly the use is by people with medium-high knowledge of informatics, thus excluding common users.

All this happened since the arrival of the GUI (Graphical User Interface) which in a general example is an environment with graphical elements: windows, icons, images that serve as a means of interaction between the user and the machine. The greatest example of GUI is Windows.

If we travel back in time, we may notice that even before the terminal we know, the Teleprinter was used. This was a device similar to the typewriter, allowing us to interact with computers through an output printed on paper. Imagine that through one cable everything you type would be reflected in the output of the other!

By this time we had hit upon what would be the basis for a terminal, as teletypes would soon connect to computers remotely by sending human-readable instructions to the computer.

As we know before there were no personal computers. What we did have were computers with the size and appearance of refrigerators that were located in rooms specially designed for them, so it was an era with "centralized computing" that forced users to connect to them through a teletypewriter.

However, little by little and thanks to the discoveries of the time, the teletypes were losing public, since due to the mechanical system with which they worked, they generated a lot of noise, added to the fact that they were limited to 10 characters per second, and as if that were not enough, they used too much paper for their communication.

Thus, in the 1960s, experiments were being carried out by companies such as IBM to be able to replace paper with CRT screens (Cathode Ray Tubes) that followed the MDA (Monochrome Display Adapter) standard, this offered a monochrome text, where a maximum of 80 columns x 25 lines of characters could be displayed. The image is displayed in green and black since the common practice for CRT monitors was to use green phosphor. PD: Also, as a curious fact, the only way to make digital art was through Ansi Art which uses letters, numbers, symbols to create the illusion of images through computer characters. 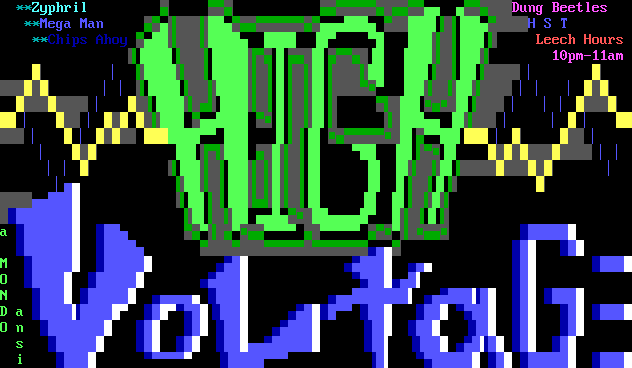 It was not until the 1970's that the video terminal became popular, thanks to the economic difference with its predecessor (plus the great advantages of not using paper, tapes, ink, and making less noise). So nowadays the computer terminal has been replaced by the PC. This is because in the past it was common to have a PC next to a terminal in separate devices, occupying much more space than it should. This is why programs were born that ran from the PC and simulated a terminal. This was the so-called terminal emulator, developed based on the behavior of various types of terminals.