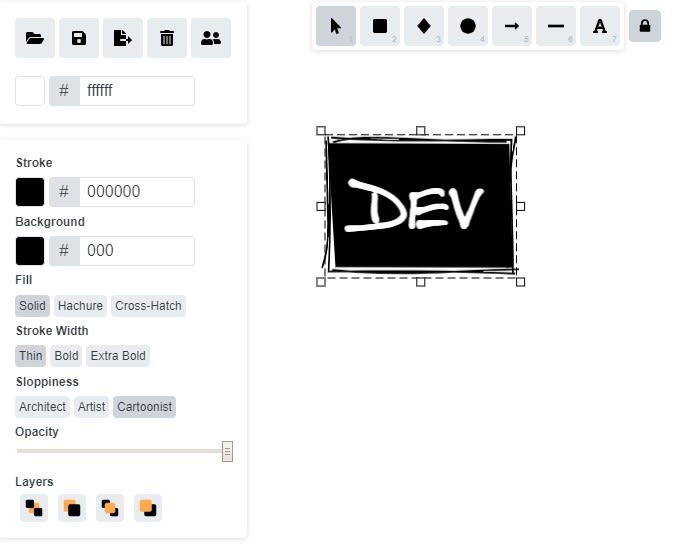 It was written by Christopher Chedeau, who works at Facebook. He worked on projects like React Native, create-react-app, Prettier and many others.

The project uses React and Typescript and is open-source. I was interested what state management library top-notch frontend engineers use for their side projects nowdays.

It turns out that no external state management library was used. Instead there is a custom mix of local component state and Redux.

I was interested in how this system works and I wrote a minimal example to reproduce Excalidraw's state management. There are three main blocks:

When application starts the app state is created and a new instance of ActionManager is instantiated. Both state and actionManager are provided as props to every react component down the tree. When a component wants to make a change, it calls actionManager.renderAction('someAction').

This is an interesting approach to state management which I did not met before. It has minimum boilerplate compared to the classic Redux.
There is props drilling with state and actionsManager, but it's not that bad.
The business logic is nicely grouped in actions folder and can be easily accessed from any component from the tree.

Once suspended, karataev will not be able to comment or publish posts until their suspension is removed.

Once unsuspended, karataev will be able to comment and publish posts again.

Once unpublished, all posts by karataev will become hidden and only accessible to themselves.

If karataev is not suspended, they can still re-publish their posts from their dashboard.

Once unpublished, this post will become invisible to the public and only accessible to Eugene Karataev.

Thanks for keeping DEV Community 👩‍💻👨‍💻 safe. Here is what you can do to flag karataev:

Unflagging karataev will restore default visibility to their posts.