Every developer has their own routines and of course their own tool set.,This depends also which programming language do you work with and which computer operating system.

The tools next to IDE´s sometimes are very limited on Linux machines, especially if you want only use open source or free tools. But the community is still growing, also through Hacktober Fest 2020. And more and more great tools are released every month. So big thanks to all the developers: 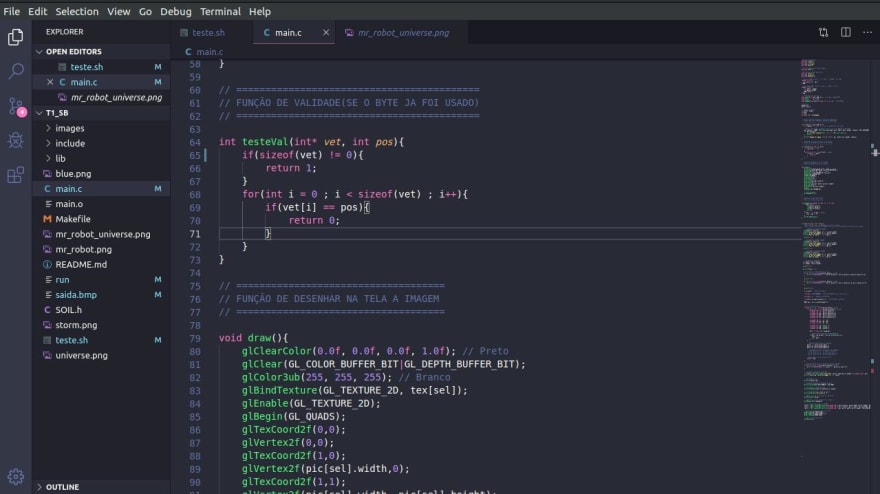 When it comes to Python programming I use the IDE Visual Studio Code. I tried a lot of different IDEs like Atom , Brackets or Eclipse. But i love customization and with VS Code you can change mostly everything on this IDE.

Visual Studio Code can be customized with different extensions and packages, very similar to Atom. Also you can change the whole IDE if you want. Its written in JavaScript and Typescript. Visual Studio Code is Published unter the MIT-License. 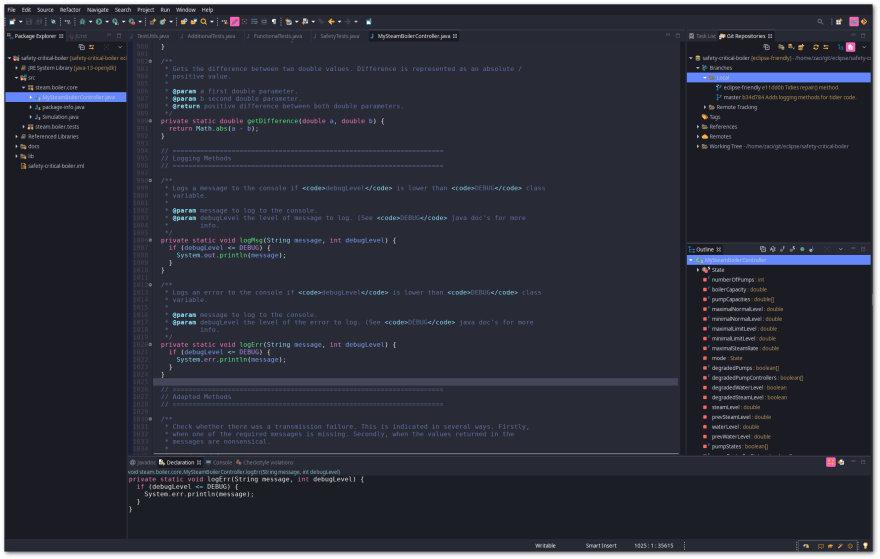 As i mentioned it before and in other Articles, next to R, Python I code C++. I'm currently on a certification progress for C++. Eclipse can also be used for Java programming too. With some extensions you get a proper C++ IDE with Eclipse and its also open source.

Eclipse is written in Java and published under the EPL License. 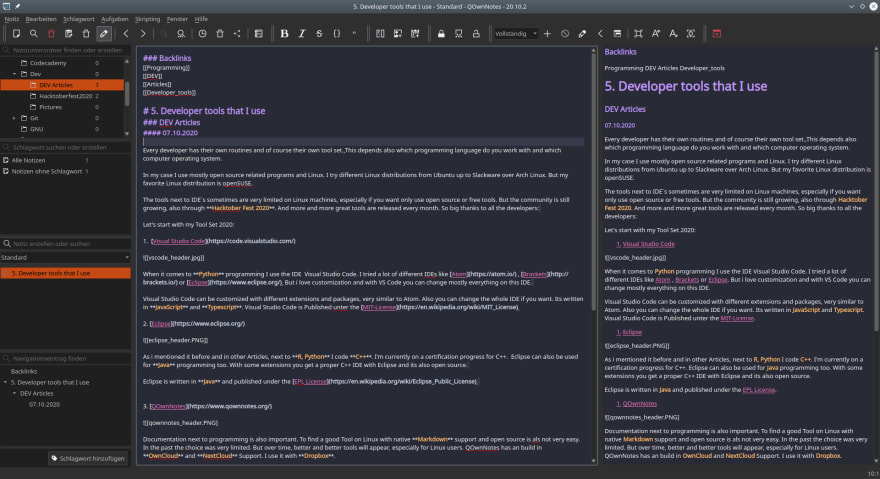 Documentation next to programming is also important. To find a good Tool on Linux with native Markdown support and open source is als not very easy. In the past the choice was very limited. But over time, better and better tools will appear, especially for Linux users. QOwnNotes has an build in OwnCloud and NextCloud Support. I use it with Dropbox.

I also tried most of them, from Joplin, Standard Notes, Noteable, Inkdrop, Simple Note, Laverna, Boost Note, Obsidian up to Dynalist etc. But most doesn't had the features i wanted.

GitKraken is the only program which one is not open source . Its an GitHub Desktop Client like GitHub Desktop.I also tried other applications like GitAhead, GitHub Desktop, Tower, Fork and SourceTree. Most of them have a Free License or works only on macOS or Windows. I choose GitKraken over GitAhead because the User Interface is better and the commits and branches are represented better.

As a Linux user its also possible to use Git via Command line. I goes this also very often, but when it comes to large projects with a lot of colleagues than its not very practical in my opinion. 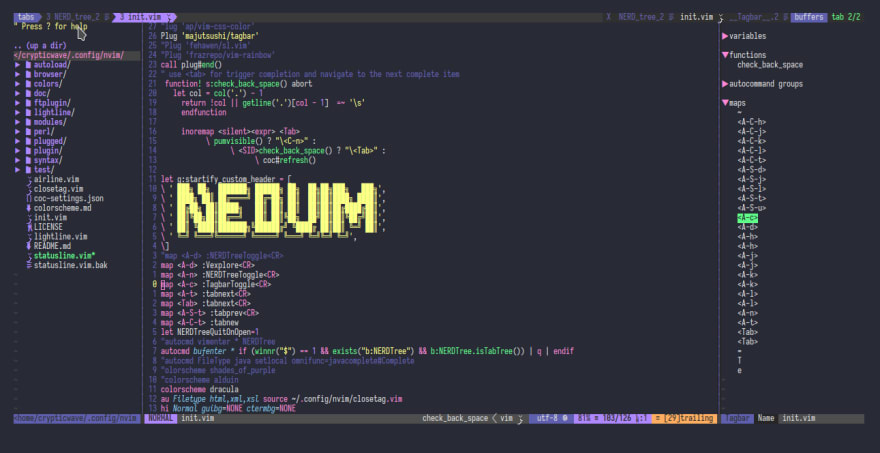 I use NeoVim as my main editor on Linux. I started with the "normal" Vim but after a time i wanted more like syntax highlighting. NeoVim support this and its retains a full backward compatibility to Vim. I use openSUSE and the editor Kate doensn't have the same Features than NeoVim. I also tried Emacs, yes if you can beat the steep learning curve and when you like a Not User Friendly UI, than its perfect for you :D

And yes, i love the Dracula-Theme🧛‍♂️

Once suspended, kaeptnkrunch will not be able to comment or publish posts until their suspension is removed.

Once unsuspended, kaeptnkrunch will be able to comment and publish posts again.

Once unpublished, all posts by kaeptnkrunch will become hidden and only accessible to themselves.

If kaeptnkrunch is not suspended, they can still re-publish their posts from their dashboard.

Once unpublished, this post will become invisible to the public and only accessible to Stephan B. R. Langenau.

Thanks for keeping DEV Community 👩‍💻👨‍💻 safe. Here is what you can do to flag kaeptnkrunch:

Unflagging kaeptnkrunch will restore default visibility to their posts.