I assume most people here are a little inclined to web development and so the name Mathcad might be new. PTC Mathcad is a desktop app built primarily for engineers to do math on a really readable document. It's like a limited word processor focused rather on doing calculations (MATLAB competitor) and how to display them. 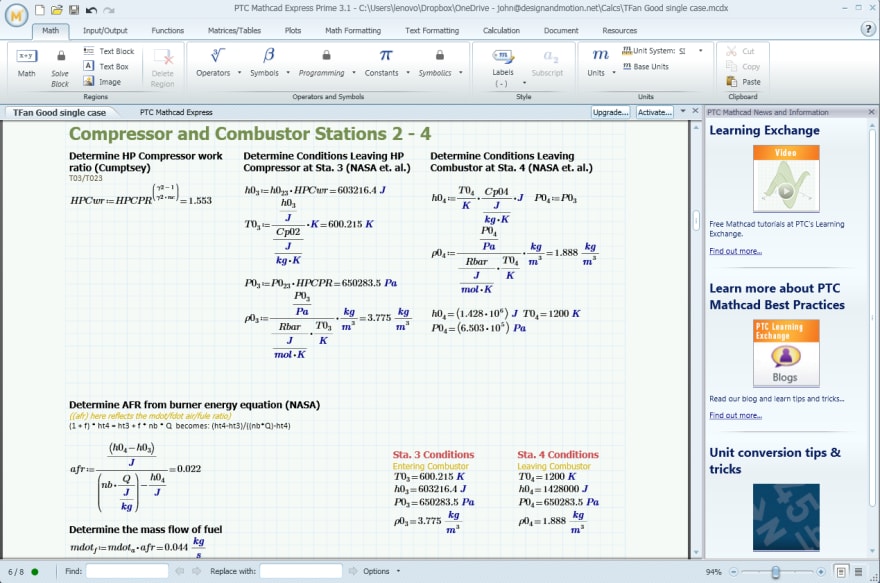 Now It's a really awesome tool. So why did I create an alternative? Well, it has some pain points, at least for me.

Introducing docal (what a name right?). It's written in Python. It's available as a kind of a compiler CLI and also a GUI built with Tkinter. 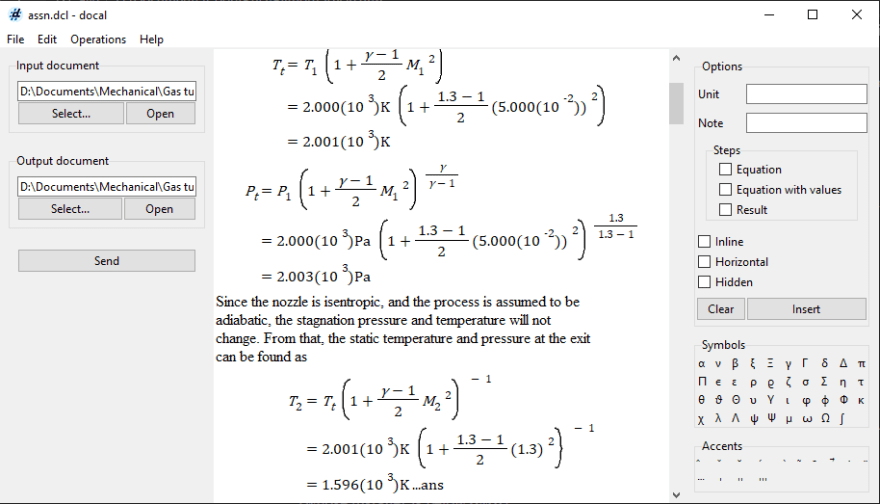 It solves all of the issues above.

Additionally, the fun part, it can insert calculations into existing documents at places specified by hashtags. This is so that you make no compromises on anything. Word and LaTeX are the best for word processing. Therefore it will not try to compete with them on that. But they are not designed to do calculations. docal fills that gap, and nothing more. You do the other parts of the document in Word or LaTeX, and the calculation parts in docal and insert them into the main document.

I started working on something very primitive to this a year and a half ago when I was doing mechanical projects at university. It started out as just a text replacement program for LaTeX files, easier because they are just text files. Then a friend suggested Word support. Then little by little, I started using it more and adding features and fixing issued along the way. Then I did my final year project with it and it was great! I was comfortable with working in a text editor and using the CLI but not all people are. So a GUI was necessary. But there was no support for displaying math in Tkinter (as far as I know). So I first used PyWebview and used KaTeX for the math. But, being a webview, it got slow for longer works. So I decided to tackle it using Tkinter. To do that, I first had to find a way to render math. So I made tkinter-math, a package to render math on a tkinter canvas. Then everything else was easy and the current implementation happened.

P.S. This is my first post on DEV, so if you think there is something I need to improve, please tell me.

Create app with Flet on python

A beginners guide to building a Flask API with Prisma

Once suspended, k1dv5 will not be able to comment or publish posts until their suspension is removed.

Once unsuspended, k1dv5 will be able to comment and publish posts again.

Once unpublished, all posts by k1dv5 will become hidden and only accessible to themselves.

If k1dv5 is not suspended, they can still re-publish their posts from their dashboard.

Once unpublished, this post will become invisible to the public and only accessible to Kidus Adugna.

Thanks for keeping DEV Community safe. Here is what you can do to flag k1dv5:

Unflagging k1dv5 will restore default visibility to their posts.