In this series we have discussed importing existing components into our new Angular Library.

But one particular compile error pops up repeatedly and seems to avoid any type of fix we try.

In an attempt to use our new 'action-items' component from our new application directory, the compiler issued a correct NG8001, as shown below. The reason was we did not export that component in our public.api.ts file. Once we did that the compile worked! 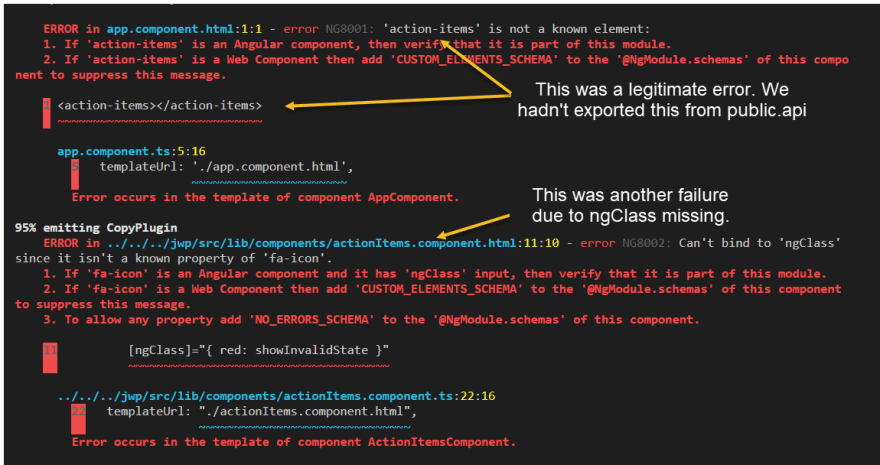 The compiler throws an exception for anything it cannot find. All error messages in this article are missing module imports. But because this is a library the install (npm i package) is done at the root layer which updates the outer package.json. Then the lib.module must be imported and then specified in the imports section of the Ngmodule.

A working example of this issue on GitHub

Remember, if you have a Test application which is attempting to use your library (during development at first) not having the proper exports in public.api.ts can cause unexpected failures.