Good morning, good afternoon, good evening, good night, what they are in common? Yeap, the word “Good”. The concept DRY consists in look this and “dry” your repetitions, after dry could be: Good, morning, afternoon, evening and night. Being thus the word would serve for all, without losing the logic.

Let’s see example in a code: 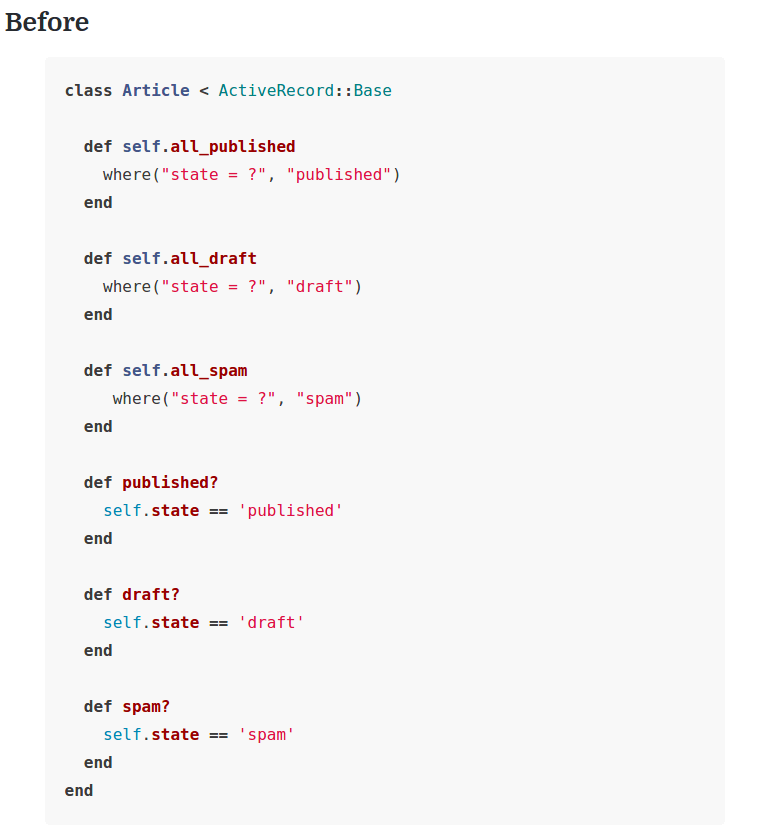 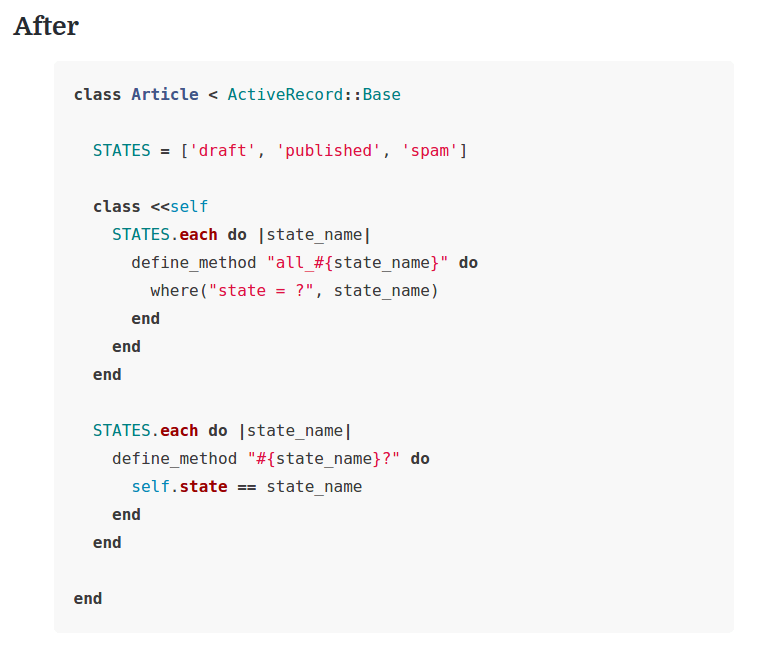 The same logic but in fewer lines of code. That is one of the philosophies about Ruby on Rails best practices, Ruby (and Rails) is fantastic because of this and others practices, Ruby code is totally readable, simple and powerful. And Rails has MVC organization, Tests, Naming Convention making a clean code, also has Convention Over Configuration and others things. So that’s it, let’s study and code.

How to refill someone’s “cup?”

Sometimes we rely so much on our friends and coworkers that we often forget to ma...

Trending on DEV
What was your win this week?
#discuss #weeklyretro
I feel worthless when I'm unproductive
#productivity #help
How do YOU manage python environments
#datascience #machinelearning #python #discuss
Share your WFH setup!
#discuss #workstations
If you were a recruiter, what would be your recruiting criteria?
#discuss #watercooler #computerscience #mjasks
April 3, 2020: What did you learn this week?
#weeklylearn #discuss #weeklyretro
Need advice on what to learn in 2020
#beginners #career
Designers shouldn't code.
#design #career