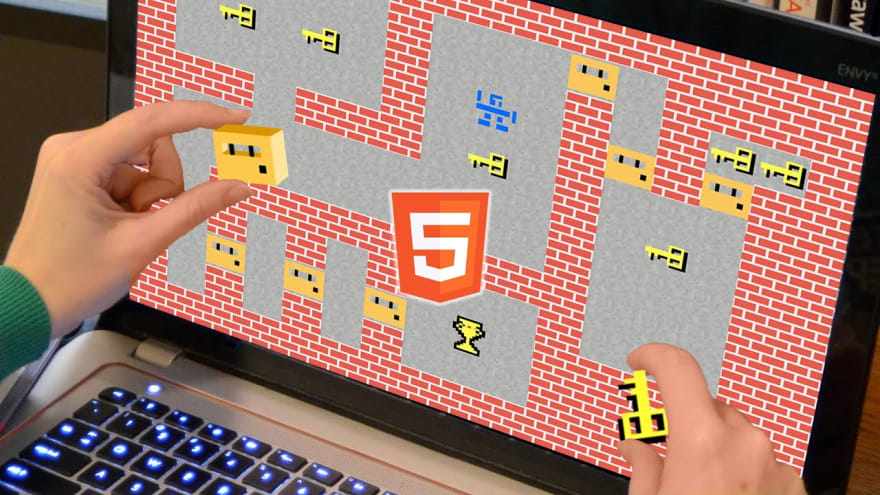 Hey there devs! This is my first blog about HTML Canvas Game Dev 🎮.
There are a lot of other tools and libraries available for game dev which are easier to use, but canvas remains my favorite as it takes us to the root of how to code game physics. It is also a great way for beginners to get a good grip on Javascript (speaking from experience).
Thanks to my friend Ronik Gandhi for introducing me with canvas.

At the end of this series you will be able to build a basic 2D game on your own.

In this series I will walk you through the steps to build a classic Space Invader👾 game which I named SPACE-X.
It will look like this.

Do star ⭐ my repo if you liked the game.

Get these folders and files ready. As of now we won't be using any assets, we will instead use javascript functions to create shapes.

This game without any images can be played here.

This index.html file consists of a canvas tag which is present inside the body tag.
There will be no more changes to this. Rest of the coding will be done in the code.js file.
The code.js file is linked after the closing body tag.

Now we are all set to begin coding the game!

Clone/Download this repository before beginning for all the source code.

In this phase we will be working with particles and particle physics.
It is important to keep this in mind that the coordinate system of the canvas is laid down such that the origin is at top left corner of the screen : 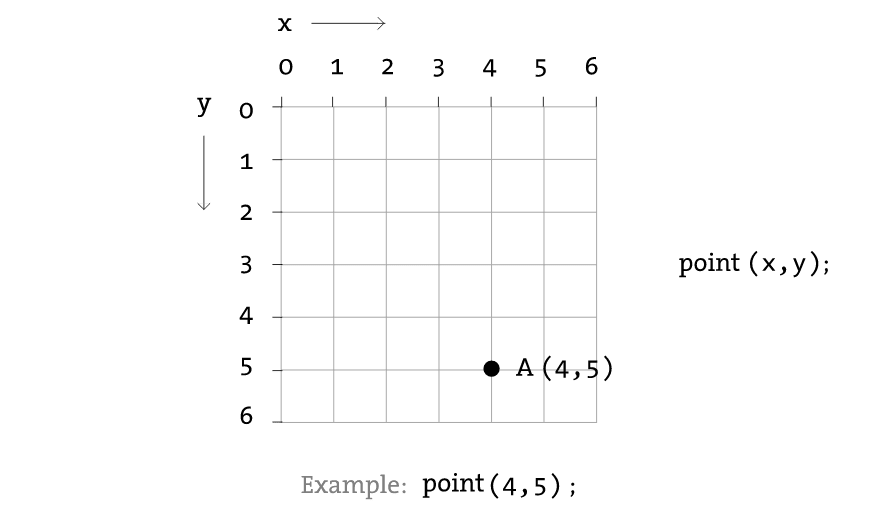 Before getting your hands dirty, these are some important methods you should be familiar with to draw on a canvas:

NOTE : It is better to use beginPath() and closePath() separately for each connected figure. 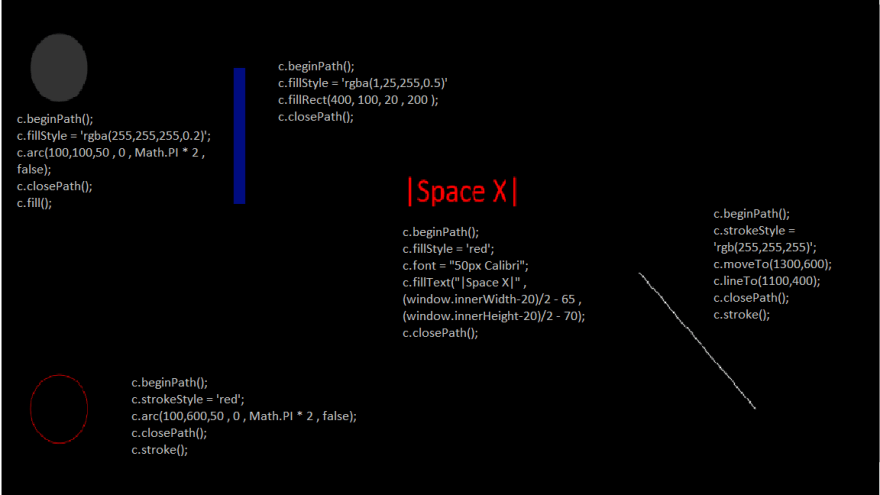 Try playing around with the code a little to get a better understanding of the working.
Also it takes time to get used to the syntax of these functions, so hands-on practice is the only solution.

Now let us try to code a particle in canvas.
Consider a particle object in a two dimensional plane. It will have properties:

It is considered that the particle is a circle.
This is how we can represent the same in javascript :

The above code defines an object type which is like a datatype , specifically it is a user-defined datatype. That means, now we can create variables of this type.
Lets create one named "atom".

This line creates a particle which can be referred with the variable "atom". It has the coordinates (100,100) and its radius is 50, but we still cannot see it on the canvas.

Note : All quantities are to be considered in 'pixels'.

Let us bring it to life by drawing it.

It is now drawn on the canvas. But now what if you want to set it in motion let us say to the right ?
You need a continuous loop in which:

Similarly if you introduce a variable yspeed, which updates the y coordinate of atom, it will lead to a uniform straight line motion in the 2d plane.

This deserves a separate section as it is very important to understand the working of the random function and how to control it. This function will be used very often in games for example:

x gets assigned a random float value between 0 and 1 .

Note: value is inclusive of 0 but not 1.

Few outputs of the random function:

This still gives a float value. For integer values:

Math.ceil() function rounds a number up to the next largest whole number or integer.
There is another function called Math.floor() which returns the largest integer less than or equal to a given number.

If you aren't able to figure out how, try finding individual outputs of all the functions in the code one at a time.

This is all for this blog, in the next blog we shall see:

JavaScript Tutorial: Removing A Specific Element From An Array