There are many third-party Python libraries that are used by developers to achieve tasks and improve functionality of their software. Third-party libraries are simply code written by someone else rather than you and has probably been published to address a given problem and while developing you may require to leverage the functionality of that library. Also, these libraries are not part of the Python's Standard Library. Therefore, anyone who writes more than just a few lines of code or single script will more often than not find themselves making use of one or more of these libraries. 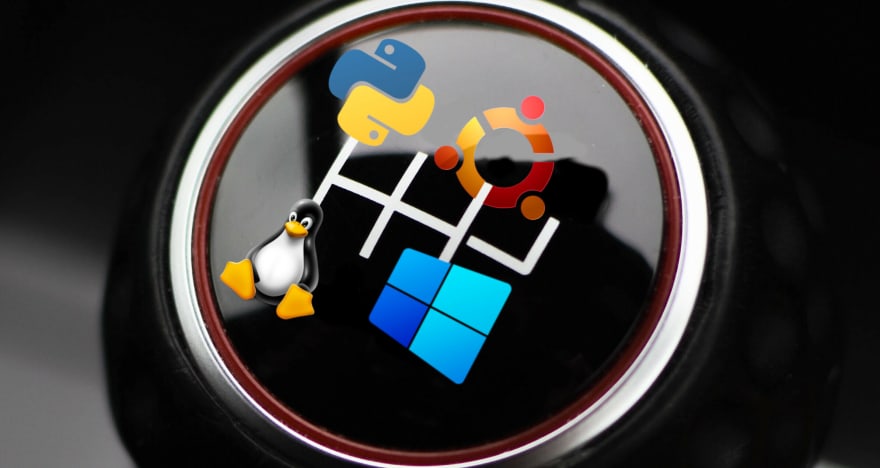 The official documentation recommends that virtualenvwrapper be installed in the same global-site packages as the virtualenv.
Log into your Linux machine and on the terminal install Virtualenvrapper using pip.

To confirm successful installation, one can use the whereis command to search the location of the virtualenvwrapper executable shell script that is usually installed with the library.

which should print out the location of virtualenvwrapper as shown below.

For the local user installation with the additional --user command, the output will appear as shown below.

To execute/run virtualenvwrapper, run the shell script that has been shown in the search.

and depending on your installation the following error message may appear.

which simply complains that it cannot get the value for the VIRTUALENVWRAPPER_PYTHON variable and therefore as a quick fix, we have to set this in the terminal.
Check Python path using:

which creates the virtual environment management command scripts as shown below. Note that your path may be different.

The virtualenvwrapper has successfully been set up for use.

There is a different library for virtualenvwrapper called virtualenvwrapper-win. Assuming that you already have installed Python in Windows, proceed with opening the Windows terminal or command prompt and install the package using pip.

After installing, one can confirm installation using the pip list command which in this case shows the library/package and its dependencies that have been installed. 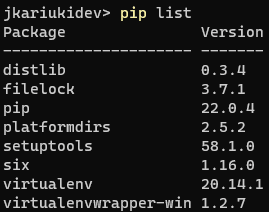 The virtualenvwrapper-win package has been successfully installed.

After installing virtualenvwrapper successfully via pip, if you try executing any of the commands directly from the CommandPrompt or Powershell you will get an error.

To enable virtualenvwrapper to work on startup, a number a environment variables should be added either to the .bashrc or .profile scripts in the home directory of the user. This is because when system is started or rebooted, the OS begins with these.

After appending, run the script otherwise you may have to re-log in or reboot to pick up the new variables which can be quite a hassle on time.

And any of the virtualenvwrapper commands can now be executed in the terminal. An illustration is shown below.

Note the brackets on the terminal prompt which indicates that we are in an active Python virtual environment. Now one can proceed with installing packages and developing their software or app.

After installing virtualenvwrapper-win successfully via pip, if you try executing any of the commands directly from the CommandPrompt or Powershell you will get an error.

Therefore, we should add the Python package scripts folder onto the Windows environment variables of the current user. The path to the scripts is usually located at C:\Users\<USERNAME>\AppData\Roaming\Python\Python310\Scripts in the case of Python 3.10. Use the following command to add the location to PATH. Remember to replace 'jkariukidev' below with your user.

Restart Command Prompt or PowerShell and try to create a new virtual environment using mkvirtualenv command as illustrated below. 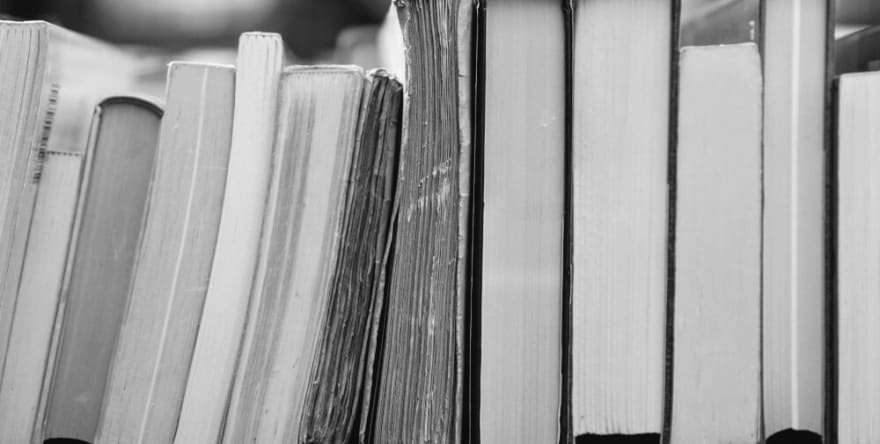 Once suspended, jkariukidev will not be able to comment or publish posts until their suspension is removed.

Once unsuspended, jkariukidev will be able to comment and publish posts again.

Once unpublished, all posts by jkariukidev will become hidden and only accessible to themselves.

If jkariukidev is not suspended, they can still re-publish their posts from their dashboard.

Once unpublished, this post will become invisible to the public and only accessible to Joseph Kariuki.

Thanks for keeping DEV Community safe. Here is what you can do to flag jkariukidev:

Unflagging jkariukidev will restore default visibility to their posts.