I just want to share with you really cool feature off PHP 8.0

The use-case of this feature is when you want to use a function who has a lot of optional argument like this one:

If you need to use this function with the default parameters, except the last one, you used to do something like:

That's long. Too long. But don't panic. With php8.0 You don't have to repeat all arguments anymore. You could just pass the required parameters, and the optional you want by naming them. That would look like this:

This time, we'll talk about objects. If you want to access to the methods of an object, you should check if the object is initialized. To do that,you would probably do something like:

But now you could just write :

That's particularly useful if you need to access a value by chaining methods. For example, in an MVC, if you want to access an attribute of the returned value of a fetch method of your model in your controller, you could write:

If you write a class in PHP, you have to define your attributes and give them a security level. Formerly, that was done outside the __constructor. That means you can't assign value based on the __constructor's argument at the same time you defined that attributes.

Since PHP 8.0, you can define your attributes directly in the constructor:

Have a good day
Kisses 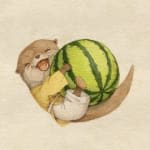 Once suspended, jeremymonatte will not be able to comment or publish posts until their suspension is removed.

Once unsuspended, jeremymonatte will be able to comment and publish posts again.

Once unpublished, all posts by jeremymonatte will become hidden and only accessible to themselves.

If jeremymonatte is not suspended, they can still re-publish their posts from their dashboard.

Once unpublished, this post will become invisible to the public and only accessible to Mbenga.

Thanks for keeping DEV Community 👩‍💻👨‍💻 safe. Here is what you can do to flag jeremymonatte:

Unflagging jeremymonatte will restore default visibility to their posts.