For the game, Rock Paper Scissors, the rules are:

If the user and computer pick the same option then it would result in a tie.

If the user and computer get a tie for each of the 5 rounds then no one wins and they can play again.

Starting with computerPlay(), the function will randomly return Rock, Paper, or Scissors. To do this, I Googled to see if there was a random function in JavaScript to use. I found Math.random() which will return at number between 0 (inclusive) to 1 (exclusive). Math.floor() and arithmetic can be used to change the numbers returned.

I could have Rock, Paper, and Scissors represent a certain number so I can use the Math.random() function, but have computerPlay() return Rock, Paper, or Scissors. I will try this implementation for now and test it.

I decided to try using the ternary operator since the conditional statements were simple. I went with generating a random number between 0 - 2 inclusive with 0 = Rock, 1 = Paper, 2 (or else) = Scissors. I also decided to use the variable declaration let instead of const since the values would be changing. I logged the results in the console to check and it worked as expected.

Next, I started to write a function that will play a single round of Rock Paper Scissors taking two parameters, playerSelection and computerSelection, and return a winner or loser.

As I was implementing game, I realized my gameRound() function wouldn't work and changed it to return who won for the game instead of a statement to log. 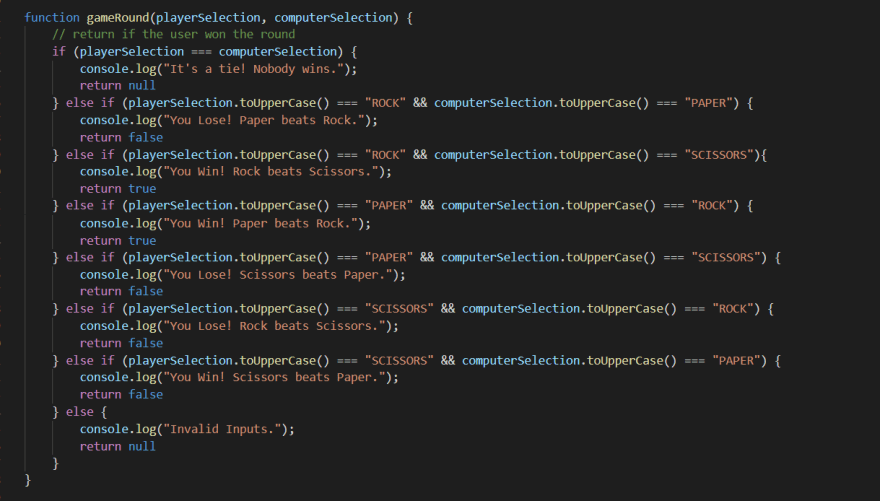 For the game() function, I added the variables, playerWins and computerWins, to track the result of gameRound() for every iteration of the loop. If the result was a tie then the score or wins are not updated. I also included an array of the correct game inputs and a while loop to re-prompt the user if their input isn't valid. At the end of the five rounds, the player and computer wins are compared to return a winner or loser. 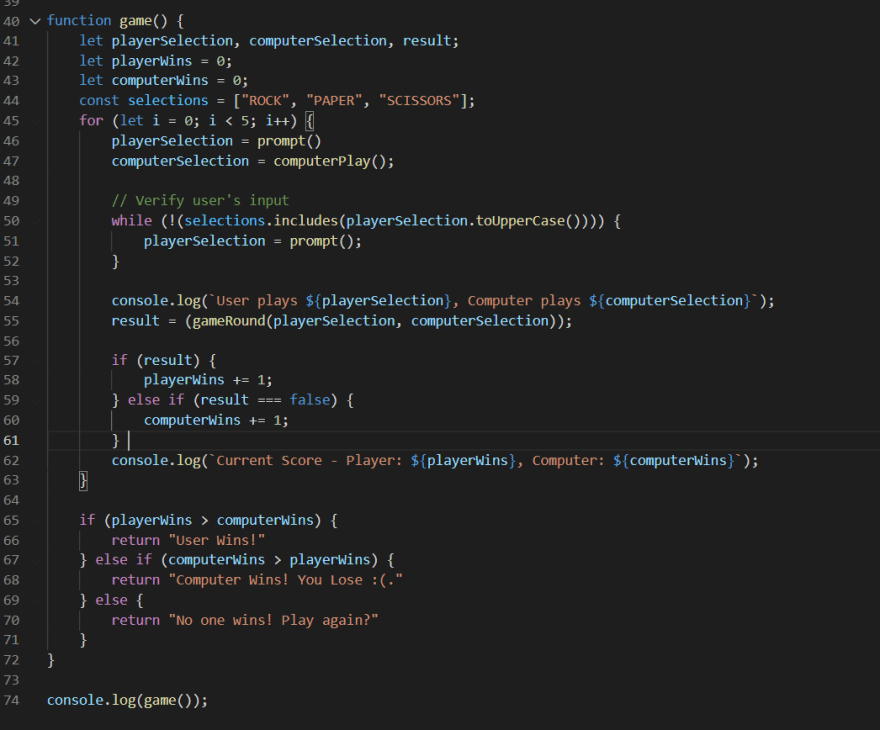 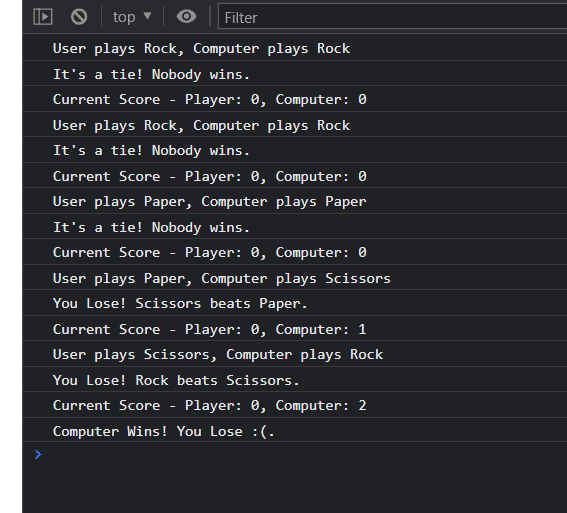