My glimpse on how I approach the idea of programming.
I've also included the core concepts that one must know when you're starting to dive into coding.

To start with, I want to say that you made the right choice opening this post. You might be someone who's been dabbling with code since you were little or you could be someone who wandered around some interesting links in Google and you find yourself craving for more nuggets about programming.

Either way, you still have that one thought, or rather a question, in your mind:

Well, let's clearly answer that question once and for all.

Programming is relatively easy.
Say it with me.

Yes. For the most part, it's actually just putting up keywords into perfect one-liners and then moving on to the next line, pretty much like when you're trying to form a sentence. But is it really just that?

Going back to example, when you form a sentence in the English language, there are a certain set of rules of vocabulary that you'll have to follow such as what tenses to use, from whose point of view is the statement, and what punctuation marks should you use in closing the sentence.

Similarly, that's pretty much how programming works.
But of course, there are other core concepts you need to learn when it comes to creating your own code.

When you are first learning a new language, such as Nihonggo (japanese) let's say, you have this initial expression when you first come across a Kanji writing: 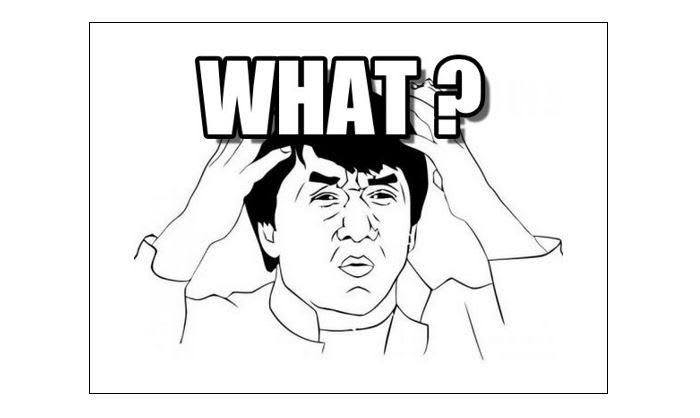 Looks complicated, must be complicated.
But it's not really not that difficult once you take the first steps of learning the basics of it. Everything will always be confusing and frustrating when you're doing something new for the first time but once you've broken down the individual sections of how that language works, it'll be easy peasy.

What comes before
Regardless of what language you're trying to learn, they're almost always the same when it comes to their conception. Programming languages are created to solve problems or inefficiencies of the languages before them.

With that being said, these new languages are most likely developed based on the languages that preceeded them. This means that it could follow some techniques, and they could borrow these sets of rules from their predecessor languages.

So I guess you could say all languages operate in the same way.

As I've mentioned, all programming languages operates in the same way, which means that they share the same core concepts. They are just written in a different way.

Now we can honestly say that you have a good grasp of how easy programming really is. Too many people focus on what programming language to learn first, which is fine, but in reality, what we ought to learn first is the core concepts that's common in all of them.

If you'd like to learn more on what are some pre-requisites that you can explore, you can check out Evan Kimbrell's course in Udemy, Pre-Programming: Everything you need to know before you code

You could always go straight to the language of your choice, but I suggest you check the course out, especially if you're someone that's non-technical and you've grown an interest in programming.

And oh, if ever you're someone who's as curious in learning new things in tech, I'll be glad to connect with you in Twitter!

Update OpenSSL to 3.0 on CentOS7