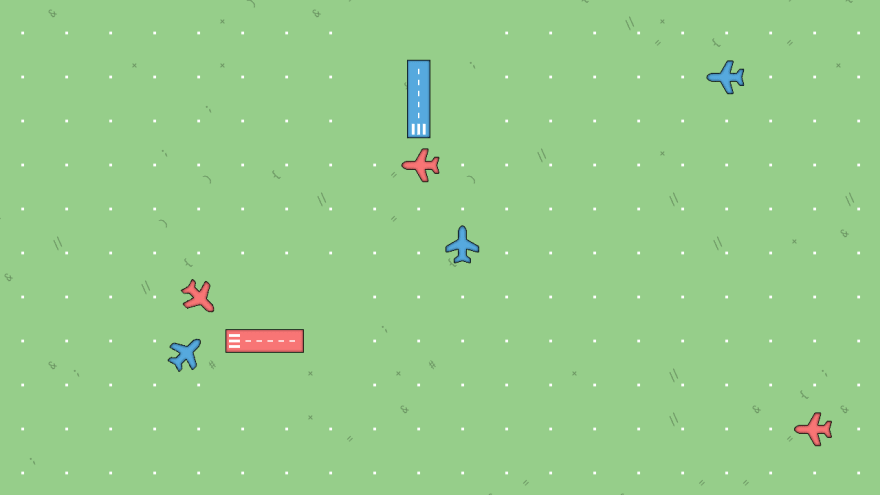 The previous version of the game, 0.1.0, was also its first release. This version was never released to the public, and only used internally for testing. It featured the first playable prototype of the game, but it was still missing many important features. 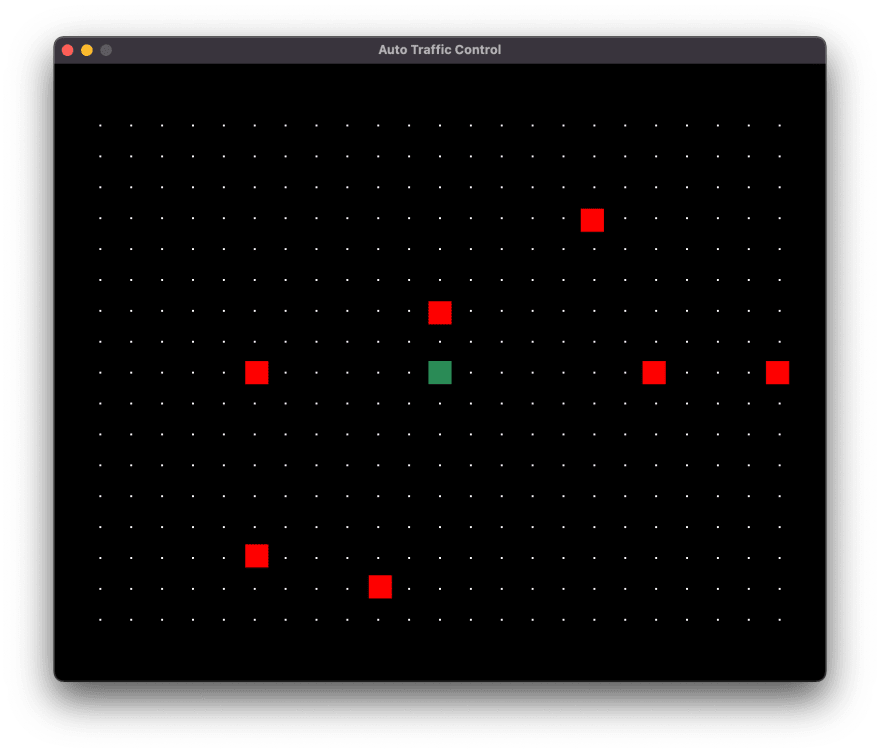 The most obvious change between version 0.1.0 and 0.2.0 are the graphics. The second release features simple sprites for the background, the airport, and the airplanes.

The game also introduced two different colors for airplanes and airports. Players have to route airplanes to the airport that matches their color to score a point. This made it easier to have more airplanes on the map, while avoiding congestion issues around the airport. And more airplanes make the game more dynamic and lively, which I believe will lead to more fun playing the game. 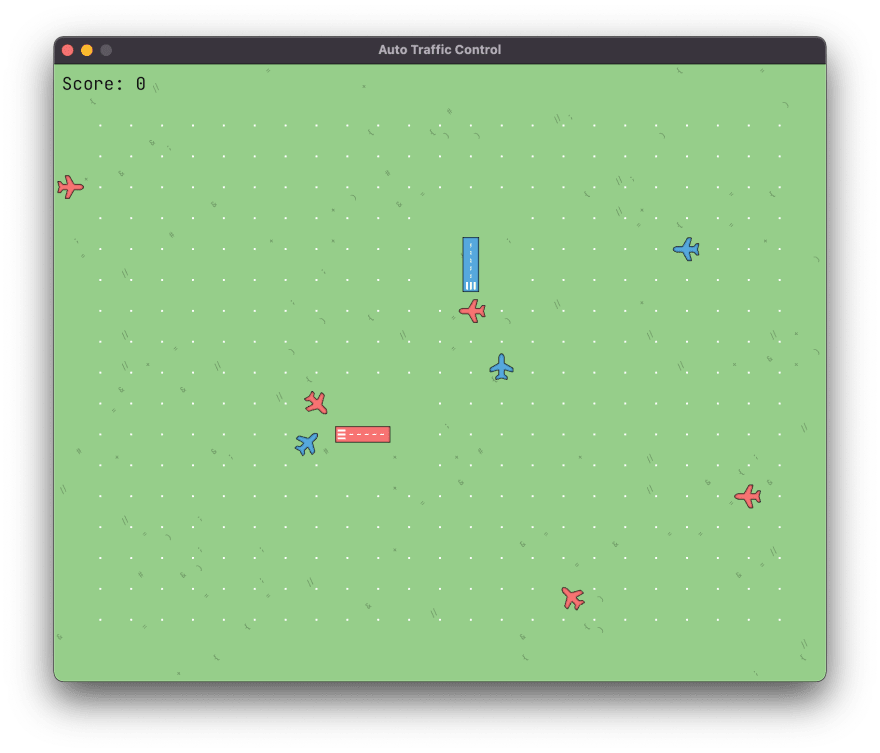 The introduction of two airports in different colors also required changes to the API. The map API in particular was extended significantly to allow players to query the map with the different airports and the routing grid.

Lastly, the release of the game is accompanied by a new website for the game. The website contains documentation on installing the game, its rules, and on its API with the different message types and services. A Quickstart guide is designed to help getting started with the game, although it is admittedly still very rough around the edges.

Check out the full release notes for a comprehensive list of changes in this release: https://github.com/jdno/auto-traffic-control/releases/tag/v0.2.0

The focus for the next release of the game is the addition of a Node.js client library. This will make it easy to play the game in either JavaScript or TypeScript, or any other language with support for npm packages.

I also plan to improve the documentation with a tutorial for TypeScript. The tutorial will walk through the first steps in playing the game, from installation to first playthrough. This is a great test for the game's npm package, and it will make it easier for new players to get started.

After that the plans are a bit fuzzy. There are a few game mechanics that I'd like to implement, for example priority airplanes that have a fixed flight plan and that cannot be controlled by the player. I'd also like to experiment with different map features, e.g. cities over which airplanes are not allowed to fly. And the game needs a better UI, but how to build that is still a very big question mark. We'll see what to do after 0.3.0 is released...

If you're interesting in my game Auto Traffic Control or programming games in general, make sure to follow along. I am not sure where the road will take us, but I am very excited for the journey!

I also stream some if not all of the development of this game on Twitch, so follow me there as well.

Why Using GitHub Pages is a Great Idea