Sometimes, esolangs can just be amazing. In this article, I will showcase 5 esolangs that I think are stupendous. NONE OF THESE ARE MINE

Those of you who have seen my article A beginner's guide to the thulium esolang will know about this language as well. It is the language that inspired me to create thulium.

A scripting language that f*cks with you

Jellyscript is an esoteric programming language that will screw with your life since it only has 10 commands and can barely even do anything. Jellyscript runs on your browser using HTML and the embeddable Jellyscript's interpreter written in Javascript.

You can install Jellyscript with:

Add this to your .html file:

Jellyscript use an array with 100000 cells, every cells starts with the value of 0. Your codes will interact with each cells to work.

Ok so this is going to be a theme but nguyenphuminh created 3 of these languages. VNC is basically Vietnamese batchfile.

A programming language for Vietnamese 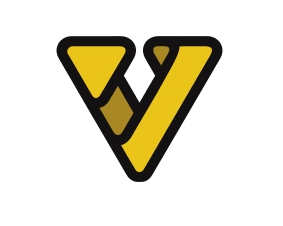 A programming language for Vietnamese

VNC is a scripting/programming language created for Vietnamese with syntax which specifies Vietnamese. This language was built based on the source code of another language which I also made called "FreakC"

In the "VNC" folder, open cmd and type this command to compile and run the code:

If you want to compile the code only, type:

If you want to compile the code and show the compiled code, type:

To show the current version of the devkit, type:

To create a new VNC project quickly, you can type:

I cannot talk about esoteric programming languages without mentioning the most well-known. It doesn't have an official github page yet but it is worth putting here.

Long is a language based on ASCII and perfect for minimalists.

You can find more about the language is this blog

The documentation is under contruction

The long programming language is licensed under the MIT license . You can read it here

FreakC is by far one of the best custom-made esolangs I know of. It is useful in many ways and is one of the few languages that can self-recreate.

A programming language for drunk coders

FreakC is a transpiled esoteric scripting language that... has nothing to do with the C programming language. This language's syntax is dirty and funny (or even offensive), but technically, it functions just like a normal language and is able to create usable programs. It is very similar to Batch, and it is also transpiled to Batch Proceed to Discord...

If you are drunk or freaking crazy, FreakC is like Gordon Ramsay's Beef Wellington to homeless people. (Yes)

What is in the devkit ?

In the "FreakC" folder, open cmd and type this command to compile and run the code:

If you want to compile the code only, type:

If you want to compile the code and show the compiled code, type:

GitHub Copilot made GF in PyGame

Deploy model with FastAPI and Heroku