Earlier this month GitHub Actions support for CI/CD was announced. After that I have been thinking that this is something I need to learn more. So I decided to check how easy it would be to add Azure PowerShell support (which I can then use for my ARM template deployments). There was already az cli action available:

GitHub Actions for deploying to Azure

GitHub Actions gives you the flexibility to build an automated software development lifecycle workflow. With GitHub Actions for Azure you can create workflows that you can set up in your repository to build, test, package, release and deploy to Azure.

Usage information for individual actions can be found in their respective repositories.

But I wanted to replicate similar setup that I've used in Azure DevOps for many years. Therefore I decided to try to create my own action (and at the same time of course learn how these actions work).

I created GitHub repository for my actions:

I looked the az cli repository so that I would better understand the implementation details of their action. I decided to reuse their login instructions so that you can easily jump between az cli and Azure PowerShell. After learning the setup from az cli repository I decided to use a bit simpler setup. It means that I didn't use the components that are provided in the GitHub Action Toolkit but instead I just implemented simple 45 line solution that consist only 3 files. But clearly toolkit repository is the place to go when you're doing some serious development for your actions.

When I had my Azure PowerShell action ready I then created repository for demo application:

It has my favorite setup from Azure infrastructure point of view: 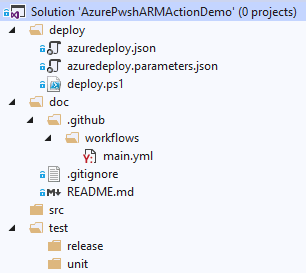 That of course means deploy folder and deploy.ps1 and azuredeploy*.json files. This demo doesn't (yet?) have any application code in it but for example there are already actions to manage web apps so it would be easy thing to add:

With the Azure App Service Actions for GitHub, you can automate your workflow to deploy Azure Web Apps and Azure Web Apps for Containers using GitHub Actions.

Those files under deploy folder are exactly the same kind of ones I have been talking and presenting last years. Next step is to create new workflow that uses my previously created Azure PowerShell action. Here's example worklow:

Important part is jannemattila/actions/azurepowershell@master which means that I now reuse the action in my other repository in this workflow. So now it's suddenly super easy to user Azure PowerShell in your actions. That's the last step in my above workflow.

Remember that you need to have the Azure credentials correctly set before the workflow can even work: 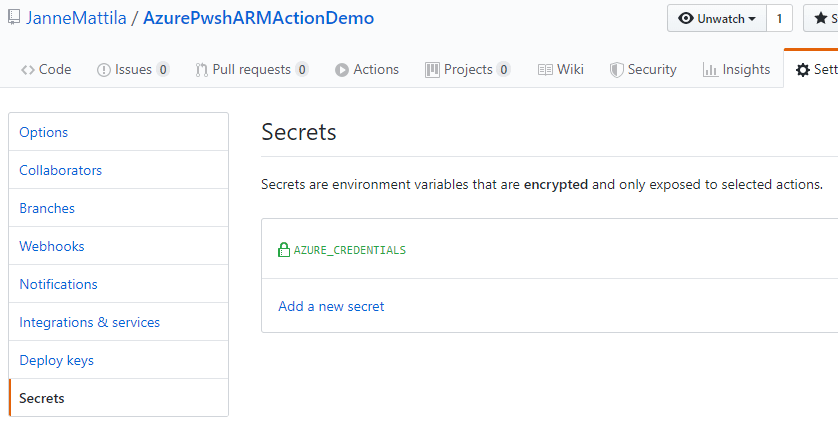 Above workflow starts automatically based on event: on: [push] (in workflow definition). I can also view my worklow executions under Actions: 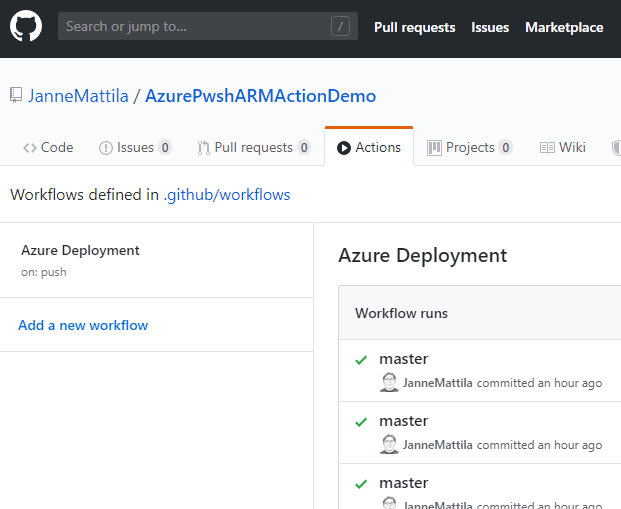 You can further drill-down to the details of each run: 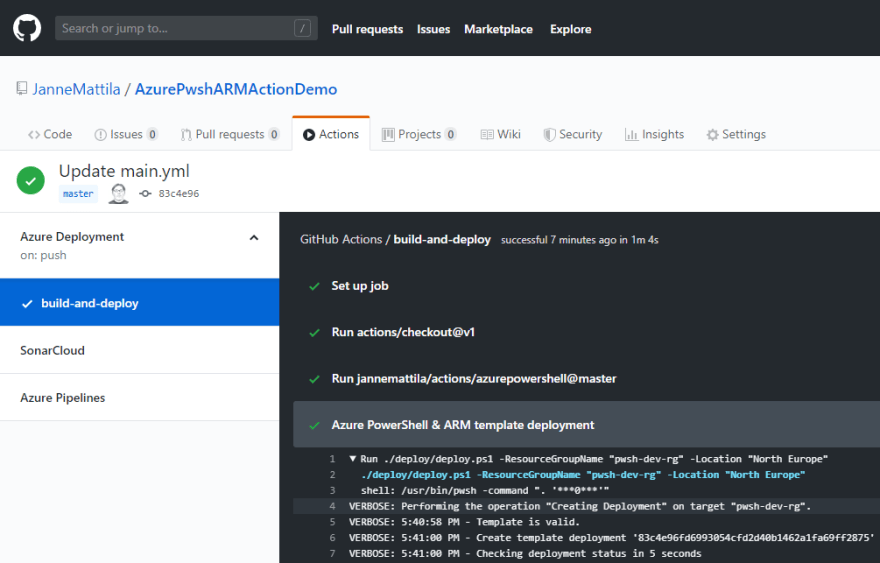 That weird looking deployment name is coming from GITHUB_SHA environment variable which maps to the commit SHA in that repository. It means that you can fully backtrack to the actual change and investigate what has happened in detail: 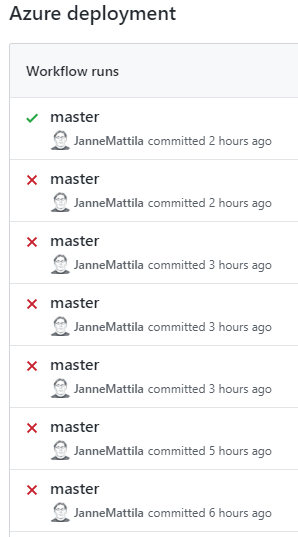 How to install CUDA and cuDNN on an ubuntu 16.04 machine

Why you should learn Git 📌