Performance optimalization is an area of software development that you will most probably meet at some point of your professional career as it is not related to any frontend or backend frameworks strictly. In this tutorial I won't be talking about how you can improve the performance of your Vue.js or Nuxt.js applications (it is explained very well in the tutorial series by our man Filip Rakowski, CTO of Vue Storefront, in which he provides many tips and tricks on how you could improve performance of your website:
https://vueschool.io/articles/series/vue-js-performance/).

You can also checkout the article I have recently written about improving performance of Vue.js and Nuxt.js applications in a form of a useful checklist: https://dev.to/baroshem/performance-checklist-for-vue-and-nuxt-cog

These recommendations will increase the performance of your application but to make sure that these any other future site features will improve the performance you have to constantly measure it.

You can do it the old fashioned way by running Lighthouse in your browser each time you want to make a change to your website but this will require time and also the results of such tests may differ drastically from one another (as developers may be using different devices to run the audit on). The better approach here would be to implement some kind of Continuous Integration script that would conduct these Lighthouse audits for us. Thankfully, there are already tools available that you can use to achieve that.

For this tutorial I will be using Nuxt.js, Lighthouse CI, and Github Actions but you can adjust it to your code repository workflows. In this tutorial I won't be covering the topic of assertions and budgets, but I will create separate articles soon (Oops, spoilers). If you are interested into Lighthouse configuration you can visit this page -> https://github.com/GoogleChrome/lighthouse/blob/master/docs/configuration.md

We will create a simple Nuxt.js project with below command:

For the sake of this tutorial we will generate a basic Nuxt.js project with just a homepage.

Navigate to your project, run it, and check if everything is working as expected: 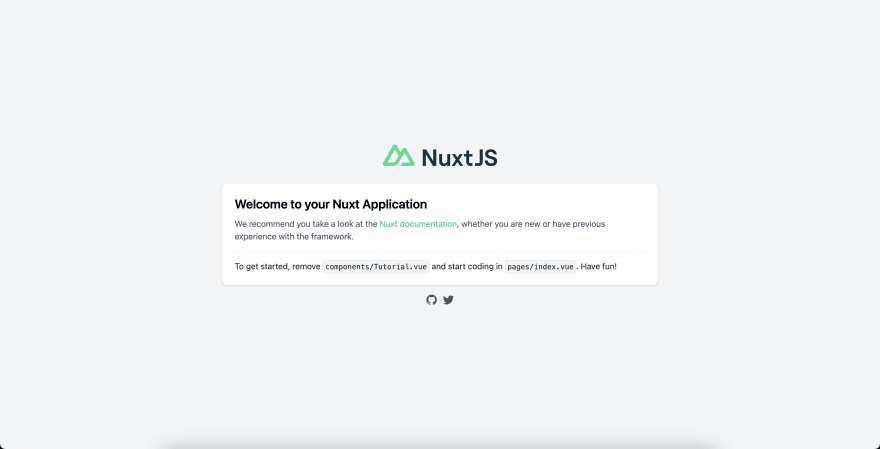 You will need to install and authorise the Lighthouse CI application for Github. Make sure to copy the generated LHCI_GITHUB_APP_TOKEN as we will need it later.
https://github.com/apps/lighthouse-ci 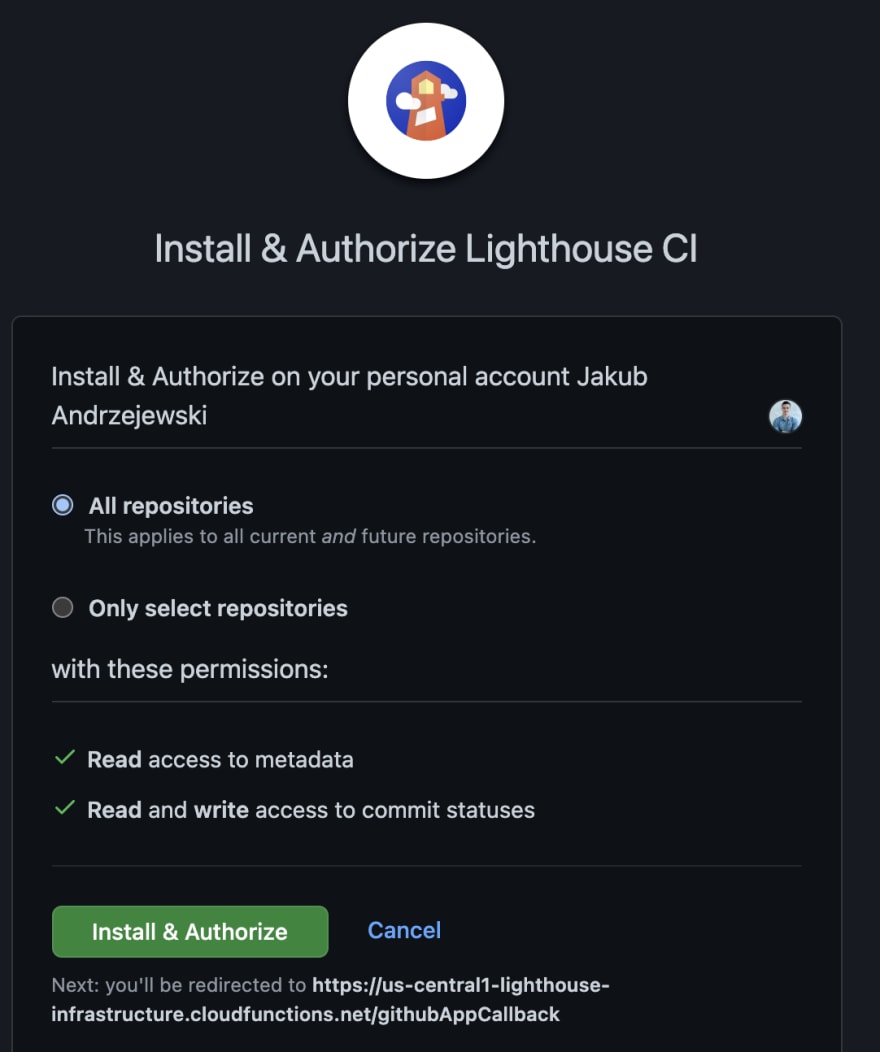 After authorisation you should see a page like this:

Add Lighthouse CI commands to your package.json (for CI and local testing)

Let's stop for a second here to explain how we are configuring the lighthouse to conduct audits.

Test if the Lighthouse audit is working as expected

And when we visit the link that was created by Lighthouse in the terminal we should see something like this: 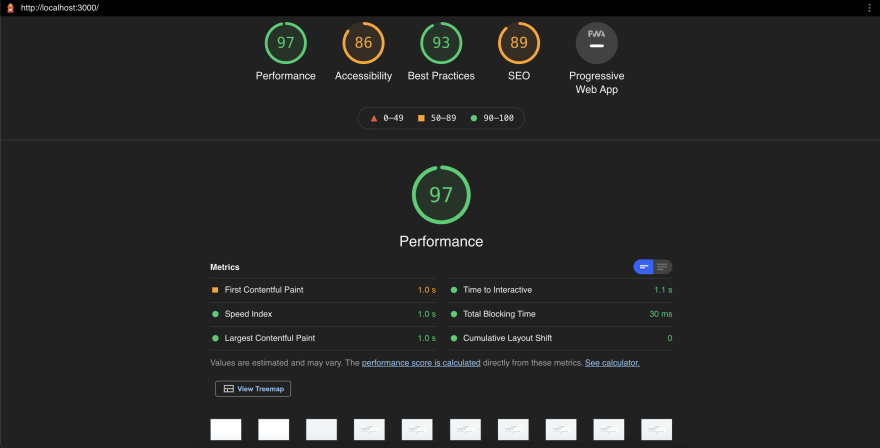 Well done! Now you have successfully conducted Lighthouse audit locally. As our final step, we will create a Github workflow to run Lighthouse CI on every pull request to main branch.

Now, whenever we create a pull request to main branch with this workflow implemented we will automatically trigger a Github Action that will be conducting Lighthouse audits.

When we add a token in repository settings it should be visible like this:

** Keep in mind that the status report from Lighthouse application for Github will provide only one status report even though we have done two tests (for desktop and mobile devices) so you would have to check the second report manually. If you have found a way to display multiple status reports please let me know in the comments and I will update the article accordingly :)

You have successfully implemented Lighthouse CI auditing that can be triggered both locally and as a Github Action.

This approach would suit most of the cases however to achieve more accurate performance audits you should be conducting Lighthouse tests on a dedicated server to avoid results being affected by the machine capabilities. In other words, if you are running Lighthouse audits on a repository where there are several pull requests/workflows/pushes going on, the result of this audit may not be accurate and this is what we want to avoid. For that you would need a separate machine with Lighthouse Server installed on it. So on a pull request you would trigger this machine to conduct a performance audit and return response to your repository.

In the upcoming articles I will be covering the topic of setting a performance budget and performance assertions.

Below you can see a demo repository with the code from this article:
https://github.com/Baroshem/nuxt-lighthouse-ci

Instead of using npm package you could use a Github Action that would esentially do the same thing but wi. The downside to that approach is that you won't be able to test your project locally with lighthouse (unless you are using local github actions package like https://github.com/nektos/act)

Use GitHub Container Registry (GHCR) to host your Helm Charts

Once suspended, jacobandrewsky will not be able to comment or publish posts until their suspension is removed.

Once unsuspended, jacobandrewsky will be able to comment and publish posts again.

Once unpublished, all posts by jacobandrewsky will become hidden and only accessible to themselves.

If jacobandrewsky is not suspended, they can still re-publish their posts from their dashboard.