In this guide I will walk you step by step through the process of setting up Jasmine Testing framework in a Node JS environment. We will introduce Jasmine as a testing Framework, get it installed and configured and write a simple tests to demonstrate the process of Testing with Jasmine.

We will go over all concepts step by step but I will assume that you have the basics of working with JavaScript and Node applications.

Behavior driven development (BDD) is a testing practice that focuses on testing the way the application behaves when end-users interact with it. The idea is to describe how the application should behave in a very simple user/business-focused language.

create a new folder, open it in VS Code and run npm init -y this will initialize a new node project and add the package.json file.

for now your package.json should look something like this 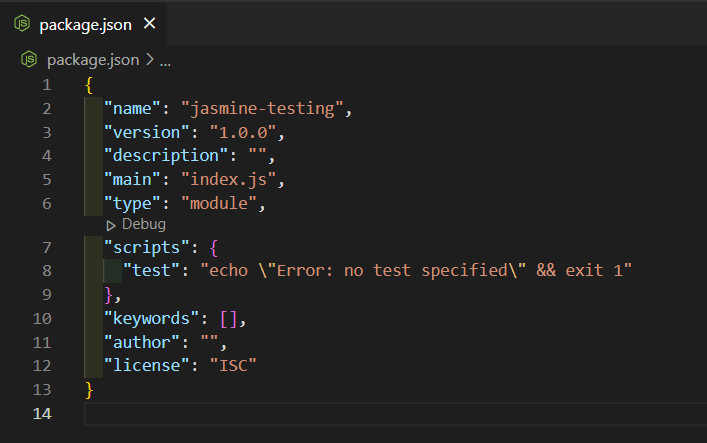 Run the following command to initialize Jasmine in your project

3. Writing your first test
in the spec folder create a file called index.spec.js and add the following code

4. Testing script
In the package.json in the field of scripts add the "test" script and set the value to "jasmine"

Our tests are passing!

That's it, that's how you setup Jasmine testing framework in a Node environment. cheers!

Upgrade your Application to v15 🚀