Static analysis is one of those terms that people toss around that usually scares junior devs, (it certainly scared me) but it's a simple and powerful tool to have under your belt.
In this article I wanted to give a brief overview about its definition, best practices and common pitfalls. In the end I'll provide a solution that's been working for me.

What is it anyway?

Static analysis is a way to find errors and other issues in a source code without actually executing it (hence, static). The process provides an understanding of the code structure and can help ensure that the code adheres to industry standards and capture issues early.

In sum, it's a glorified spellchecker.

This is not a new idea, the first one of these tools is lint which dates back from the late 70's and is the most common kind of static analysis tool. Most languages have a linter nowadays.
The automation provided by these tools is fundamental to improve code quality, as it greatly increase code reviewing speed while also being less prone to human error.

Let machines do what they're best at!

What can it do?

But who needs this anyway?

In short, everyone does. Quoting John Carmack, lead developer of Wolfenstein, Doom, Quake and their sequels:

The first step is fully admitting that the code you write is riddled with errors. That is a bitter pill to swallow for a lot of people, but without it, most suggestions for change will be viewed with irritation or outright hostility. You have to want criticism of your code.

Automation is necessary. It is common to take a sort of smug satisfaction in reports of colossal failures of automatic systems, but for every failure of automation, the failures of humans are legion. Exhortations to "write better code" plans for more code reviews, pair programming, and so on just don't cut it, especially in an environment with dozens of programmers under a lot of time pressure. The value in catching even the small subset of errors that are tractable to static analysis every single time is huge. 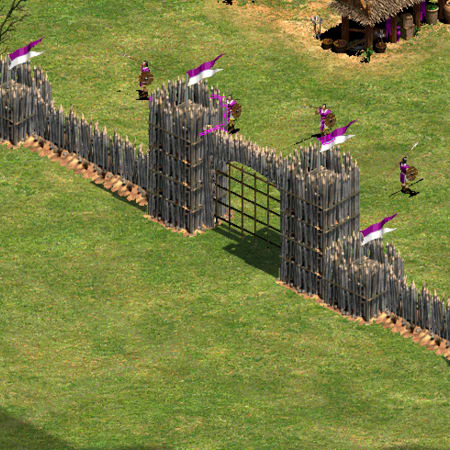 Static code analysis is a common DevOps practice and makes for a great first quality gate, since it provides early feedback for developers making it easier to fix issues.
So, if you've reached this far, I'm hoping that I was able to convince you, but how can we get static analysis added to your project?

So, in the Kotlin community two tools usually come up when talking about static analysis: ktlint and detekt.

ktlint prides itself for taking a no-configuration approach to linting. The idea is that it will always reflect kotlin's official code style so the idea here is to be a cosmetic static analysis tool.
Detekt on the other hand provides many other features like complexity reports, code smell analysis while also being extensively configurable.

Both tools provide many ways to integrate in your project. You can add a plain gradle task, a gradle plugin or install the command line interface. The recommended route is via a gradle plugin.
After integrating these tools in your project you can use tasks like detektCheck and ktlintCheck to run over all your project and report the issues. And that's it, you're done!

Yes, but also no.

The problem with the basic integration is that in real life things tend to be a little different.
If you're adding static analysis to a greenfield project, it's usually fine to run those tasks over the whole project, but if that is not your case, you'll probably want to avoid auto-formatting your whole project or getting 5k+ warnings every time you run one of those tasks. Warnings just turn into noise.
You could use a baseline, which is a configuration that helps incremental adoption on a project, but you're still going to stumble in some issues related to running these over your whole codebase.

If you stop and think about it to be able to get the benefits I've mentioned in the beginning of this post, ideally:

Configuring both tools is really similar, so I'll highlight some points that happen in both scripts. You can get detekt's here.

So, the magic here is to get the files that were changed in our commit

And that's about it! The rest of the code (from both scripts) just handles the report output location.

We just need a way to make this a part of our workflow. This way we won't forget to run these tasks. And yeah, we can use a git-hook like the pre-commit hook to do just that.

If you're not familiar with git-hooks, you can check them here, but if you want to keep reading, just think about them as a piece of code that is going to be called when you do something in git.

The pre-commit hook will run when you try to commit something. It runs before git actually creates the commit, so the idea is to only allow a new commit when our static analysis passes successfully, effectively creating our first quality gate. Woot woot!

That's it! This makes sure that every piece of code you commit has to follow the minimum quality standards that you and your team agreed upon.
This is not yet a final solution as people can bypass those checks by running git commit --no-verify, but it's a solid first step towards a better codebase.

Besides, if you think about it, these scripts can be easily integrated to a CI environment. Wouldn't it be nice if it could send those warnings as inline comments in your pull request? Stay tuned for more =)