MNIST dataset is a set of 70,000 small images of digits handwritten by high school students and employees of the US Census Bureau. Each image is labeled with the digit it represents.

This set has been studied so much that it is often called the "hello world" of Machine Learning.

Now we're going to import dataset. MNIST dataset consists of 28 * 28 sized unique images of handwritten digits 0-9. Now, we are going to unpack the data to training and testing set.

The data seems to vary from 0 to 255 for pixel data. So, we want to scale the data between 0 and 1 and that just make it easier for the network to learn.

It is going to be Sequential type of model. It's a feed forward like the image we drew. The first layer will be the input layer. We want the image to be flat and not in multidimensional array. Now, we are going to have two hidden layers with 128 neurons and relu activation and the output layer will consist of 10 classifications and softmax activation. 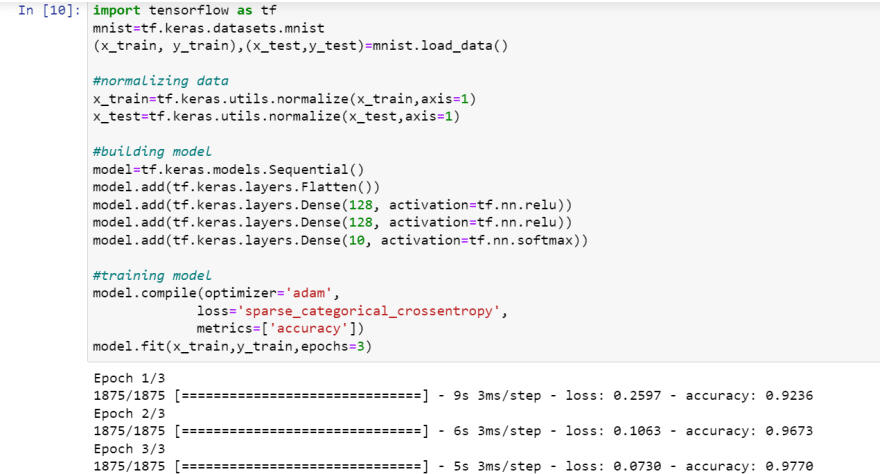 Now we need to "compile" the model. This is where we pass the settings for actually optimizing/training the model we've defined.
Next, we have our loss metric. Loss is a calculation of error. A neural network doesn't actually attempt to maximize accuracy. It attempts to minimize loss. Again, there are many choices, but some form of categorical crossentropy is a good start for a classification task like this. 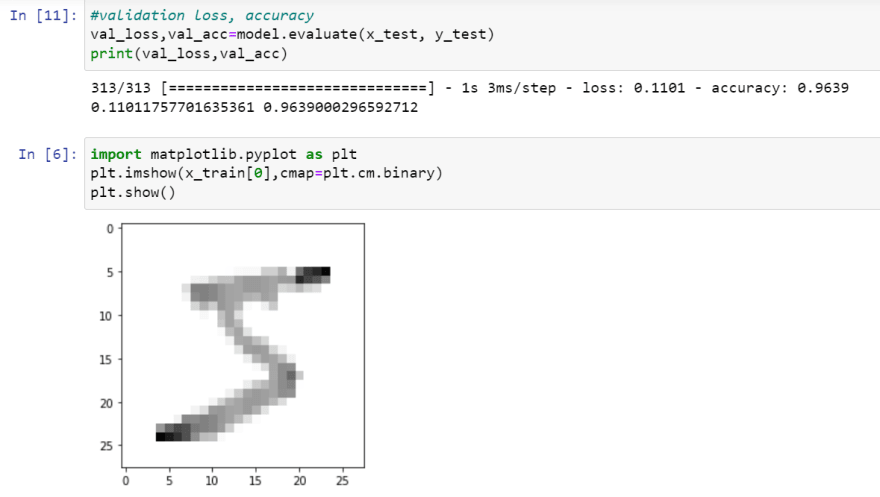 Finally, with your model, you can save it super easily and make predictions. 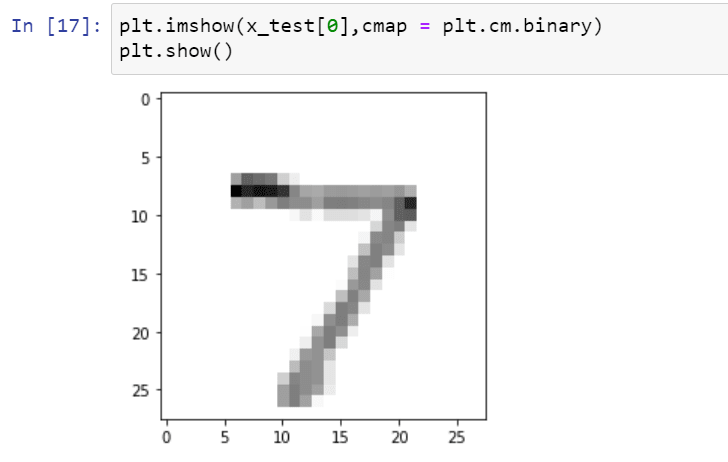 Source code gen in Flutter & Dart: How to create a builder to generate SQL code

Once suspended, ishadagar will not be able to comment or publish posts until their suspension is removed.

Once unsuspended, ishadagar will be able to comment and publish posts again.

Once unpublished, all posts by ishadagar will become hidden and only accessible to themselves.

If ishadagar is not suspended, they can still re-publish their posts from their dashboard.

Once unpublished, this post will become invisible to the public and only accessible to Isha Dagar.

Thanks for keeping DEV Community 👩‍💻👨‍💻 safe. Here is what you can do to flag ishadagar:

Unflagging ishadagar will restore default visibility to their posts.