Just in case you have not heard about Flutter, it is an open-source User Interface (UI) framework created by Google back in May 2017. It allows you to build cross-platform mobile applications using Dart. Thus, allowing you to write the same codebase throughout the development. ⚡️

😁 If by now you are convinced to dabble with Flutter then you should definitely know two of its most important parts:

Flutter makes use of the programming language Dart which is super easy to learn if you are already familiar with languages such as Java, JavaScript (JS) and C#. 🙌🏻

Flutter has been around for quite a long time but it started getting popularity right after Flutter Live on December 4, 2018. It was then when Google announced the first stable release of flutter with loads of new features including support for macOS alpha, add to the app, IOS 13 dark mod, Dart 2.7 and many more.

There are several reasons why you should learn & work with Flutter in 2020. There is a growing list of tech giants that are using Flutter in their development including Google, Alibaba, eBay and so on. 🚀

⚙️ Easy to Learn and Use

It is easier to build a rich and intuitive UI in Flutter since it is a UI development kit that integrates prepackaged widgets for Material Design and Cupertino instead of Android XML. It also has a growing community which always helps you out with you as much as they can. The following are some of the amazing resources I have found & used a lot of time over my run in Flutter.

Every time developers make changes to the app, they have to rebuild the app or third-party dependencies in some cases to see the changes in the emulator or on devices. As a native Android developer, you might have experienced this slow process as Gradle builds can take a lot of time. 😬

🔥 Flutter provides this awesome Hot Reload feature that allows you to see the reflected change after bug fixes, building UI and even adding certain features to the app without running your application over and over again. Isn’t it just amazing?!

Good documentation is very important for any product whatsoever. With that being said, Flutter provides this amazing documentation that teaches you a lot about this framework. Everything there is very detailed & meticulously curated with some awesome examples. It’s always been my first go resource when I get stuck somewhere. 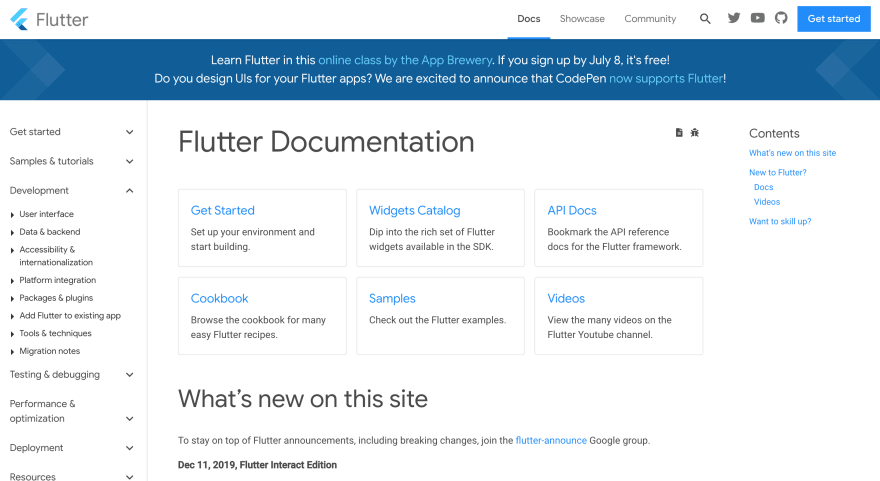 If you liked Flutter and want to try it on your own, the best idea is to start Google Codelabs. After these Codelabs, you’ll make a simple and beautiful Chat message application.
. . .