My journey into web and software development has been the proverbial slow but steady one. It started when in the year 2013, my brother and I discovered that web development could be very lucrative. I made moves to learn it then but almost got duped in Awka capital city of Anambra state, by some University students. Thanks to my voracious reading nature, I figured out from my conversations with them that they don’t know doodle and are scammers.

Life goes on. I moved! 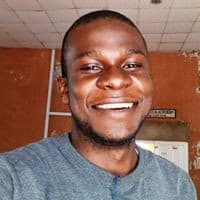 In 2014 while working as an electrical contractor (fancy name Nigerian government gave to licensed electricians), I read about Uber in one of my many newsletters, I can’t remember which one. Then I figured out that an uber for artisans like electricians may sell. Then the zeal to learn software development rose once more, but I no longer had a laptop. I had to postpone it until next year when I will move to a school to pursue my BSc in Physics.

I spent the first year of B.Sc. waiting for my turn to get my laptop from school. We were mandated to pay for a pc on admission which was pretty much in my favor. So, when I got it in 2016, I spent the long vac in school while everyone was gone: for two reasons: one was, proximity to my medics for some treatment I was getting then. The second was the proximity to a fairly stable power supply. The power supply is a big issue in Nigeria and one of the biggest struggles faced by young and aspiring devs.

Then I was entering the second year and I met with Igwe Samuel through a friend and coursemate. Sam was a graduate of Material and Metallurgical Engineering from the previous year and a self-taught web wizard with no laptop at the time, as he couldn’t afford one. Sam taught me HTML and CSS, a little JavaScript, told me about PHP and its place, APACHE, MYSQL, and gave me some tools like Notepad++ and XAMP. He also gave me a lot of books. I mean a lot. Sam was pretty good at what he does. I paid him N5,000($25 then). I was his first student.

He tutored my friend and me for one month. He was supposed to teach more, but my friend, through whom I communicated with Sam, got frustrated with the class as he wasn’t following, so he stopped delivering Sam’s update to me and neither mine to Sam. Oh, Sam didn’t have a phone at the time. I would learn about this about three months later when next I saw Sam in town. He had a new laptop this time.
But I move!

Why didn’t I go for Bootcamp or something more formal, you wonder? There was none in town, and as at then, I honestly wasn’t comfortable with solely learning online, even if I was comfortable with that, my medical bill was gulping a larger part of my income. I almost gave up but I reminded myself that I studied and mastered K. A Stroud’s engineering math all by myself. 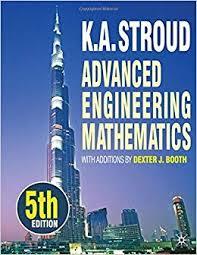 I continued on my own with books and youtube, from where Sam left me. I kept practicing HTML, CSS, and a little JavaScript, but not much as combining that with school, my part-time work and my health wasn’t easy to cope with.

In 2017, I almost collapsed in the University medical center waiting in queue for the secretary to find my medical files. Then I began to give thought to the idea of digital health filing system and using data analytics to extract insight from the data to improve health care delivery and policymaking. I also imagined it to serve as Medical Surveillance and Outbreak Control Tool for the government.

In the upper-year, I concluded that the best way to build MVP is with back end skills. So, during the long vac, I dived deeper into PHP. Unfortunately, I used a material based on procedural PHP. Haha. We built our MVP with it. That was after three months of intensive learning and coding, 10hrs daily. We got accepted into University’s incubation program, which we later left faster than we joined for many reasons I couldn’t squeeze into this post.

At this point, I was already bleeding from fuel cost for power generation. So I subscribed to MTN Lumos Solar pay as you go service.

I would have been more than happy to put that our first project on git today. That will at least show my evolution, however, I lost the project when I was robbed on 15th Feb 2020, while I was returning from inside the campus where I went to access free internet and stable power supply over the nigh. That was around 5 am in the morning. Such are the odds often faced by Nigerian aspiring dev.

In 2019 I defended my B.Sc. project (A One-Dimensional Mathematical Model for All-Solid-State Battery. Fun fact: my interest in hardware is in next-gen energy storage). So free from school, I decided to improve my skills in PHP and grab more skills like C++ or JS or something while I work during the day as an electrical contractor. The later didn’t go well, thanks in part to COVID-19. Then I got fully introduced to OOP with PHP. I also developed a deeper understanding of Database Design, Data structures, and Algorithm.

After five+ months of dedication, 8hrs/day except sundays, I became somewhat proficient and comfortable with a lot of back end technologies and OOP concepts, GIT, and a whole lot of other things. In the last two of those few months, I built a mini framework during the duration of a course on the MVC design pattern. After the projects I am doing right now, I will be dramatically extending the framework.

As you can see, for me, coding is a means to an end, a means to build solutions and do more magical things. Lol. Let me tell you something interesting; my first job interview for a back-end developer position was with a company that provides hospitals with a digital health filing system and other tools as SaaS. The interview went well, except that we had a little problem with the location. Now that is magic.

Along my journey, I have met and consulted with great developers who have provided me with their time, knowledge, and resource. I ask questions, a lot of it. From Sam, who is now a Senior Software engineer in Lagos with masters in IT related field to Chuka, another senior dev in Enugu Nigeria. Also, @bosunski a senior PHP developer from Nigeria plus one more person I am certain that he won’t appreciate being mentioned. I am grateful to all these people.

I am also deeply grateful to cheerful and positive people that made up the dev community worldwide, from Youtube to Twitter, and others all over the internet.