So I've been trying to upload a free sticker pack for iMessage to AppStore for a while now. Why "trying"? because it keeps getting declined for the silliest reasons. It's nothing complex: just a bunch of our company's stickers about dev life. "Stickers for devs, by devs."

The first time Apple has declined the app because of the overall design, the second time it was because I used iMessage in the title. But this time it makes no sense at all. This is the message I got from Apple:

"Your app contains references to test, trial, demo, beta, pre-release or other incomplete content.
Specifically, some of your app’s stickers have “beta” references."

Huh? Check out the pic - one of our dev-related stickers says "still in beta". I guess Apple took that way too literally. Good thing they didn't tell me my app was too buggy because it has a sticker of a bug which says "it's not a bug, it's a feature"...

On second thought, what if AppStore is a modern-day Genie? Maybe I should add a sticker that says "Apple owes me $20 million in stock"? Or just one that says "Apple approves this sticker pack". 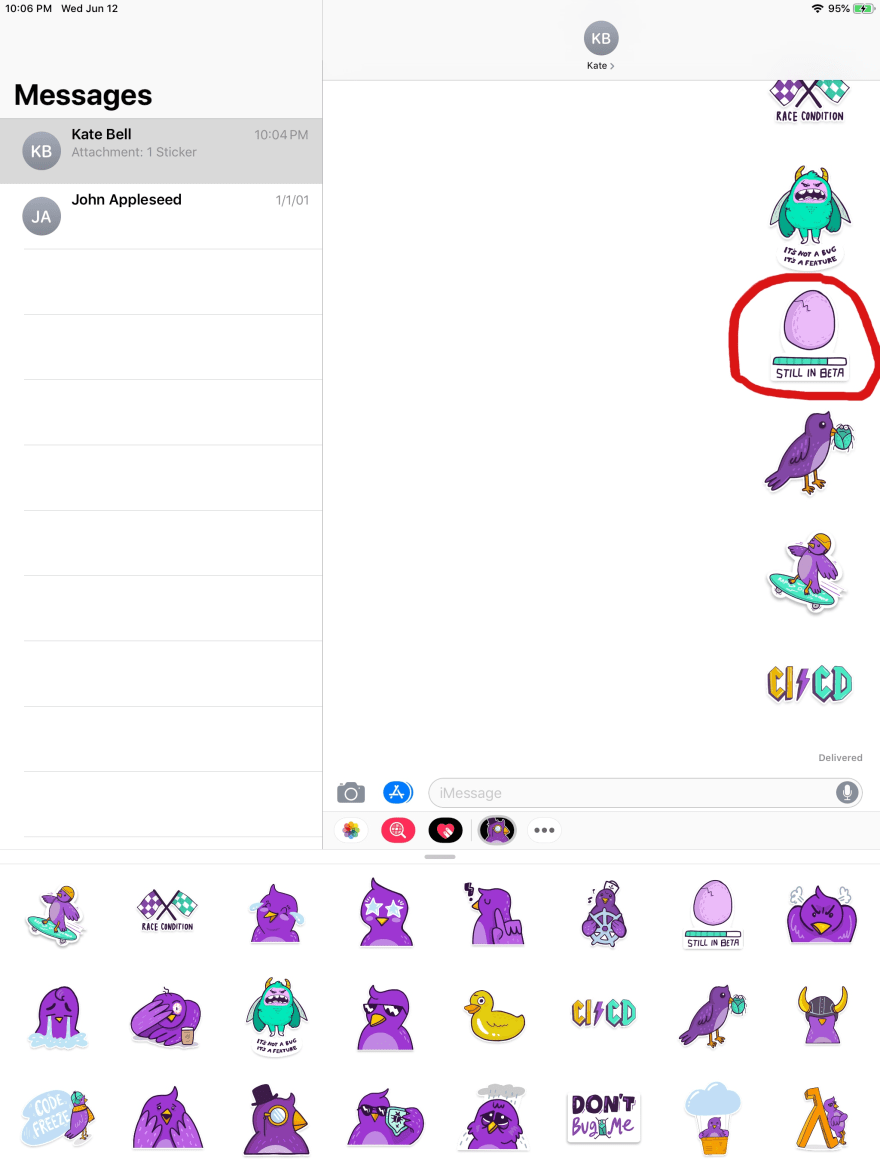 Finding what matters to you

Handling burnouts as a developer!

WAO: How do you measure Developers?

Igor Glizer
Front End Dev. Passionate about product. Hackathon Lover. Dog father of Mad Max.
How many applications did it take for you to find your first dev job?
#watercooler #career #beginners
Do you use Docker?
#watercooler #docker #productivity
You're on FIRE! 🔥...in the WRONG way: a story about burnout 😵
#mentalhealth #motivation #watercooler #discuss