Amazon Web Services(AWS) reports some good metrics on the console by default, like CPU, but some key metrics like memory usage or disk space are missing; these are important to monitor to ensure instance up-time and health.

In this post we'll look at how we can use CloudWatch to monitor these extended metrics, allowing you to build reports, dashboards, and alerts.

✋ For simplicity, let's assume that we are using EC2 with Amazon Linux operating system. For other operating systems, you can use respective commands to achieve the results.

In order to pass metrics data from EC2 to AWS Cloudwatch, we will have to create a user with the following IAM role access:

SSH to your EC2 instance and perform the following steps:

I generally prefer to keep everything in a separate folder for clarity, though not mandatory. As we are using Amazon Linux 2 AMI, steps will look similar to this:

In order to be able to run the AWS scripts, we will have to install some packages. Also, note that the command may change based on your operating system. Check this link for more information.

Now that we have installed all the packages, we need to download the Perl scripts provided by AWS.

The package for the monitoring scripts contains the following files:

As mentioned in the earlier step, amazon provides a template file awscreds.template which can be used to create a conf file to store AWS credentials.

Next, add your AWS Access ID and secret key in this file and save it.

6. Verify if statistics are captured correctly

We will now verify if everything is in place and works smoothly with following command:

Congratulations! 👏 You have successfully configured Cloudwatch metrics on your EC2 instance. Now one last step is to add it to cron so it can send metrics after every 5 mins.

Where to find these metrics on AWS?

In your AWS console, go to Cloudwatch service. 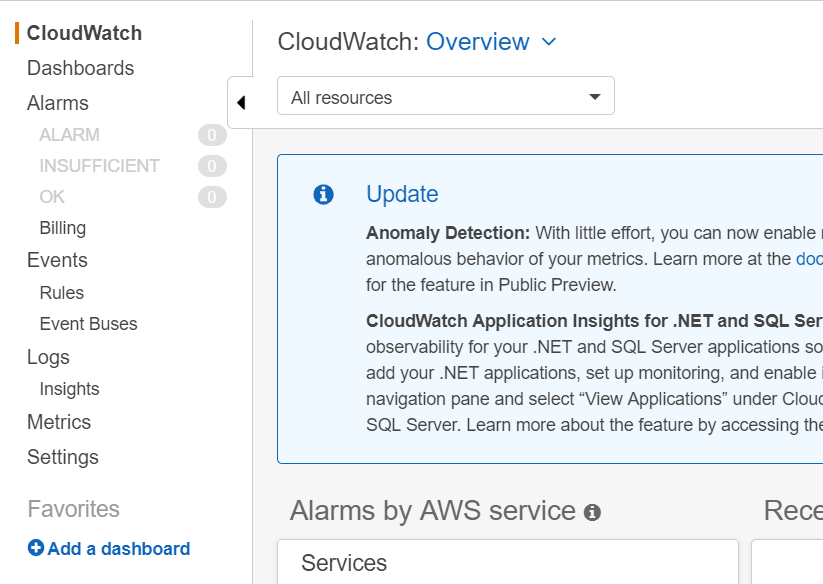 All your metrics are available in Metrics menu. A new Custom Namespaces will be added in your metrics view once Cloudwatch starts receiving metrics from the scripts.

Click on it, and you will get 2 options as depicted in the image below: