A really quick introduction to CMake

We could say that CMake is a framework to build/test/package software. It is not a build system: it is a build system generator. With CMake, we will write how to build our software in a high-level programming language and we will generate a native build system (like Unix Makefiles or Visual Studio Solutions). It's open source and extensively used by different companies and projects.

There is a lot of information on the Internet about what CMake is and its origins. For that reason, it doesn't make sense to cover that on this post. Also, I will not explain anything about the CMake language syntax: it is really easy to follow and you can search on Google or other search engine if you have any questions.

CMake is a really powerful tool but, if you're not using it properly, it can be a nightmare. Remember:

There is a really good book called "Mastering CMake". You should read it if you need to write a complex system. This book is related to the version 3.1 (when this post was written, the latest version is 3.15 but the most of the concepts are still valid). 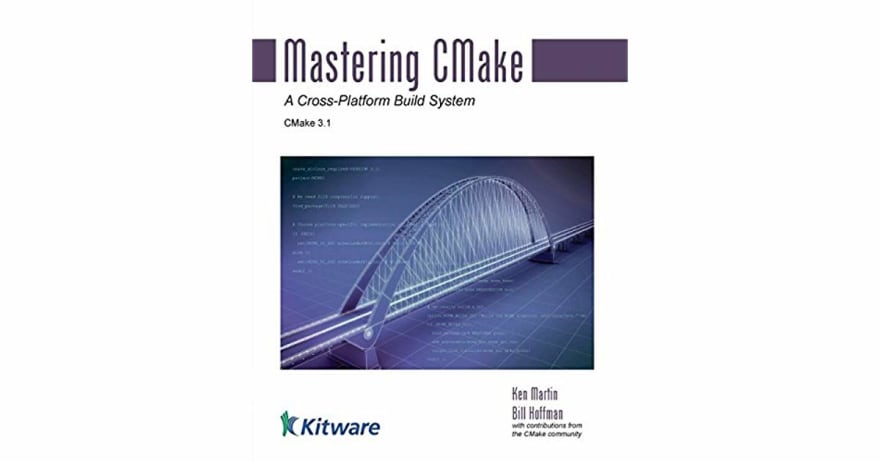 As part of the installation, you will receive:

Regarding the way to build software using CMake, can be simplified as:

If you run cmake --help, you will see all the possible parameters to provide to CMake. Don't worry: we'll learn how to use them in the future. First, I want to show you something that is really interesting: cmake has a set of commands that are totally cross-platform and can be used independently of the operating
system where you are running CMake. To get all these commands, just run cmake -E:

Why are these commands interesting? For instance: usually, I work with Linux. When I have to work with a Windows machine, I don't know some of the commands to do some regular tasks like removing a directory recursively. I can use the command from CMake (if CMake is installed in the machine ¯\(ツ)/¯):

These commands are really useful to maintain our build system totally platform independent.

Ok, it is the time to build a "Hello World" example. You'll be able to find a lot of them on the Internet, but I will try to explain some extra concepts.

Let's imagine we need to build this C application:

We will need to create a file called CMakeLists.txt in the same folder where the source code is placed. This folder is called source directory. The content of the CMakeLists.txt file will be:

The folder structure will be:

It is a good idea to have different source and build directories. This situation is called outsource build. Doing this separation, we can build the source code without modifying the source directory (what will make easier to deal with control-version softwares and other tools). To make possible this, we should reference the input and output files relative to the CMAKE_SOURCE_DIR, CMAKE_CURRENT_SOURCE_DIR, CMAKE_BINARY_DIR and CMAKE_CURRENT_BINARY_DIR CMake variables (these variables are automatically populated). Also, it is a good idea to add quotes to the paths to avoid issues with spaces in the path to the files and the CMake syntax.

Now, you have to move to the binary directory (cd ../build) and then we will be able to generate the build system running CMake:

The generator is the native build system to use build the source code.

By default, CMake will generate build files using the most common generator for your host platform (e.g., Makefiles on Unix-like systems and Visual Studio Solutions on Windows). You will need to specify the -G option to CMake to generate the build system with the desired generator. All the valid values are described described in the CMake documentation CMake Generators Section.

There are two kind of generators:

Important: pay special attention to the Visual Studio generators. You need to specify the platform with the -A parameter. For instance, to generate the build system for Visual Studio 2019:

Also, it is important to talk about CMAKE_BUILD_TYPE and BUILD_SHARED_LIBS:

So, if you want to generate a build system for a Debug/Dynamic configuration, we need to call CMake as follows:

Depending on the CMake generator used, you can build the source code running directly the native tool. For instance, if you generated an Unix Makefile build system, you will be able to build just running make.

Another option, is to use the cmake command line. For single configuration projects, you can build running cmake --build .:

And the application will be available in the binary directory (the location may be different depending on the generator used):

We can also specify what target do we want to build. This can be performed with the --target parameter.

If you are using Unix Makefiles, you can list all the targets with make help.

That target my_app was created by CMake using the add_executable builtin method.

C++ encapsulation, a tale of getters and setters ?

[C++] #include opencv2.xxx.h no such file or directory