English and Chinese are available. 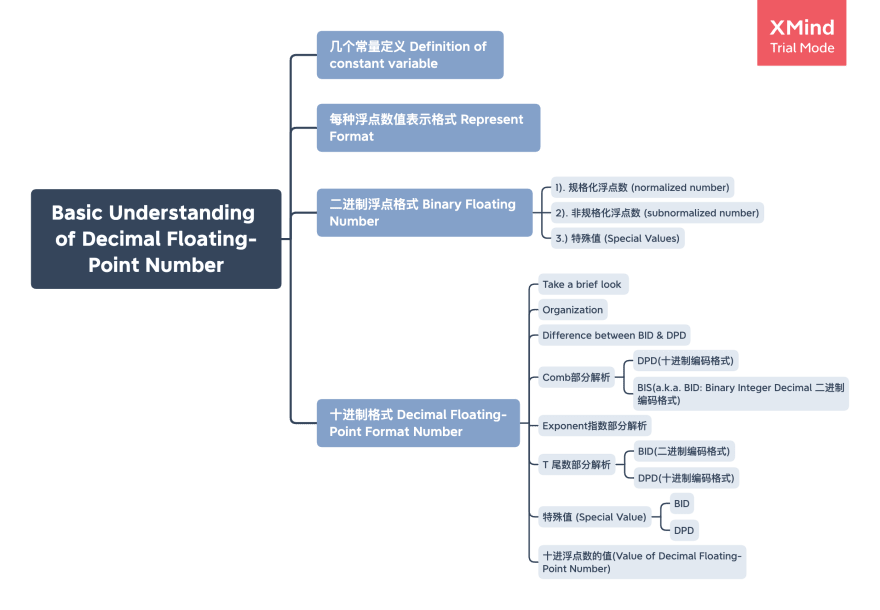 For all floating-point format，emin = 1- emax

The binary floating-point format is the familiar representation, which is also the standard of IEEE754-1985.

A binary floating-point number will be represented in this form:

S, E, T should be representing and storing in binary.

Why does bisa exist?

The opposite is Signaling NaN 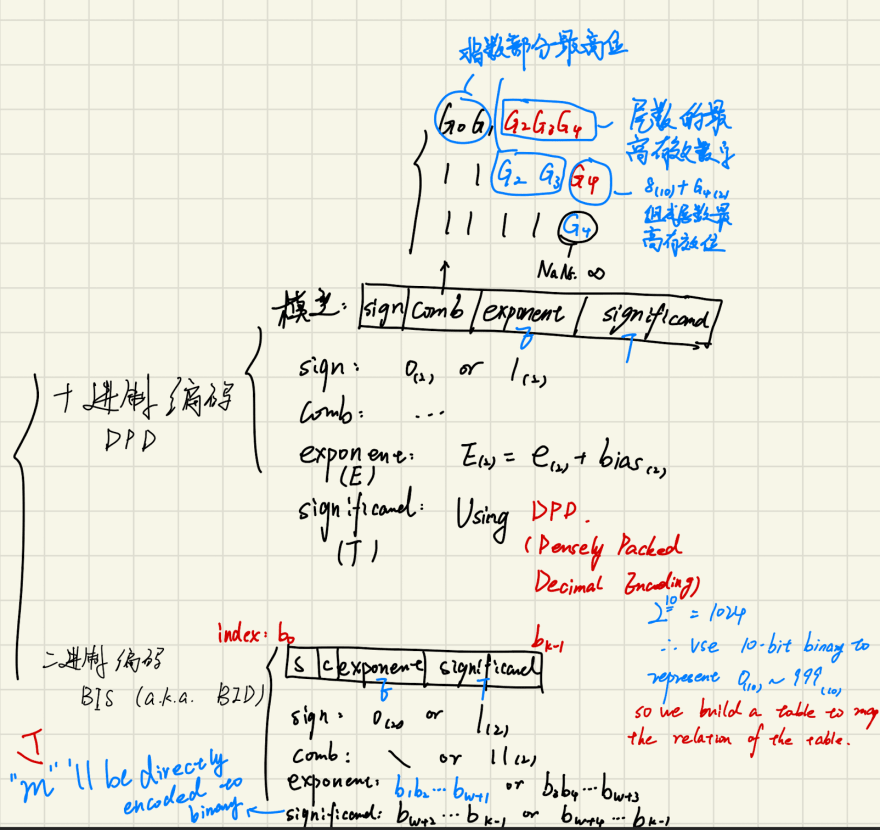 The values of T and E are calculated from the combined part and the respective continuation part (mantissa).

As for decimal encoding, some hardware directly supports decimal processing, such as IBM POWER. At this time, this standard is directly used to store and calculate numbers, or DPD encoding is needed to convert binary for storage.

0 and 100 on Significand Msbits is NOT represent in significand

This part can be calculate from Comb part.

The Comb part occupied 5 bis for Decimal64 and the 5 bits come from exponent(E) and significand(T).

G0G1 : is the most two bits of exponent.

G2G3G4 : is the most three bits of significand.

G2G3 : is the most two bits of exponent.

This means encodes the significand part to binary directly.

The start of exponent bit and significand are uncertain.

The start of exponent is up to the most two bits of the Comb.

Therefore, we index each bit of whole floating-number model from b0 to bk-1.

In both cases(BID DPD), the most significand which is hiden comes from the Comb part and the rest bits are rest of significand.

T will be encoded in binary directly.

In DPD encoding, an encoding that maps from decimal to binary is used in order to use the decimal in the mantissa, which is not code like 8421BCD -- it is a waste of space. For the new code, we want to find a positive power of two, such that the ratio of the smaller and closest positive power of ten to it is as close as possible to 1, in order to save space. On the other hand, the positive integer power of the two should be as small as possible, so that the granularity can be small, and it is easier to allocate space to floating-point format with small space.

(If we use BCD encoding method to represent decimal digits, 10bits can represent 2~3digits.)

How to represent digits by DPD table?

To the left are the DPD encoded values, and to the right are the original three-digit decimal digits (a.k.a: a declet).

How to represent in fomula?